MONDAY MORNING SKEPTIC: Is Snowden the Criminal—or is it the System? - WhoWhatWhy
Reading Time: 5 minutes 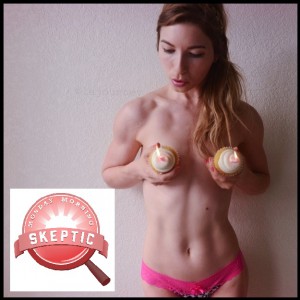 The late, great scientist and author Carl Sagan once observed that

One of the saddest lessons of history is this: If we’ve been bamboozled long enough, we tend to reject any evidence of the bamboozle. We’re no longer interested in finding out the truth. The bamboozle has captured us. It’s simply too painful to acknowledge, even to ourselves, that we’ve been taken. Once you give a charlatan power over you, you almost never get it back.”

Thus, after the highly disturbing revelations from Edward Snowden about the extent to which our government is totally out of control, monitoring us like right out of Orwell’s 1984, we get….an effort to shift news coverage away from the outrages themselves, to the messengers who warn us.

For example, watch ABC’s George Stephanopoulos spend almost his entire time in this interview with Julian Assange and Jesselyn Radack trying to demonize whistleblowers—rather than focus on the things they’re blowing whistles about.

As Stephanopoulos might have said, who cares about tyranny when you have a great (and, frankly, easy) job, earn around $10 million dollars a year and live in a $6 million apartment? What sorts of complaints could you possibly have that would risk bringing the iron fist down on you?

Notwithstanding this, GS gets credit for even allowing these alternative voices to be heard. The rest of the media is generally worse. They’re apparently happy to go to their creator having generated decades of inconsequential blather—rather than do the right thing and make the powerful (and their own bosses) uncomfortable.

Around the mediascape, we hear a lot of talk about Edward Snowden being a criminal, and needing to return home to face “justice.” But what about the possibility that people like Snowden actually are the forces of justice, while the criminals are the ones in charge of the system?

Not criminals, you say? How about creating or exacerbating “security threats,” then cruelly panicking the public into approving increasingly intrusive measures to bolster security? Isn’t that something like mobsters who throw a brick through a store window, then offer to provide “protection” against future brick-throwers?

No one wants to be at ground zero for another 9/11. But if we are to believe that those who expose the mega-surveillance system are themselves creating harm, then why not ask the government to document just how all this spying on us is making us safer?

If we are to accept the declamations of various agitated senators and congressmembers about how they’re effectively monitoring the monitors and everything was just fine until Snowden came along—well, how about asking them to prove to us exactly how effective they have been at keeping the keepers of the secrets in line?

What about asking the government to tote up all the great successes from spying on Americans, but first to subtract all those “terrorism cases” where participants were FBI informants or CIA assets or had other connections to the state? What about asking them to show us, plain and simple, an accounting of what the civil- liberties sacrifices and billions upon billions spent on “security” get us.

What about an open discussion of this proposition: The protectors, having created a vast, self-perpetuating bureaucracy, are not really protecting us so much as they are protecting themselves, their paychecks, their own power.

-Long before Edward Snowden, others were warning us about surveillance state excesses, abuses, and crimes—from James Bamford, a prolific author of books on the NSA, to insider whistleblowers like Thomas Drake, who faced lengthy jail time for daring to tell us the truth.

– 1.4 million Americans hold Top Secret clearances—is that because there are so many things that need to be kept secret, or because it’s handy to have a huge chunk of your smartest people signing away their freedom to level with us about unconstitutional acts by our own government?

-Spying on us is big business. We’re so stupid that we actually pay our tax dollars to have the surveillance contracted out to private companies that are getting rich off of sticking their noses in our business. Fully 60 percent of “intelligence” work is now subcontracted to the “private sector.”  Do you have any idea where all that money goes or what it buys? I don’t. And neither, based on reports of massive waste, corruption and incompetence, do the “insiders.”

-As many a DC journalist knows but does not say, key legislators we trust to “investigate” or provide “oversight” on the spy agencies have, over the years, historically been subject to blackmail on things that would destroyed their political careers. Others are compromised on a more banal basis—they and their spouses profit tremendously from the surveillance state and its ever-open wallet (as well as from all other manner of possibility.)

-Once the spook bureaus capture our information, we are counting on highly fallible computers and human beings to be able to analyze it all and identify meaningful connections. Oh brother! Or should I say Big Brother! I recall arriving at JFK airport, and being pulled into a room without explanation. After I sweated this out for a while, someone let me know that my name had triggered an alert. Maybe I was mistaken for Ras al-Bakr, sinister individual. Or maybe someone is just messing with me. Whatever, at least I didn’t end up at Guantanamo, held without charges in unspeakable isolation.

-Those who vilify the Edward Snowdens are often the same people re-enacting battles from the American Revolution or otherwise paying tribute to those who rocked the system. What constitutes a troublemaker? Don’t expect consistency on that.

One thing that constantly amazes me is how almost nobody is talking about this. Things get worse and worse and what do we hear people discussing? They are making small talk. People are more upset about the prospects of their sports team not making it to the championships or about the gender of Kate and William’s unborn royal baby than they are about becoming slaves in some Orwellian society that may be just around the corner.

Perhaps we get what we deserve. But perhaps we can change that equation.

If people can get all worked up about fictional horror stories on Netflix, maybe they can be made to care about the Nightmare on Pennsylvania Avenue, Reality Version.

Maybe we can all demand the truth about what’s being done in our name. To the Edward Snowdens. And to the democracy we revere.

59 responses to “MONDAY MORNING SKEPTIC: Is Snowden the Criminal—or is it the System?”