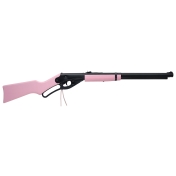 You’ve heard the business angle on America’s sad, sad day in Newtown, Connecticut?  In the wake of the slaughter of 20 children and 8 adults, merchants who have been profiting from the insane explosion of guns in America have been trying to stay out of the spotlight until outrage at this tragedy subsides, as it has after all the previous massacres of innocents in schools, malls and workplaces in recent decades.

One of these merchants is Dick’s Sporting Goods. State authorities are trying to see if there is anything to reports that the gunman, Adam Lanza, may have attempted to purchase a gun from a Dick’s in Danbury, just 12 miles from Newtown.

Dick’s, a huge national chain, is clearly in crisis mode. It announced that it was taking two measures in response to the bloodletting. First, it has halted all sales and displays of guns at its store closest to Newtown. Second, it is temporarily ceasing sales of “modern rifles” nationwide.

It takes just a second for that to sink in. Halting displays at a single store. And “temporarily” ceasing sales of a particular type of weapon often associated with human carnage.

Now, Dick’s is a full-line sporting goods store, so you can also get stuff like camping tents and baseball gloves, which are unlikely to result in mass murder.  But Dick’s likes guns plenty—it’s a huge profit center for the company.

Dick’s divides its products into three categories: Apparel, Footwear, and Hardlines. In 2011, hardlines which include sporting goods, fitness equipment, golf equipment, and “hunting and fishing gear” made up 52 percent of sales. A homey section of the store, called “The Lodge at Dick’s,”

stocks a broad range of high-quality equipment for a variety of outdoor pursuits, from hunting, camping and fishing, to kayaking and paintball.’… we make The Lodge a true destination store by providing on-site access to an array of value-added services, such as rifle-scope mounting, [and] bore sighting…

If you’re not already familiar with Dick’s Sporting Goods, fear not, because the company, which already has 500 stores, is coming to a mall near you! That’s right—all over the country, new locations are opening, with the most recent popping up in places like Fort Worth, Dayton, Spokane, and Jefferson City, Mo.

Anyone who sells guns is taking a carefully calculated risk. In its annual report for 2011, Dick’s puts in the mandatory investor boilerplate on potential risks to its profitability:

We may be subject to various types of litigation and other claims and our insurance may not be sufficient to cover damages related to those claims. …although we do not sell hand guns, assault weapons or automatic firearms, we do sell hunting rifles, semi-automatic hunting rifles and ammunition, which are products that are associated with an increased risk of injury and related lawsuits….We may…incur losses due to lawsuits relating to our performance of background checks on hunting rifle purchasers . Any improper or illegal use by our customers of ammunition or hunting rifles sold by us could have a negative impact on our reputation and business.

Dick’s is hardly alone in this story (we’ll have something to say in coming days about Cerberus, the private equity firm that is rushing to divest itself of the gun manufacturers it controls, including the company that made the rifle used in the slaughter.) Dick’s deserves scrutiny principally because of its size. But it is America that has a love affair with violence and fear—and the money to be made from it.

An official of NICS, the FBI’s gun purchase background check facility, said that on Black Friday 2012, it processed 154,873 checks–the largest number of transactions since launching in 1998, and a twenty percent increase over the year before.

So many gun dealers called NICS on Black Friday that the system went down twice—and ran at a crawl when it was operating. Would-be gun owners were none too happy. As reported by the Lewiston, Maine, Sun Journal, people were upset that they had to wait ten to twenty minutes to get a gun.

Customers at Van Raymond Outfitters in Brewer also had to wait on Black Friday. The store lost half a dozen customers because the system was down or the wait was too long, manager Rick Lozier said Monday.

“Sometimes it would take 10 minutes to get through and sometimes it was 20,” the longtime Brewer store manager said. “It was pretty much all day long. We still had a good day considering the holdups.”

Those who left empty-handed did so “from frustration from waiting,” Lozier said. “Overall, we’re not a patient society.”

Part of the rush, according to gun dealers, was fear that Obama might sign new restrictions on weapons. In towns in Maine, customers were “looking for assault weapons and high-capacity handguns.”

As the Tulsa World reported on “Black Friday” sales (that’s a most unfortunate term, referring of course to  the big sale day after Thanksgiving, not the very black Friday on which all those children and teachers died in Newtown) :

Jackye Hoover of Jenks said she went straight from Thanksgiving dinner to Dick’s Sporting Goods at the Tulsa Hills shopping center to be the first in line for an advertised deal. “I’m here to get an AR-15 for only $799,” Hoover said, describing a semi-automatic assault rifle on sale at the store. “It’s $300 off.” She said the Thanksgiving Day wait didn’t bother her, and she brought her teenage daughter to keep her company during the wait.

It’s interesting to note that Ms. Hoover’s purchase is described in the article as an “assault rifle,” in contrast to the statement in Dick’s annual report that “we do not sell hand guns, assault weapons or automatic firearms, we do sell hunting rifles, semi-automatic hunting rifles and ammunition, which are products that are associated with an increased risk of injury and related lawsuits

A Firearm for the Fair Sex

Dick’s is very conscious of its image as a good citizen. Its annual report has a nice page on “Corporate Responsibility.” Its charitable initiatives include a program to donate sports equipment to youth, and being a corporate sponsor of medical research and treatment of childhood cancers. Of course, these are not strictly altruistic—Dick’s, like most companies, gets a hefty public relations benefit for its very public association with such causes. Meanwhile, according to the Pittsburgh Business Times, Dick’s was one of several companies lauded for its commitment to diversity, with at least 25 percent of its executives being women.

That diversity does not necessarily manifest itself in the maternal instinct. According to the Anderson Independent-Mail in South Carolina,

…There are many more products for women to choose from…..

The National Sporting Goods Association’s annual sports participation report showed a 51.5 percent increase of women taking up target shooting over the past decade – from 3.34 million in 2001 to 5.06 million in 2011.

In an economy heavily bolstered by sales of guns and ammunition (a $4-12 billion industry), everyone has a stake in Dick’s well-being. It is the New York Stock Exchange’s 21st largest retailing company by market capitalization. Though its stock had been sliding in the week before the massacre, shortly before the onslaught Citigroup reaffirmed their “buy” rating for Dick’s. A contractor, GSI Commerce, which handles Dick’s substantial online activities, is owned by eBay.

As Investors Business Daily reported two days before the massacre, “If analysts’ forecasts are on the money, top-performing retailers of all stripes such as sporting goods chain Dick’s Sporting Goods…. should keep up their winning streak this Christmas period, with double-digit fourth-quarter earnings forecast by analysts polled by Thomson Reuters.”

Indeed, the day of the assault on Sandy Hook Elementary School, Dick’s Sporting Goods announced a special cash dividend because the company is just bursting with funds.

This additional return of approximately $254 million in cash to our shareholders demonstrates the strength of our balance sheet, the health of our business and a commitment to efficiently deploy our strong cash generation,” said Edward W. Stack, Chairman and CEO.

So who believes Dick’s (or any other gun dealer) is going to stop selling “modern rifles” (for hunting or otherwise) a second longer than it must to survive the current p.r. nightmare?

31 responses to “Get Your Pink Rifle at Dick’s! America’s Love Affair with Money and Violence”