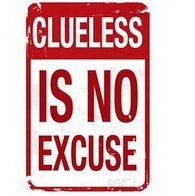 Conventional journalism is increasingly irrelevant in a time of crisis. We find abundant proof in a recent column from the New York Times’ so-called “Public Editor,” who is supposed to somehow magically represent the public interest and rarefied ethical values to the rest of the paper.

In this column, he says the media is having difficulty figuring out how to cover Occupy Wall Street and its offshoots.

What are the themes? How should The New York Times cover this movement that resembles no other in memory?

Certainly, media organizations are intrinsically better able to cover snapshot moments like official actions and pronouncements than movements or complex and subtly if rapidly evolving situations—like climate change, or Occupy.

In any case, for answers, the Public Editor turns to colleagues outside The Times, and solicits their wisdom:

To my mind, the compelling question driving the Occupy Wall Street story is: How come these people are so angry? And maybe more compellingly: Why did it take them so long to get angry? (We’ve been feeling the effects of a recession for more than four years….)

First of all, “we” (being Mr. Buckley) presumably are not feeling the effects of the recession in quite the same way as those who lost their homes and jobs. Second of all, this is not a protest over the recession. It is the result of a few brave souls who finally had had enough of a lousy system and took to the streets, inspiring others to (gradually) follow.

This certainly must be the first significant movement for which I can’t paint a picture of typical leaders and followers. How is that possible? Have I simply not followed the stories carefully? Or have we as journalists covered the forest and failed to profile the trees?

Here are some ways I’d identify the trees:

It takes a pretty smug, isolated—and nasty—fellow to write those words.

Keep in mind that these two men not only ran what were considered two of America’s better daily newspapers, but now are in charge of shaping young hearts and minds at journalism schools.

Their posture is akin to asking what the serfs could possibly be upset about. It’s treating Americans who are poor or fed up like they’re some exotic species just discovered. Yet their own publications have been reporting periodically (though certainly not constantly) on the corruption and inside dealing that constitutes our “American Dream” environment.

After these two, I just couldn’t stand to read what any others of the elect had to say. But one thing seems clear: The fact that these people don’t get it—that the entire system stinks, and that they’re part of the system—says everything.

It’s about doing the bidding of the rich and privileged. Playing ball, going to the right schools, joining the right clubs, saying the right things, knowing when to leave well enough alone, digging—but not too deep. Asking questions—but not the right ones. Treating malfeasance as an aberration rather than a terminal condition of our society.

The point here is that these institutions of inquiry—and the kinds of people chosen to run them— are not our best hope for understanding and solving our problems. We need to move on to something new, and better.