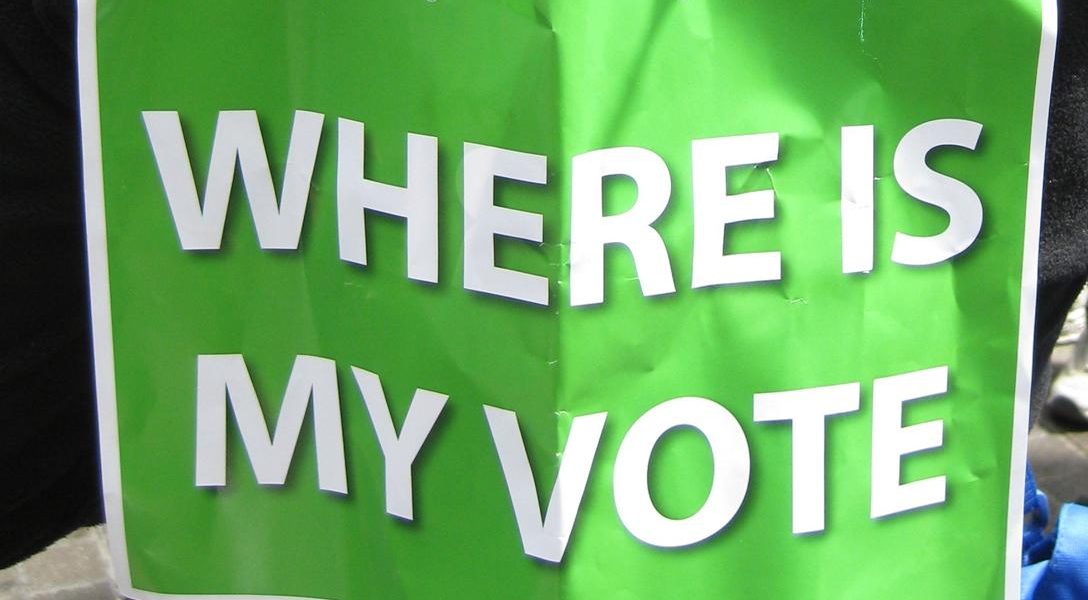 Who’s Stealing Your Vote? A Documentary

So far, press coverage of the basic problems with American elections has focused on the corrosive role of big money. But other issues are equally problematical, and deserve attention. A look back at two hotly contested presidential contests is instructive.

Although fat cats played their usual outsized role, the 2000 and 2004 presidential elections also saw unprecedented problems with—and manipulations of—the voting process itself. Voters were disenfranchised by a range of dirty tricks before the polls closed. Here are some of them:

• Circulating the false claim, largely targeting the elderly, that voters could opt to turn out on Wednesday instead of Tuesday.

• At the last moment, giving out false addresses for voting precincts.

• Announcing the winner, in key swing states during both elections—by a top Bush campaign leader. This had a large impact in Florida in 2000 when Katherine Harris, co-chair of George W. Bush’s campaign, ended the recount and declared Bush the election winner.

• Purging voters by falsely identifying them as convicted felons. In 2000, Jeb Bush had 12,000 eligible voters purged, according to the Brennan Center for Justice. “African-Americans, who favored Gore over Bush by 86 points, accounted for 11 percent of the state’s electorate but 41 percent of those purged.”  (In 2004, Bush tried to purge 22,000 African-Americans, and only 61 Hispanics. Hispanics in Florida tend to be Republican. This raised so many alarms, Bush dropped the attempt.)

• Using hackable Diebold voting machines.  Reported election results differed substantially from reliable exit polls, raising questions about results from an electronic voting systemdesigned and run by a handful of corporations. In 2003, a chief executive of Diebold said “I am committed to helping Ohio deliver its electoral votes to the president next year.”  To learn how this was likely achieved, see videos of Stephen Spoonamore, a cyber-security sleuth for credit card corporations who details a variety of dirty Diebold tricks.  (Spoonamore is a Republican more interested in Democracy than partisan politics.)  In 2007, Diebold Election Systems became “Premier Election Systems”— but is still owned by Diebold Inc.

As the 2016 cycle heats up, it’s worth taking a look at Free For All, a 2006 documentary by John Wellington Ennis, a self-proclaimed “normal dude” who took it upon himself to investigate the inner workings of an electoral system that appears to be broken. Ennis examines the causes of that breakdown through the prism of those contested elections, and highlights some of the people and institutions seeking to fix things.