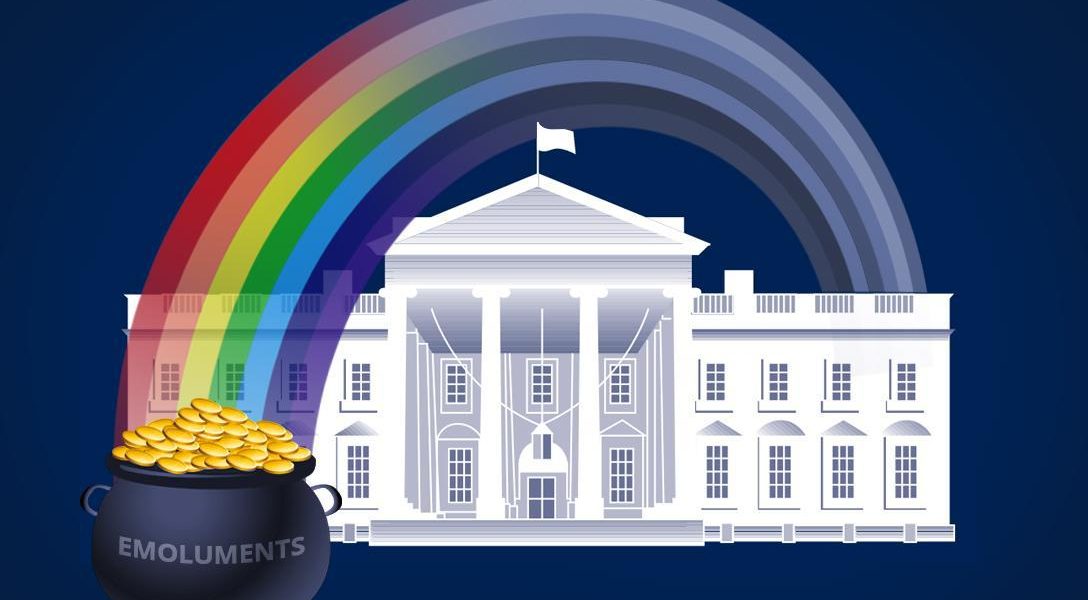 A Much-Needed Primer on the Emoluments Clause

Ethics experts believe that Donald Trump and his various business dealings in the US and abroad will test the nation’s conflict of interest laws like no other president before him.

The Emoluments Clause of the Constitution has played a particularly large role in the discussions of whether Trump would need to sell his company (which he did not do), set up a true blind trust (which he also did not do) or take other steps to ensure that he does not run afoul of the law.

But what is the Emoluments Clause? Watch this short video featuring Norm Eisen and Richard Painter, who served as chief White House ethics lawyers under President Barack Obama and George W. Bush, respectively.