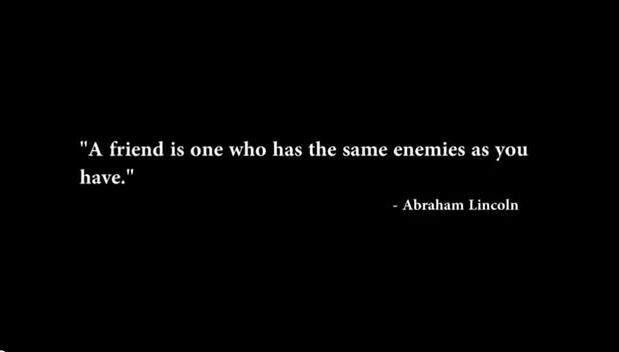 Could Barack Obama be done in by a particularly effective dirty trick video? Start with a sponsor having a secret agenda, add in an attractive 23-year-old and a completely different, hot-button issue, spread that message far and wide, and bingo! You’ve got a whole new game.

Back in late September, a 19-minute video appeared online. Within three days, it had more than 650,000 views. Glenn Beck’s website, the Blaze, highlighted it. And now, millions have seen it.

It’s enough to alarm all kinds of people, and not just Jewish voters. Because beneath the literal message one gleans a barely subliminal one: Obama is some kind of Third Column agent, a real danger not just to Israel’s safety and well-being, but to America’s. The video has gotten plenty of play. It had already gotten 650,000 views in just three days in late September when Glenn Beck’s site The Blaze picked it up and boosted it—and has since rocketed to more than two million views to date.

As the now-legendary Muslim-baiting video shows us, we’d do well to pry a bit into how these productions came about. In seeking to learn more about the origins of the video, we tracked down “Irina,” whose real name is Irina Kot, and asked to interview her. After some back-and-forth via email, in which she wanted to see our questions in advance, she decided to decline, and has not responded to follow-up messages.

That someone so outspoken and public in her film role should be so reticent struck us as odd. So we looked further. We focused on the brief identifier at the end of the video: PAID FOR BY RIGHTCHANGE.COM II, INC.

Research shows that RightChange is the brainchild of a fellow named Frederic Eshelman. Now, given the content of the video, and the surname, one might reasonably conclude that Mr. Eshelman is, like Irina, Jewish, and particularly concerned about Israel.  However, genealogical records show Eshelman descended from non-Jews of German extraction who fought in the American Revolution. His family are members of the Sons of the American Revolution, and his father’s obituary identifies him as

The father was both a Republican committeeman and a frequent and substantial donor to Pat Buchanan—who if anything was a critic of Israel. Perhaps the son has different views, but we found no evidence.

Indeed, no pro-Israel or other Jewish activity on the part of Eshelman turned up in searches we did.  Nor did we find him a vocal part of the evangelical movement which sides strongly with Israel.

The answer seems to be this: his real beef with Obama is far less saleable to the public.

What is Eshelman Really After?

Eshelman originally made headlines back in 2008 for a last-minute ad blitz intended to sink Obama, and in 2010 for his enormous media buys, which put intense pressure on vulnerable Democratic senators and may have helped Republicans gain control of the House of Representatives.

The 2008 ads went after Obama over economic policy, then close to the election switched to ads with images of the 9/11 attacks, and the message, “Tell Sen. Obama: Don’t undermine the terror strategy that protects us.”  It featured provocative footage—the Twin Towers, dark-skinned men building a bomb, the detonation; and an image Obama next to another of terrorists driving a van.

In 2008, Eshelman provided RightChange with more than $5 million of its funding, putting him in the league of the Right’s bogeyman, George Soros. In 2010, RightChange spent $3 million in the final stretch of the campaign.

RightChange’s website doesn’t impart a sense of being single-issue focused. The Israel angle displayed in “Absolutely Uncertain” does not register as a dominant cause for RightChange. This, and the decision to focus the film on a self-described liberal Jew and Obama voter—hardly someone to be carrying the banner for Republicans and right wing policy—are noteworthy.

This election RightChange has converted from a tax-exempt 527 organization, where donors’ identities must be disclosed, to Rightchange.com II, Inc., a 501(c)(4) nonprofit “public welfare” entity where donations are not tax-deductible, but which—significantly–is not required to reveal donors.

In February, 2008, he testified before a House investigative subcommittee regarding a clinical trial in which an Alabama doctor his company had hired to participate had committed fraud by falsifying her results, and the doctor ended up with a 57-month jail sentence. Eshelman told the committee that his company had notified Aventis, the pharmaceutical firm that had sponsored the trial, that it detected irregularities in the clinic, but did not terminate her or notify the FDA as that was Aventis’s responsibility.

The House Committee hearing was part of an inquiry into why the Food and Drug Administration had approved the drug Ketek, despite known fraudulent clinical research about its safety. Ketek, which was intended to treat mild to moderate respiratory infections, can cause “severe liver damage,” according to the FDA.

The same year Congress called in Eshelman, he began pumping huge sums into national politics—first to his local North Carolina congressman, then to defeating Obama and seeking to influence many close national races. One of RightChange’s ads shortly before the 2008 election warned that Obama’s tax plan would “punish small businesses.”

It’s not clear how a “small business” like Eshelman’s has been hurt. According to the database at FedSpending.org, his company has received more than $100 million in federal contracts from 2008 to the present.

Eshelman did not respond to WhoWhatWhy’s request for an interview made via e-mail to RightChange. But in an emailed statement to his local newspaper, the Wilmington, NC StarNews, in 2008, Eshelman laid out only the most vague and general reasons for seeking to sway the course of national politics:

“I founded RightChange.com because it was increasingly clear that politicians on both sides were not being straight with Americans on tax and economic policy. When I tried to get information, I couldn’t find a place to go for people who believe in free markets and that government is not the solution to our problems.

Contrary to this assertion about the need for “straight” information, RightChange’s past ads have come under scrutiny and criticism for themselves being highly misleading. For example, this summer it produced an infographic, widely distributed on Facebook and other platforms, that inaccurately laid $5 trillion of the national debt at the feet of the “Democratic majority.” You can read about other blatantly misleading assertions from RightChange here.

RightChange is yet another example of “astroturf”—one person or a handful of people seeking to generate legitimacy by claiming a fundamentally non-existent broad base. On its website, RightChange says it “has grown into a national movement with over 642,000 supporters.” But by all appearances, it’s a straight Fred Eshelman, Inc. production. In 2008, he provided$2.7 million of its $3.8 million budget.

Somebody smart, it seems, is giving Eshelman advice. In today’s world, it’s far cheaper to go on the offensive, take the fight to the “enemy’s” turf, and use whatever you can come up with, than it is to just play by the same rules everyone else has to.

Unless the sponsors choose to tell us, we can only guess about the calculations behind this propaganda  video. One possible intended audience is American Jews in swing states, particularly Ohio and Florida. This key Democratic voting bloc—85% of American Jews self-identify as Democrats—has been openly targeted by the Republican machine of late, largely using the issue of Israel and insufficient Democratic fealty to the Jewish state as a wedge with which to pry an otherwise generally liberal population from its more natural political coalition.

This election season has seen the emergence of a cadre of deep-pocketed players eager to influence voters using whatever works. These tactics have ranged from Super Pac media buys to open letters in which CEOs warn employees of downsizing if Obama is re-elected. But stoking the fears of Jewish and other voters about terrorism and chaos in the volatile Middle East, when the real issue may be a far more banal and selfish one—that suggests a new low in cynical manipulation masquerading as public-interest activism.