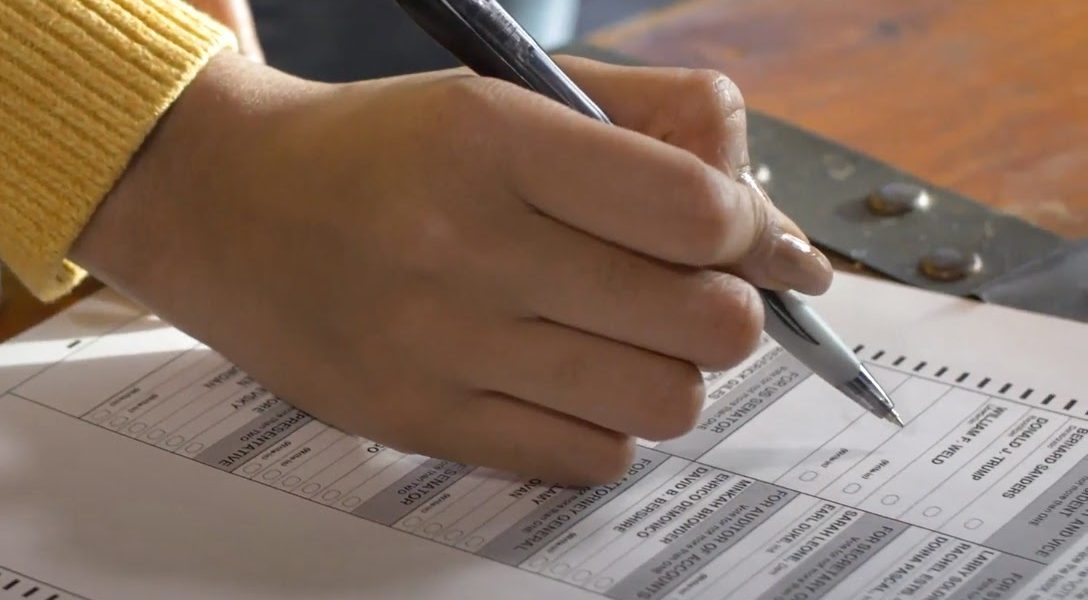 Nearly a million Democrats turned out last Tuesday to vote in Georgia’s primary election. That is triple the number that cast a vote in 2016. The process came under fire after it was plagued by machine breakdowns, confusion, and hours-long wait times — in addition to health concerns due to the coronavirus.

While Republican Secretary of State Brad Raffensperger said he would launch an investigation into the primary day problems — which occurred disproportionately in minority counties — his office is blaming local elections officials. Those officials in turn have criticized the state, insisting that it is Georgia’s responsibility to train staff to deal with the new election equipment, recently introduced simultaneously throughout the entire state.

Even without the machines breaking down, activists say the vote is not secure with this new system, in which Georgia invested hundreds of millions of dollars. Three different stages of the voting process are now computerized, but the new system creates no permanent records. As a result, there is no backup for comparison, should a recount be necessary. Voters sign in via computerized pollbooks, then use touchscreens to input their ballot choices. A paper is printed out with a code that records the actual vote, but this code can only be read by a machine. The paper is, in the end, fed into a scanner that reads the code and counts the vote.

Besides the fact that it is impossible for any human being to read the actual vote for verification, a myriad of other problems and security concerns arise when voters face this complicated, multi-step system. If the machines are hacked, for instance, the entire system can go down, since the votes are recorded as encrypted QR codes. If those codes are re-rigged with negative instructions, a malfunction might occur, losing or miscalculating all the votes.

Even if there is no malicious hacking, malfunctions in the machinery can cause massive problems in the voting booths. On Tuesday, for example, many of the scanners rejected the ballots and proved incapable of reading them, according to Marilyn Marks, executive director for the Coalition for Good Governance. She said her office fielded hundreds of calls on the morning of the primary, as people struggled to cast their votes. With fewer poll workers and minimal training, many counties discovered that when technical difficulties arose, there was no efficient way of dealing with the problem. The only solution was to wait for a technician, which often took hours.

In these cases, voters were given provisional ballots, which are harder to count because poll workers have to research additional information — such as names, addresses, and ages — and are then required to tabulate the ballots by hand to ensure each vote is correctly recorded and attributed to the right person.

Activists continue to advocate absentee mail-in voting, which uses hand-marked paper ballots. Raffensperger’s decision to mail every registered voter a ballot — encouraging voting by mail, due to the pandemic — is credited with some of this meteoric rise in voter turnout, though there have been numerous reports of absentee ballots being requested and never arriving. The state also allowed for early voting in the months before primary day.

Voting by mail has its own issues, particularly since some votes may not be properly counted because of user or tabulation errors. At least four counties in Georgia have reported issues verifying absentee ballots, stating that the most common error involved voters putting only a check mark or an X in the circle indicating their choice, instead of filling it in completely. As a result, the mechanical tabulator was frequently unable to read the vote, so it discarded the ballot. In these cases, it is necessary to have a human go over the ballots by hand. At least with mail-in ballots, this is an easy enough proposition, even though it is time-consuming.

Turnout was not quite as strong for the Republican primaries, but Georgia had no contested Republican seats, and a Republican incumbent is the party’s unopposed presidential candidate.