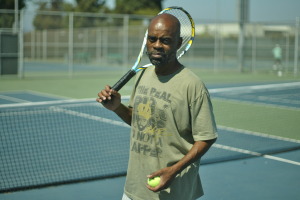 Before “Freeway” Ricky Ross gained infamy as a $3 million-a-day Los Angeles crack dealer with hidden CIA support,he was headed to college on a tennis scholarship.

In the most explosive episode of RadioWHO yet, Ross gives host Guillermo Jimenez his definitive answer about the CIA’s motives to sponsor drug dealing. Was it just to support the Nicaraguan Contra rebels, or a plot to harm black Americans?

Ross rose to national infamy in 1996 after he featured prominently in investigative journalist Gary Webb’s “Dark Alliance”series, which unearthed the CIA’s involvement in drug dealing to help pay for the Contras.

Webb’s scoop would lead to hiseventual professional undoing and suicide, now the subject of the movie “Kill the Messenger”, starring Jeremy Renner.

Tune in now to RadioWHOto hear straight from the mouth of a man at the center of one of the CIA’s murkiest operations yet.