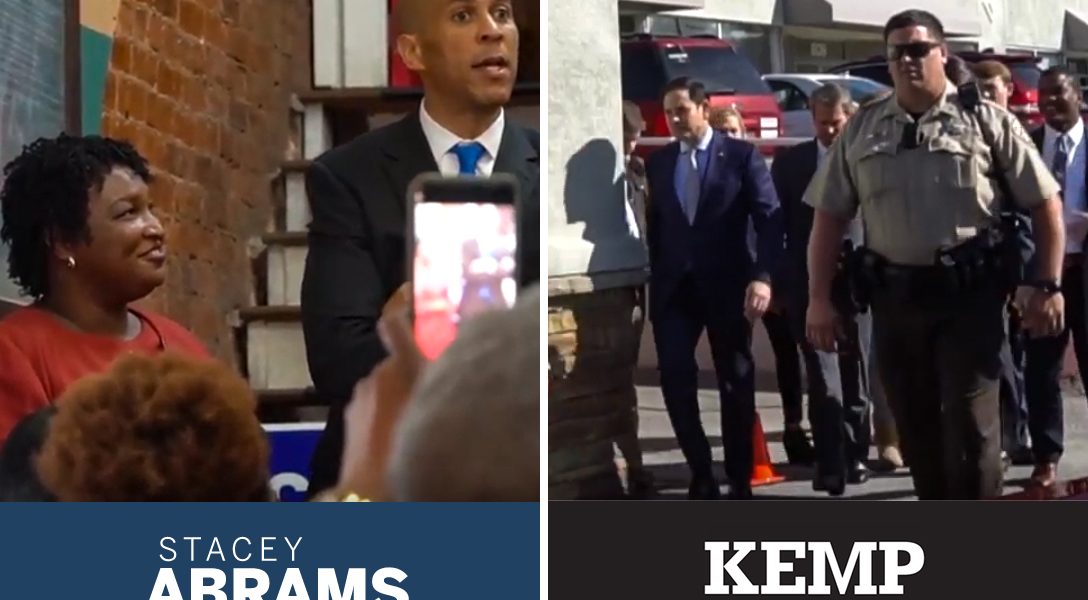 The contrast in styles between two recent campaign stops in Georgia could not have been more stark. On Sunday, Stacey Abrams, who is vying to become the nation’s first female African American governor, held a boisterous, open-door rally with Sen. Cory Booker (D-NJ). The next day, Secretary of State Brian Kemp opted for an event with Sen. Marco Rubio (R-FL), for pre-registered supporters, that was closed to most journalists. Abrams and Booker had no apparent police protection, whereas Kemp was flanked by law enforcement personnel.

WhoWhatWhy attended (or tried to attend) both rallies to speak with supporters of both candidates regarding reports about the kind of voting obstacles people of color routinely face — in a state where candidate Kemp has been responsible for running elections the past eight years.

The views expressed could hardly have been more antipodean. While Abrams’s backers lamented well-documented difficulties with absentee ballots and voter registrations, Kemp’s supporters argued that the stories were merely propaganda and that campaign workers who were “not too bright” incorrectly filled out voter registration forms for “indigents” and others who would not have voted anyway.

They’re the kind of comments that have to be heard to be believed. So here is our video comparing the two campaign stops.