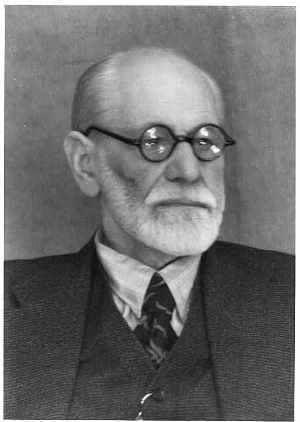 Outside the Box Video Series: The Century of the Self This 4-part BBC mini-series aired in 2002, tracing the development of Freudian psychology and its exploitation by advertising to manipulate people into wanting things they don’t need. The documentary describes the impact of Freud’s theories on the perception of the human mind, and the ways public relations agencies and politicians have used this during the last 100 years for their engineering of consent. Among the central characters are Freud himself and his nephew Edward Bernays, who was the first to use psychological techniques in advertising. He is widely regarded as the father of the modern public relations industry.

The Century of the Self asks deeper questions about the roots and methods of modern consumerism and representative democracy. The series also questions contemporary attitudes toward identity as expressed in fashion.

Part 1: Happiness Machines – Part one documents the relationship between Sigmund Freud and his American nephew, Edward Bernays, who adapted Freud’s ideas in the 1920s to techniques of mass manipulation.

The Century Of The Self 1 of 4 Happiness Machines (17 March 2002) from Erich Nolan Bertussi on Vimeo.

Part 2: The Engineering of Consent – Part two explores how those in power in post-war America used Freud’s ideas about the unconscious mind to try to control the masses. Politicians and planners came to believe Freud’s underlying premise that deep within all human beings were dangerous and irrational desires –which could be channeled to benefit the manipulators.

The Century Of The Self 2 of 4 The Engineering of Consent (24 March 2002) from Erich Nolan Bertussi on Vimeo.

Part 2: The Engineering of Consent

Part 3: There is a Policeman Inside All of Our Heads, He Must Be Destroyed – In the 1960s, a radical group of psychotherapists challenged the influence of Freudian ideas, which led to the creation of a new political movement that sought to create new peoples, free of the psychological conformity that had been implanted in people’s minds by business and political manipulation.

The Century Of the Self 3 of 4 There is a Policeman Inside All Our Heads He Must Be Destroyed (31 March 2002) from Erich Nolan Bertussi on Vimeo.

Part 3: There is a Policeman Inside All of Our Heads, He Must Be Destroyed

Part 4: Eight People Sipping Wine in Kettering – This episode explains how politicians turned to the same techniques used by business in order to read and manipulate the inner desires of the masses. Both Tony Blair’s New Labor in England and middle-of-the-road Democrats led by Bill Clinton tested policy proposals on focus groups to best learn how to advertise them to the public.

The Century Of the Self 4 of 4 Eight People Sipping Wine in Kettering (7 April 2002 from Erich Nolan Bertussi on Vimeo.