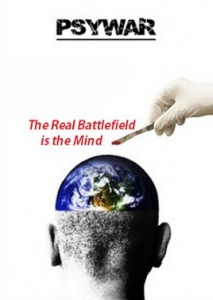 Outside the Box Video Series: Psywar Psywar expands upon the conclusions of Human Resources (which we previously featured), laying out more concretely how modern propaganda is created, disseminated and consumed. Opening with multiple documented instances of outright propaganda orchestrated by the Bush administration during the Iraq War, the film traces the history of public relations as a mode of social control from its onset in the 19th century. Less overt narration would be ideal, allowing the expert interviewees to speak for themselves, but the history presented in the film is essential for any skeptical news consumer who wants to understand the methods behind the disinformation dominating today’s media.