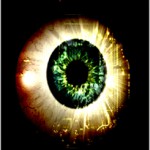 Outside the Box Video Series: Human Resources: Social Engineering in the 20th Century Human Resources: Social Engineering in the 20th Century is a film in a vein similar to The Century of the Self, examining the developments in social control that have occurred since the late 19th century. Slightly rough around the edges, the film’s production quality is less than ideal, but the ideas and history it explicates provide important background to understanding the modern repertoire of mass propaganda.
[youtube http://www.youtube.com/watch?v=4rnJEdDNDsI?rel=0]
GRAPHIC: http://www.documentarystream.com/images/human-resources.jpg