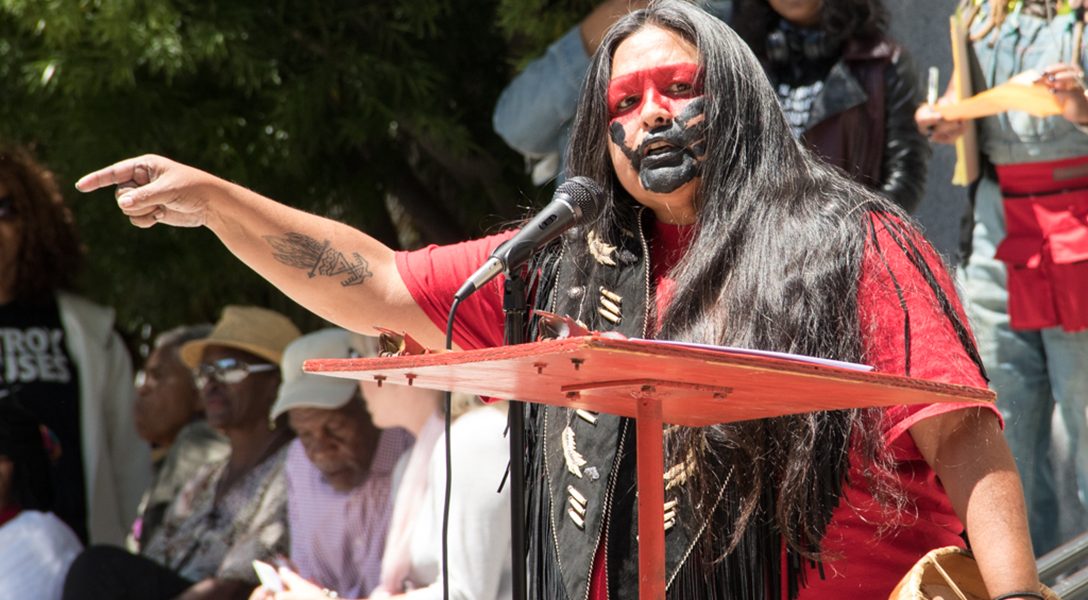 While the number of murders and abductions of indigenous American women has dramatically increased over the past two decades, there does not seem to be a parallel increase in the desire to find out what is behind this alarming phenomenon.

In order to provide an intimate look at the Native American victims in this crisis, Al Jazeera, a media network owned by the Qatar government, produced “The Search: Missing and Murdered Indigenous Women,” as part of its Fault Lines series.

They followed the lives of three families, all of whom had lost a daughter or close family member and were left without answers or support from the authorities.

Among them was the family of Henny Scott, a 14-year-old who disappeared while living in the Northern Cheyenne Indian Reservation in Montana. Her mother, Paula Castro, recalls how casually her plea for help was dismissed by the Bureau of Indian Affairs, a federal agency.

“The reason I was down there [reaching] out to them, was because I needed help … And when they told me, you know, ‘Did you check her friend’s house? Or, maybe she’s got a new boyfriend, did you check there?’ Yeah, I checked there, that’s why I’m here.”

No alarm was issued by the police for Henny’s search until two weeks after her mother reported her missing. Henny may not have suffered the fate she did if the police had expeditiously pursued the investigation, or issued a timely alarm.

Henny was found covered in snow behind a house. The coroner said she died of hypothermia, but her mother was not convinced: “I don’t think she died from hypothermia. I have pictures of her nose being broken, you can just tell her nose was broke and she had bruises. But they told me that there was nothing on her, that there was no foul play, but she was bruised, and she had her nose broke and had bumps on her forehead.”

Henny was only one of many indigenous women featured in this video who were allowed to suffer because of fundamental failures by the authorities. This video examines exactly why this specific group continues to suffer murders and abductions without sparking public outrage.

“Native or non-native, [the system in place] teaches folks to undervalue native women, to see us as less than human, to see us as exotic and sexy and easy to use and abuse,” explains Annita Luchetti — a doctoral student working on research through the Sovereign Bodies Institute, and a Cheyenne descendent.

Indigenous women fall at the intersection of colonialist and patriarchal values; they struggle against entrenched attitudes of neglect and discrimination to gain the respect and recognition that might prevent these tragedies. For more, watch this video.