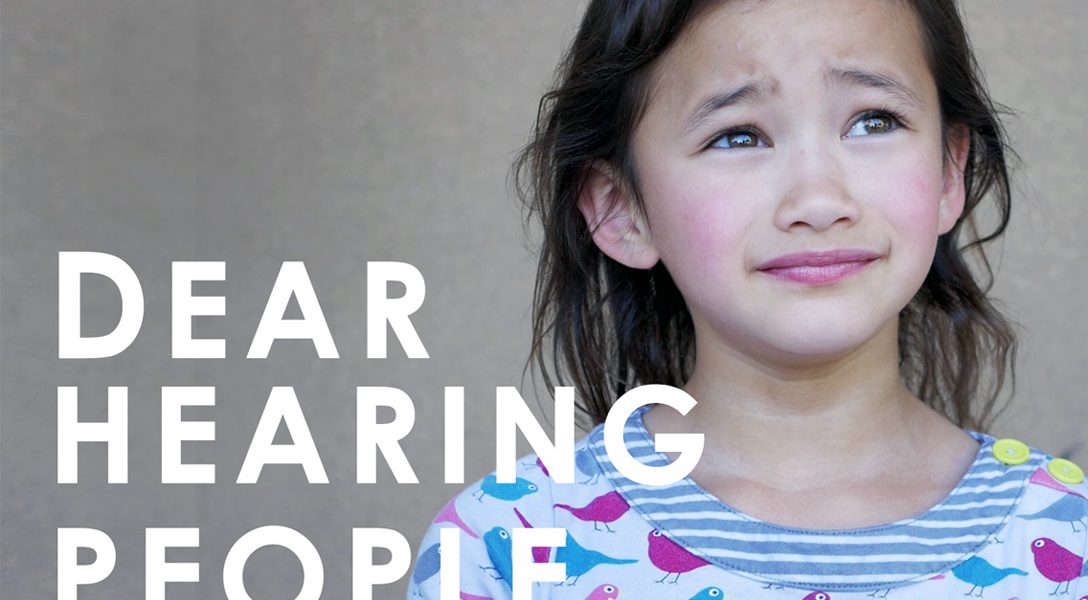 Leave My Culture Alone — Breakthrough on Hearing Not Welcomed by All

Following a scientific treasure hunt of 40 years, a protein responsible for turning sound into the electrical impulses that enable people to hear has been identified. Boston-based scientists have described this as finding “the central piece of the puzzle” in the mechanics of hearing; researchers think the next steps will lead to people hearing for the first time.

News of the potential breakthrough, however, has been greeted with mixed emotions by some in the Deaf community — with some seeing it as a threat to their whole way of life.

Hearing and the ear have been studied at great length for centuries. Each tiny membrane and bone of the ear has its own label, very often named after the anatomists that discovered it. But precisely how sounds are converted into electrical signals to the brain has been a mystery — until now.

Deep inside the ear’s cochlear duct — the part of the inner ear that spirals like a shell — are membranes which hold microscopic hair cells. The newly discovered “transmembrane channel-like 1” proteins (TMC1 for short) sit on top of these hair cells, and open and close when sound waves move the membranes around it.

Jeffrey Holt — professor at Harvard Medical School and Boston Children’s Hospital, and senior author of the research — takes up the explanation: “When they open, they generate electrical signals that are then transmitted to the brain, where the sound is perceived. TMC1 is an ion-channel protein, meaning that it allows ions [charged atoms or molecules] like calcium and potassium to flow into the cell and generate an electrical signal.”

The discovery, which proves a hypothesis presented by Holt and his team in 2011, has been accepted as conclusive proof of TMC1’s involvement in the process of human hearing by peers in the field. This result has been a long time in the making: a “breakthrough” in 2000 proved to be a false hope when results found in flies did not transfer through to mammals.

While this is a major step forward, Holt warns against any idea that it will lead to a fast fix to hearing loss: “There are other pieces that are required for converting sound into electrical signals, and we want to figure out how all those pieces of the puzzle fit together. We’re hopeful that by understanding how the protein works, we can design therapeutics to restore auditory function in humans.”

Comments such as these can be seen as highly offensive to some in the deaf community who do not see their state as impaired, only different. See for example the tweets below in response to a British news piece reporting how a baby had “no limit” after the implantation of a state-of-the-art hearing aid.

Change the headline to:

Mother sees own child as broken and in need of ‘fixing’ so that he can see his deafness as something that limits and holds him back.

Because god forbid a Deaf child grows up to be successful with sign language and exposure to a new world https://t.co/1MxjaGNyz4

The thread that follows the original tweet is a microcosm of the debate that has taken place over what it is to be deaf during the past fifty years or so — a debate that grew even more intense with the introduction of cochlear implants. The implants were heralded as a cure for deafness when they received FDA approval in the early 1980s, but some in the deaf community have chosen not to use them — refusing to subscribe to the idea that deaf people need “fixing” at all.

When a deaf person hears for the first time it is an emotional, exciting moment, but then after the initial thrill come years of learning how to hear and how to speak. After wearing implants for years some discontinue using them, because they are seen as hindering the user’s connection to “Deaf culture.” The World Federation of the Deaf defines Deaf culture in the following way: “Deaf people as a linguistic minority have a common experience of life, and this manifests itself in Deaf culture. This includes beliefs, attitudes, history, norms, values, literary traditions, and art shared by Deaf people.”

This culture is alive and well, as shown by the joy expressed in this tweeted video of a girl sharing the news that her mother has decided to learn ASL so she can fully integrate with her daughter’s world.

The first video this week gives a window into the complex relationship between the deaf community and the rest of society. The second is a fascinating overview of how hearing works — the part of the ear where the newly discovered protein comes into play appears around the five-minute mark.