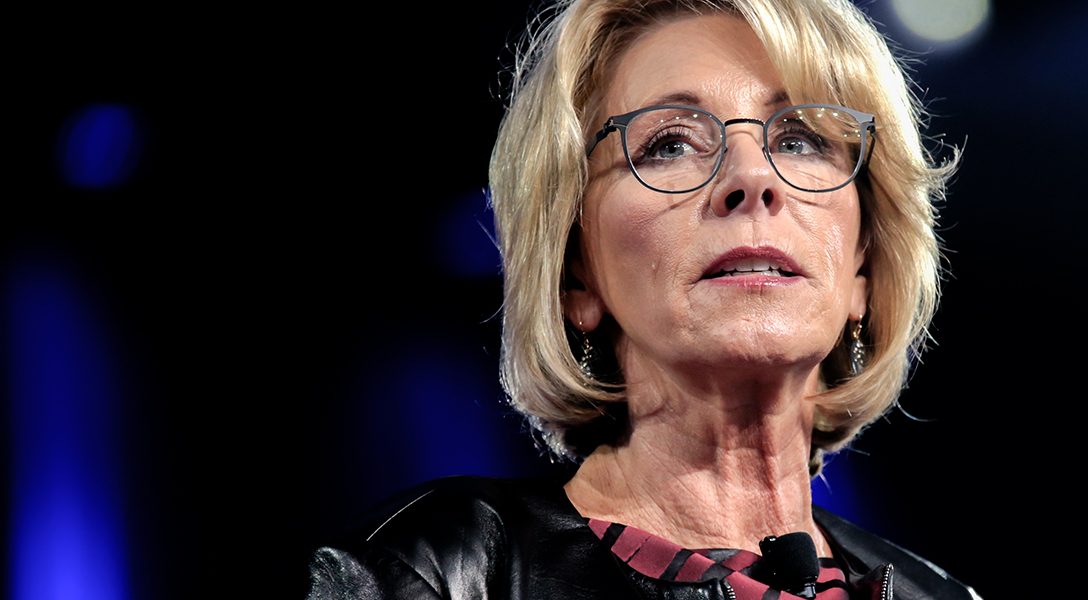 Just this week, the attorneys general from 18 states and Washington D.C. sued Education Secretary Betsy DeVos for delaying borrower defense rules that were scheduled to take effect on July 1.

The rules were designed to protect student loan borrowers who had been defrauded by their institution and offered a streamlined process for filing claims. This would make the institutions themselves responsible for any cancelled student loan debt as well as prohibit mandatory arbitration clauses which limit students’ ability to take their disputes to court.

The borrower defense rules — intended not only to alleviate an unfair burden on students, but also increase accountability for institutions — were drafted after a chain of for-profit colleges declared bankruptcy in 2015.

It comes as no surprise that for-profit colleges were displeased by this and in March, the California Association of Postsecondary Schools (CAPPS) filed a lawsuit against the Department of Education; DeVos cited this legal challenge as reason for the postponement, adding that the rule would cause “a muddled process that’s unfair to students and schools, and puts taxpayers on the hook for significant costs.”

Spearheaded by Massachusetts Attorney General, Maura Healey, Thursday’s lawsuit argues that the delay violates the Administrative Procedure Act (APA). In defense, DeVos cited section 705 of the APA, which makes allowances for such delays when “justice so requires.”

In April, New York Attorney General Eric Schneiderman sued the Department of Energy under similar circumstances. A total of six Obama-era energy efficiency standards were delayed and Schneiderman argued that the APA had been violated.

The same month, the Department of Labor came under fire for delaying a long-awaited rule that would significantly decrease the permissible exposure limit to silica dust for construction workers.

On Monday, a federal court cancelled the EPA’s attempt to delay implementation for new regulations on methane emissions.

With the Trump administration seeking to freeze regulations across several agencies, the APA is being put to the test and it’s increasingly important to understand how it works and why it’s necessary. We’ve compiled videos that break down the APA and offer some insight into the significant role government agencies play in modern lawmaking, as well as one on the opposing view that these agencies are too heavily involved in legislating.

Related front page panorama photo credit: Adapted by WhoWhatWhy from Cabinet by the Office of the President of the United States