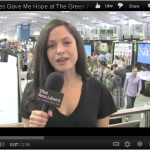 Is news often just…(pardon us) bullshit? Watch this video and find out. video appears to have been taken down. therefore, whatever it was MUST have been true and troubling…. can you refind it and repost it?

that was the best fair and balanced news coverage I have ever heard, very refreshing!!

Why is there a media blackout on Congress’ impeachment proceeding with “President” Obama?

Because it’s not an impeachment “proceeding.” It’s some ridiculous “sense of congress” nonsense that isn’t even likely to pass and wouldn’t mean anything if it did.

That’s what to report, here’s how to report: http://www.youtube.com/watch?feature=player_embedded&v=aHun58mz3vI

Can’t beat the Onion for calling the MSM on its bullshit, although in this case I think I might have called it bearshit.

Duh. As just the most recent example, while the media feigned paroxysms of outrage over the bipartisanly contrived Kabuki debate over contraception, culminating in wall-to-wall coverage of the furore swirling around Limbought’s vulgar commentary, Molotov and Von Ribbentrop concluded an Aggression Pact against Iran. Ho-hum, the decision to attack another oil-rich Middle Eastern country has been taken, and the people’s eyes remain wide shut because the media has hidden another history altering decision in plain sight. The media covers the attack on Iran as a fait accompli instead of as a monumental issue of war and peace to be settled Constitutionally by the sovereign citizens of this nation. Where’s the goddamn emphasis on the unpredictable but predictably awful consequences of an attack on the Tehran regime!

lol. i loved this .i  e-mailed it all over