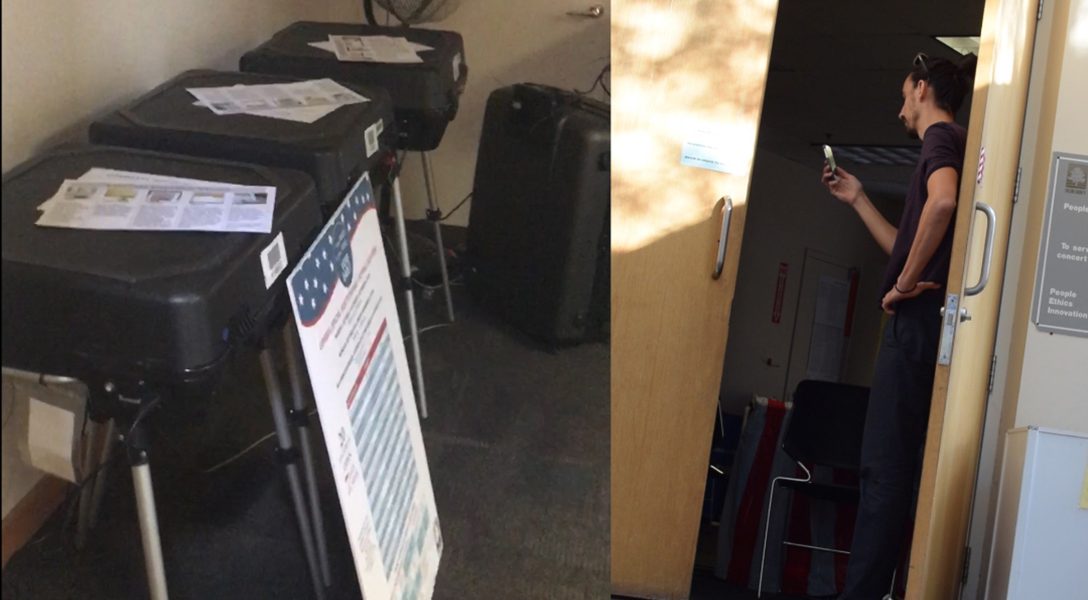 Election security experts are deeply concerned about vulnerabilities in Georgia’s election infrastructure, so you would think that the authorities would do everything in their power to ensure that hackers cannot get their hands on one of the state’s voting machines.

But you would be wrong.

WhoWhatWhy’s team on the ground discovered that several voting machines were left completely unguarded in an unlocked room at a polling place in Fulton County on the day before early voting started.

What made matters even worse, anybody walking by this public place could see the machines from the outside. This stunning lack of security measures would have made it easy for any hacker to slip into the room undetected for the few minutes it takes to hack one of these machines.

Check out the shocking video below to see for yourself how completely unguarded the devices were — and keep in mind that Georgia uses voting machines with no paper trail, which means that any tampering would likely go undetected.