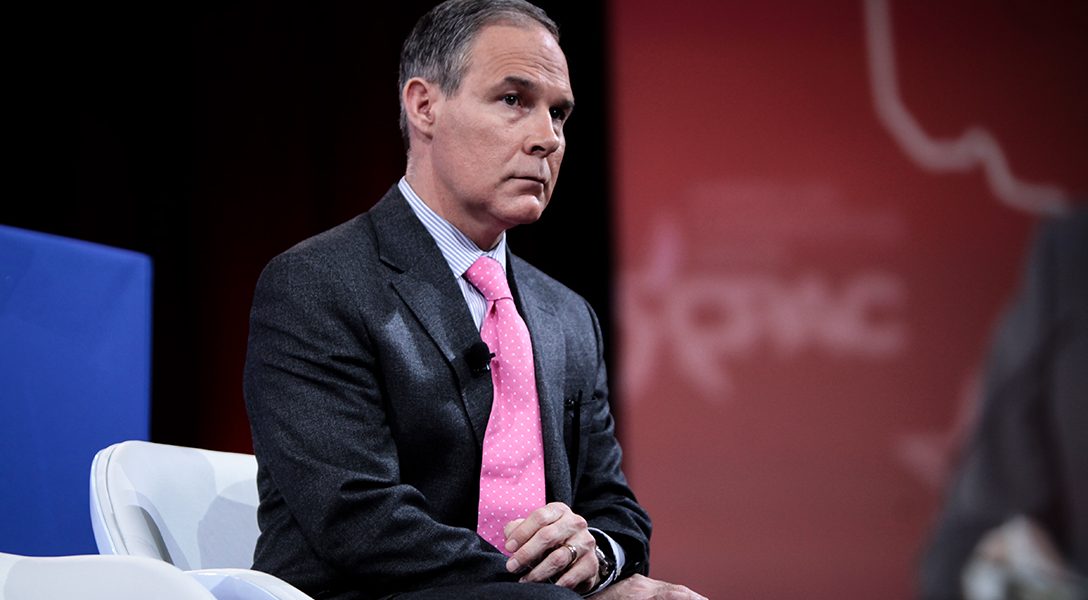 On the heels of proposed budget cuts, the EPA announced plans to eliminate 1,200 employees — roughly 8 percent of the agency’s workforce — by next September.

Since May, Trump-appointed EPA administrator and climate change skeptic Scott Pruitt has informed dozens of scientists on the EPA’s Board of Scientific Counselors (BOSC) that their tenure will not be extended. That would leave over half of the positions on the panel empty and effectively cripple the BOSC, which cancelled five meetings that had been scheduled for summer and fall.

Pruitt hasn’t been shy about his plans to include industry advocates to fill the void. He expressed his intent to increase representation of coal and oil companies on a board designed to regulate those same industries. In an interview in March, Pruitt revealed he does not believe that CO2 emissions are a primary contributor to global warming, leading many to voice concern over whether or not he would be able to perform the duties of his position.

Coining the phrase “EPA originalism,” Pruitt is pushing to limit the EPA’s mission and regulatory reach, taking focus away from climate change and redirecting it to issues which spurred the agency’s conception in 1970. This “back to basics” agenda completely disregards that there are new environmental challenges we face today that were not relevant — or fully understood — 40 years ago.

These videos will help explain the EPA’s job cuts and Pruitt’s vision for the agency going forward.