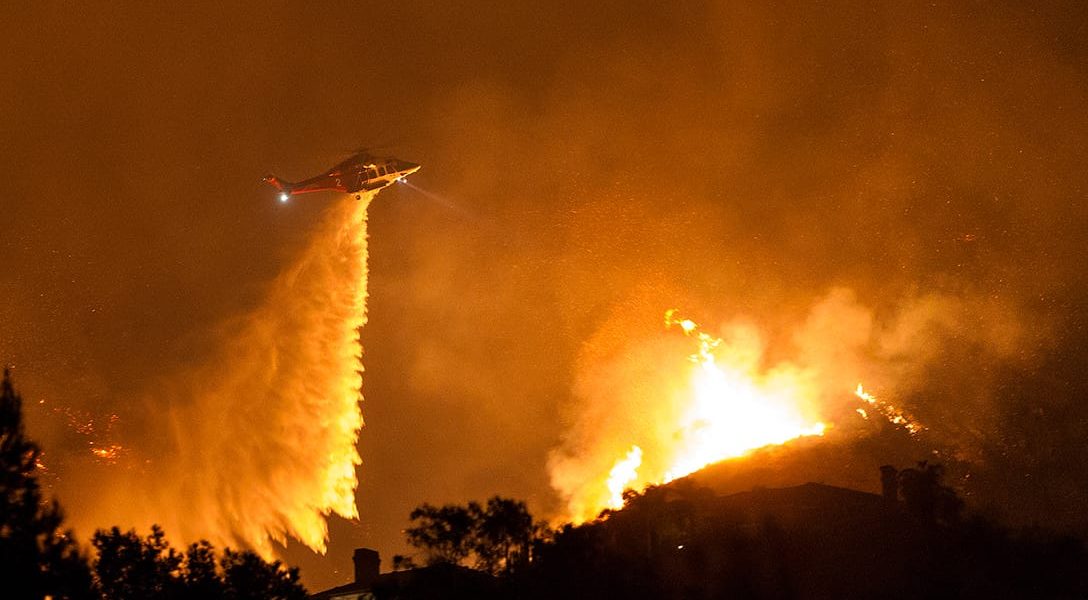 It is hard to imagine the impact the California wildfires have had on those in their path. All demographics are touched — from millionaire landowners to immigrant day laborers. And they are unrelenting — not even two months ago WhoWhatWhy wrote about the presumed cause of fires in October.

This time around firefighters are facing a seemingly insurmountable battle — the “Thomas” fire in Santa Barbara, Summerland and Montecito has burned more than 395 square miles, and is currently only 35% contained. It has claimed the lives of at least two people, one a firefighter, and has destroyed more than 900 buildings. This fire has contributed to an unprecedented 13-day long string of red-flag warnings from the National Weather Service.

No one knows for sure how the latest fires started, and the internet is buzzing with unlikely causes. Aside from the colorful ideas touted in the comments section of YouTube, actual investigations are pointing towards snapped and sparking power lines as the cause of at least one of these fires, and the loss of 12 multi-million homes is being blamed on a cooking fire gone wrong at a homeless people’s encampment in a nearby ravine.

There is little doubt that climate change has contributed to the ferocity of the fires. Powerful seasonal winds have whipped the fires along, eating up the mass of new growth which sprung up when rains broke a 5-year drought earlier in the year. California is still waiting for the start of its usual winter rains — the state normally gets half its annual precipitation between December and February.

Sudden wind direction changes add to the danger to homes and firefighters — and more raging Santa Ana winds are forecast for this weekend.

The first video, courtesy of the Santa Clarita Valley Signal, shows what evacuations are like — the West Ridge community was threatened by the “Rye” fire earlier this week and had to leave quickly. By Thursday the California Department of Forestry and Fire Protection had the Rye fire 96% contained and the area had been repopulated.

The second video is from the Netflix docu-series Fire Chasers and captures the moment when firefighters were trapped by the unpredictable “Blue Cut” fire of August 2016. It gives a good indication of what firefighters are facing day after day, and may continue facing until the wind dies down and the winter rains start.