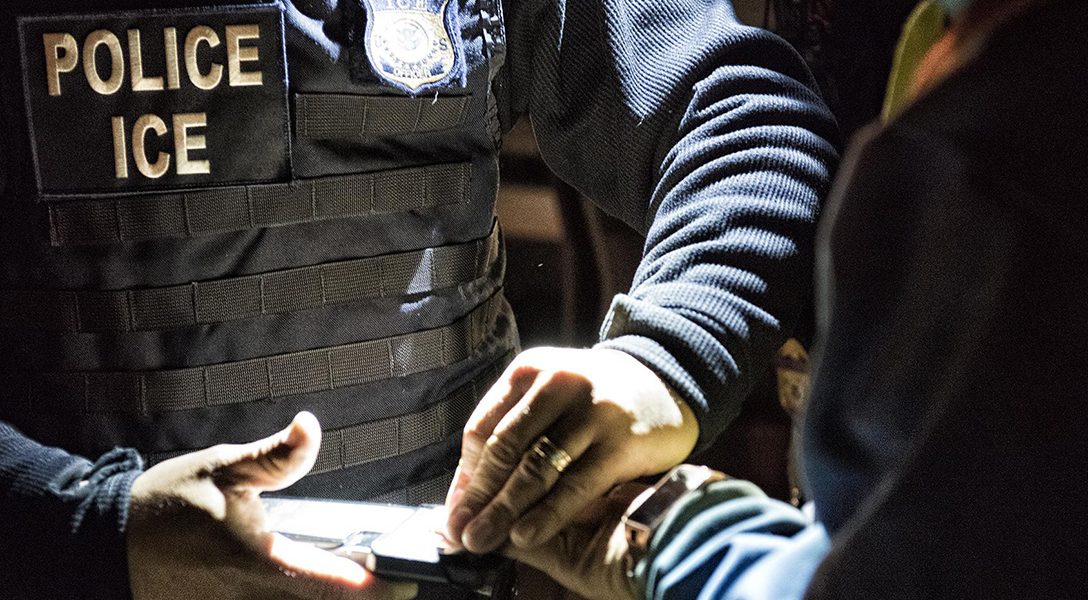 Voters Files to ICE: President Donald Trump's Election Integrity commission has been disbanded, but the data it collected may be used by Immigration and Customs Enforcement to compare with a list of non-citizens. The results could be shared with states to disenfranchise voters with similar names or to charge non-citizens with voter fraud. Photo credit: ICE

Where Are the Great Protest Songs of Today? (Trevin)

76-year old Cree folk singer-songwriter Buffy Sainte-Marie comments on the power of anti-war songs during the Vietnam era, and talks about why her new album containing 70 minutes of protest music doesn’t include a song about Donald Trump.

A Snapshot of India (Dan)

India is an exciting place not least because of its future prospects. Observers point out that the country’s economy will soon be the third largest in the world — behind only China and the US. Much of this hope relies on the current prime minister Narendra Modi’s slick, and often contentious, political maneuvering. But like all dynamic politicians, the question is whether he can endure the short-term criticism for a positive, long-term legacy.

Who Gets to Speak? (Chris)

While the left gets all the media attention for shutting down speaking events on university campuses in the US, the right has been more successful at actually doing so. Aaron R. Hanlin argues in an opinion piece for the Chronicle of Higher Education that “the right’s championing of free speech is hardly motivated by an honest desire for intellectual exchange.”

Another Dent in the Democratic Establishment (Russ)

There’s a slow-moving but noticeable movement to oust the Democrats’ so-called establishment leaders. Here is another case of a prominent Democrat not backing current leaders. In this case, Nancy Pelosi’s 2018 re-election as House leader.

Oprah Winfrey for President: Have We All Gone Bonkers? (Jimmy)

The author writes, “Is this really what most Americans want or what the United States government needs? Another clueless celebrity in possession of the nuclear codes? Another billionaire mogul who doesn’t like paying taxes in charge of the economy? And how would it be anything other than sheer hypocrisy for Democrats to offer an unqualified, inexperienced presidential candidate to the American electorate in 2020, given all that they said about Trump in 2016?”