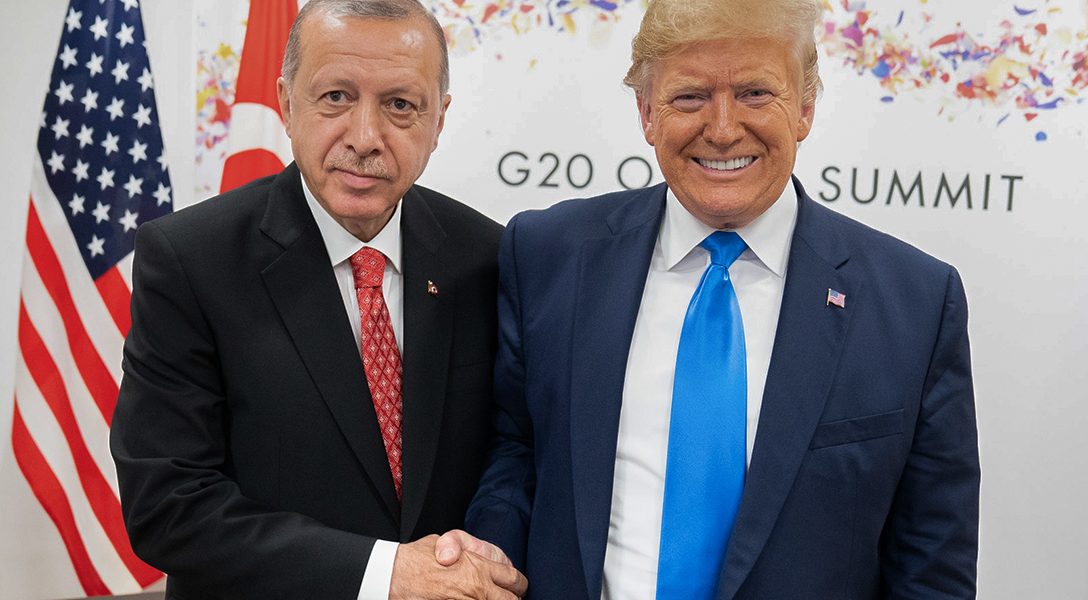 Turkey has started deporting Westerners who are Islamic State members back to their countries of origin, including one to the US on Friday, as violence continues to spiral in northern Syria and cracks between Ankara and the rest of the NATO alliance continue to widen.

The US military is in possession of at least one drone surveillance video which the US believes captured a possible war crime being perpetrated by Turkish-commanded fighters in Syria, two US defense officials tell CNN’s @rabrowne75. (As first reported by WSJ)

President Donald Trump said he was “a big fan” of Turkey’s Recep Tayyip Erdoğan, a populist turned authoritarian, when they met in Washington, DC, on Wednesday. But the meeting failed to quell the crisis between the countries, and it is unclear that it brought any benefit to Trump, the US, or the Middle East. Evidence is mounting that Turkey and its jihadist proxies are committing war crimes in northern Syria, in violation of a ceasefire that allowed Trump to claim he hadn’t abandoned his local allies in the face of a Turkish onslaught.

With Erdoğan dogged by protesters everywhere and his visit coinciding with the first public impeachment hearings against Trump, the two looked less like the scary dictators their critics often portray them as, and more like two beleaguered authoritarians cuddling together.

Funeral for fallen of the SDF and Turkish left, & the civilian killed by a TSK patrol yesterday.

I have never seen so many people in one place in Rojava. Every attack, every martyr, increases support for SDF amongst people here. Every funeral better attended than the last. pic.twitter.com/PcH7A8W8Io

In fact, Erdoğan also had a stormy meeting with members of Congress, where he attempted to paint the leadership of the Syrian Kurds, a key force against the Islamic State, as terrorists. In response, he was put on notice that Turkey faces US sanctions.

From Dirbasiye now. The way the Turks are "welcomed" here is what is reflected in the views of what the population has to say about the invasion. #Syria #NESyria #invasion pic.twitter.com/By7G9YT7oF

Meanwhile, as Turkey-backed forces have been attacking the outskirts of the town Tel Tamir in northeastern Syria, reports from the ground suggest the local population is rallying behind the Syrian Kurdish militia, the main target of Turkey’s offensive. Scenes of Turkish soldiers shooting unarmed protestors highlight the quagmire Turkey faces with its invasion.

TFSA contact said Turkish commanders asked TFSA to prepare to attack Kobani, but most factions refused unless Turkey attacked with airstrikes first…because if ISIS failed in Kobani, there’s no way the TFSA will succeed. pic.twitter.com/8R9UkqT9iV

According to the latest rumors the Syrian rebels have shared with journalists, Turkey may be preparing to attack Kobani, an iconic town where the Kurds turned the tide against ISIS in late 2014, and where their strategic partnership with the US was forged. We are following the situation closely. Stay tuned.