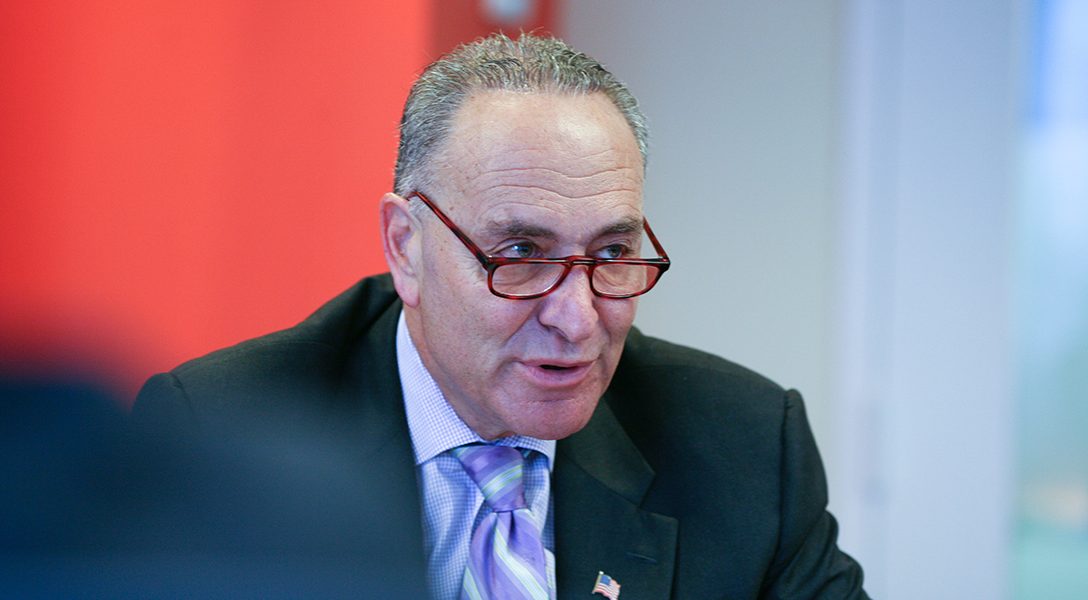 Senate Minority Leader Chuck Schumer (D-NY) let slip a terrifying reality when it comes to the power of our nation’s president over “executive branch” agencies like the CIA. In an interview Tuesday with MSNBC’s Rachel Maddow, Schumer said President-elect Donald Trump is “being really dumb” by taking on the intelligence community because if he does “they have six ways from Sunday at getting back at you.”

Just let that soak in for a minute.

One of the most powerful senators just admitted that it is “stupid” for a president to oppose the intelligence community, which he is in charge of, because it will “[get] back at you.”

Maddow, perhaps realizing the gravity of what he just said, questioned Schumer further asking skeptically: “what do you think the intelligence community would do, if they were motivated to?”

“I don’t know… but from what I am told, they are VERY upset with how he has treated them and talked about them…,” Schumer said.

We recently pointed out that despite Trump’s use of “outsider” rhetoric, he seems to be already embracing many aspects of the Deep State — maybe without his even knowing the concept. We also pointed out that “he would not be the first president who ended up ceding power to these elements while in office — or, by resisting their influence, found himself out of power one way or another.”