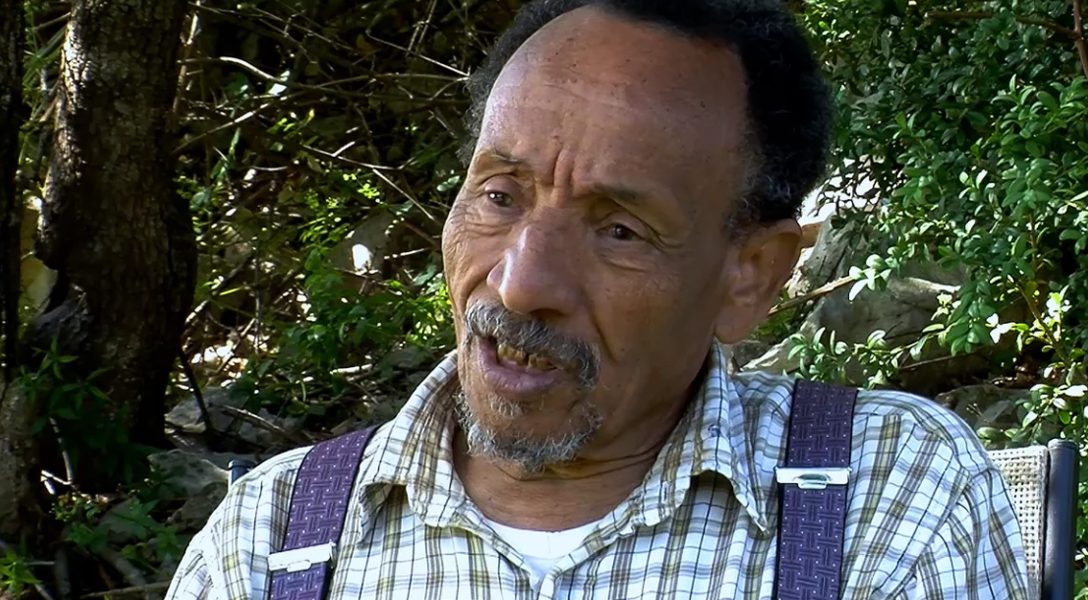 Pierre Rabhi is a French writer, farmer, environmentalist, agroecologist, and the inventor of the compelling concept, Oasis in any place.

At the age of five, I witnessed my father lose his livelihood as a blacksmith to the exploding coal mining industry in Algeria. The year was 1943 and civilization had arrived, with its complexity and immense powers of material attraction. Rather than hang up his hat, my father conformed to the opportunities that the new industry provided, working every day for the French occupiers who had discovered coal.

Forced to abandon the daily rhythms and rituals handed down through tradition, my father logged long hours. The era of savoring time as an eternal value was over, replaced by the heretofore-unknown pace of clocks and watches, with their relentless minutes and seconds. The goal of this new time was to eliminate any “wasted time” and, in this land of peaceful daydreaming, indolence was viewed as laziness.

The modern age somehow obliterated the blacksmith by negating his identity and his individuality — as it had done to countless other people in the global North and South. Even worse: under the pretense of improving their living conditions, it had instead reduced everyone to a form of modern-day slavery, not only by producing financial capital without any concern for fairness, but by instituting the worst inequality on the planet, situating money as the only measure of wealth.

Before that, life was simple. Hard at times, but joyful. Frugality was the norm. Very few people lived in extreme poverty. Hospitality and charity, major precepts of Islam — the faith I was raised in — were embraced by most as sacred. The seasons and constellations governed time. This climate of spirituality and social responsibility was more often than not conducive to a calm, harmonious environment.

It’s easy to idealize the past with wistful, rose colored glasses. But I knew there was something important about what came before, and what it was replaced by. This got me thinking: “What if the goal were to live freely and joyfully?” What if we were to return to the sustainable, meaningful pleasures and pains of the blacksmith, and the society in which he lived?

So I devoted my adult life to doing just that. In 1961, driven by a desire to get back to nature, my wife Michèle and I moved to the Cévennes hills in the Ardèche region of France. We did not have a penny to purchase land on which we could build our dream; the only possibility was to take out a loan with the bank Crédit Agricole, which at the time was still operating like a true credit union.

The bank branch in Vans, in the southern Ardèche, informed us that we needed to have some training as farmers to acquire a loan. Perfectly logical, but I had to admit that I did not have the required qualifications. To meet this condition, I took basic agriculture classes on a family farm in the Ardèche countryside.

After traveling throughout the region on my scooter looking for an available farm, I finally found a place that captivated both Michèle and myself, and we decided to move there. With hope in my heart, I went to the local branch of Crédit Agricole to submit my request. But the branch manager was distressed with the description of the land. The ten acres dry, rocky garigue consisted of small plots eked out by several generations of farmers doggedly clearing rocks. The stone farmhouse was still standing in the middle of the austere land, but was in need of some fairly major renovation work.

The bank officer thought our choice was so unrealistic that he said he didn’t want to help us kill ourselves by granting us our loan. His concern: that we would not be able to turn a profit. He didn’t understand that we weren’t interested in money, that profit was not what we sought. We merely wanted to live from the produce grown on this land, as well as the intangible nourishment offered in such abundance by nature, demanding nothing in return yet yielding so much inner satisfaction.

Finally, thanks to support from a senator who understood our aspirations, we were able to obtain a two-percent loan over 20 years, which was essentially a gift. Thus began our experience of living off the land, of recapturing freedom from time and money constraints to rediscover the aimless timelessness of a dream.

The concept of living in poverty as we knew we would was unsettling, but it was a genuine life choice for us, not just another moral statement. And my unswerving conviction that the future lies in a civilization that values restraint was growing stronger, and becoming, with the unbridled consumerism gripping the world, a vital necessity.

What do I mean by restraint? Restraint means:

My entire family has been living ‘in restraint’ on the same plot of land for forty-five years.

It would serve us well if this choice became the aspiration of more people, soon. The current economic and environmental crises affecting our society clearly demonstrate that our model of society has reached its limits. The time has come to recognize that our affluent societies have more than enough to meet their essential material needs. The time has also come to question whether we are going to live with less, rather than more money.

In my view, excessiveness seems to be a quest to escape the banality of everyday life by opening an unlimited field of ever-changing, always unfulfilled, and competing desires. The goal is to inspire the envy of one’s peers through appearances.

Let’s open ourselves up to the possibility of a fulfilling, joyful existence that ends ecological degradation and leaves behind a dangerous, ruthless model of success. Let’s change our goal to restraint, taking a deliberate stance against a society of overconsumption. Let’s learn to say, “I, we, have enough.”