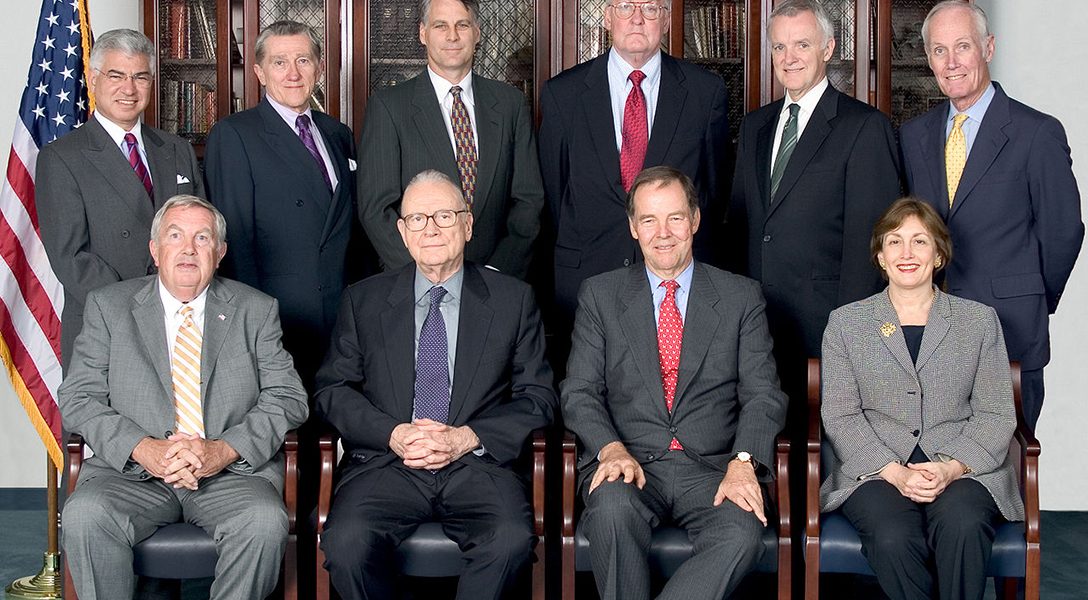 The official 9/11 narrative is unraveling now at considerable speed.

Certainly the part of the 9/11 Commission’s narrative is that wrote in 2004: “We have found no evidence that the Saudi government as an institution or senior Saudi officials individually funded the organization.”

Philip Shenon’s piece in the Guardian on Thursday has former Secretary of the Navy and 9/11 Commissioner John Lehman bluntly disputing the published conclusions regarding just what his team of investigators had on Saudi Arabia 12 years ago.

Shenon, best-selling author of The Commission: the Uncensored History of the 9/11 Investigation and former New York Times reporter, writes:

… the commission had been aware of at least five Saudi government officials who were strongly suspected of involvement in the terrorists’ support network.
“They may not have been indicted, but they were certainly implicated,” Lehman said. “There was an awful lot of circumstantial evidence.”

This doesn’t seem to jibe with the Commission’s 2004 assertion that just one Saudi official was identified as being linked to the hijackers.

Shenon also quotes another commissioner who told him anonymously that the controversial “28 Pages” of the Senate Inquiry into the attacks should indeed be unclassified, even though they could damage the commission’s legacy.

The commissioner said the renewed public debate could force a spotlight on a mostly unknown chapter of the history of the 9/11 commission: behind closed doors, members of the panel’s staff fiercely protested the way the material about the Saudis was presented in the final report, saying it underplayed or ignored evidence that Saudi officials – especially at lower levels of the government – were part of an al-Qaida support network that had been tasked to assist the hijackers after they arrived in the US.

It’s pretty bad for the 9/11 Commission’s already spotty reputation when top members of the federally funded investigative team are breaking rank after years of silence, perhaps emboldened by the growing wave of U.S. lawmakers strongly implying such evidence on Saudi officials did, in fact, exist.

Meanwhile, establishment damage control had already revved up late last month when Commission loyalists began to “circle wagons around their legacy” in response to mounting pressure.

Philip Zelikow, 9/11 Commission director and Bush Administration loyalist, along with co-chairs Thomas Keane and Lee Hamilton all made statements recently about how the Saudi angle to 9/11 is innocuous and a potential threat to those Saudi officials their commission cleared of wrong-doing at the time.

To be clear, it is acknowledged by investigators on both sides that the 9/11 Commission members had access to the same information as that of the preceding Senate Inquiry report. Why the 9/11 Commission reached a benign conclusion on Saudi Arabian involvement in financing and facilitating the attacks is up for debate.

At this point, one can almost hear the legions of investigative reporters licking their chops at the prospects of what’s in the redacted Senate Inquiry chapter. The pressure on the Barack Obama administration to reveal the Senate Inquiry report’s full contents only grows. As of Thursday, when three more members of Congress added their names to the growing list, a total of 52 U.S. lawmakers have co-sponsored House Resolution 14, which urges the Obama to declassify the redacted chapter of the Senate Inquiry report.

The new split among former members of the 9/11 Commission makes any potential White House refusal to release the “28 Pages” all the more troubling. This story will not be going away any time soon.