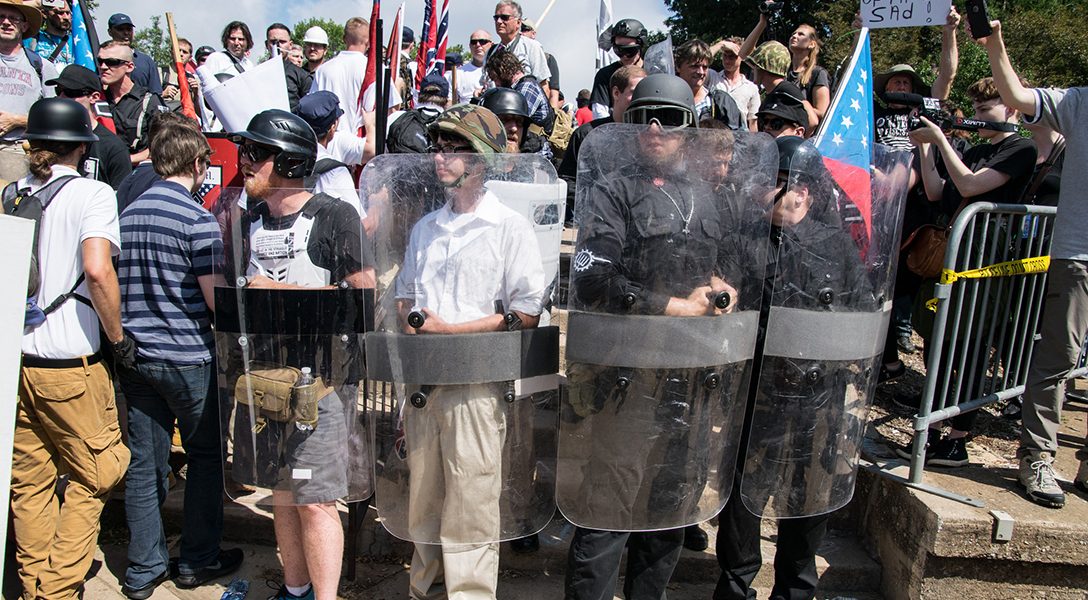 The media went hard after President Donald Trump about his moral stance (or lack thereof) on Charlottesville. But they missed a chance to take him to task for disseminating his own “fake news.”

After receiving broad, near-universal criticism for equating deadly violence perpetrated by white nationalists in Charlottesville, VA, with the response of counter-protesters, Trump decided to double-down earlier this week, attacking the very notion that the “Unite the Right” demonstration was fundamentally a white nationalist, racist, anti-semitic, anti-immigrant hate movement event — while also claiming the counter-protest was held illegally without city permission.

He added, “You had a group – you had a group on the other side that came charging in without a permit, and they were very, very violent.”

In reporting on the President’s statement, however, many outlets failed to call Trump out on the easily verifiable falsehoods contained in these allegations.

In fact, even the rally’s organizer, Jason Kessler, in an article for the conservative news site The Daily Caller, described “Unite the Right” as a “white nationalist demonstration” —  making Trump’s attempt at whitewashing (pardon the expression) the rally seem especially venal.

As for his “no permit” assertion, a local NBC affiliate already reported last week that The People’s Action for Racial Justice had actually been granted permits for their counter-protest. But both The New York Times and the Washington Post did not challenge Trump’s “no permit” claim in their reports of August 15. (The Washington Post did correct the record in their evening report of August 16.)

Fact-checking these claims takes nothing more than a rudimentary Google search. Unsurprisingly, the President of the United States (and his aides) didn’t bother.

Perhaps more important, the media, which to its credit has documented instance after instance of Trump’s lies and distortions in recent months, slipped back into its old habit of quoting the President in a way that took his assertions at face value.

Trump’s misrepresentation of this seminal event tarnished the reputation of brave people who put their lives on the line for basic ideals of decency. In this instance at least, the media enabled him.