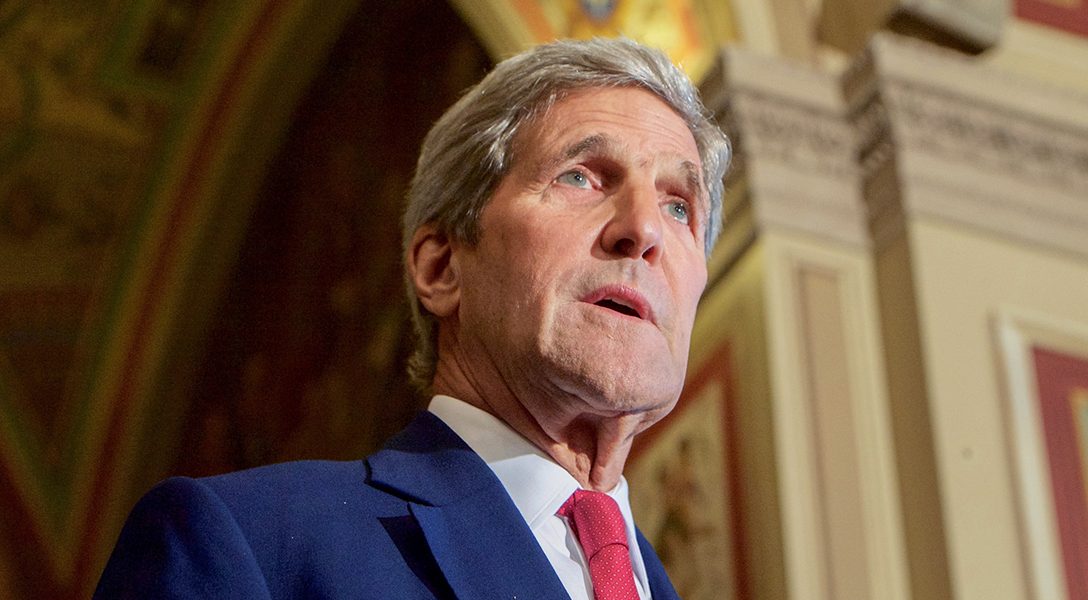 It appears CNN and The New York Times gave the public a sanitized report on US Secretary of State John Kerry’s meeting with Syrian opposition leaders back in September.

Unlike those two media giants, Wikileaks released the full, unscrubbed audio of the 35-minute conversation this week. Included was the revelation that the White House knew of the growing threat the Islamic State presented in the region and that it actually hoped ISIL’s progress would lead to regime change in Syria.

CNN decided to remove the audio from its site months ago, while the NYT never actually published the audio in the first place, and reported around the most embarrassing passages.

Meanwhile, giving US foreign policy the benefit of the doubt against charges the White House stood idly by during the rise of ISIL is becoming an untenable position.

As reported back in September after the meeting, Kerry wanted the West to use force in Syria. What’s new is that he was apparently overruled by an administration that saw ISIL as a tool for ousting Syrian President Bashar Al-Assad. What’s also new, as Kerry concedes, is that Russia came to Assad’s rescue largely for the purpose of halting ISIL’s advance.

“And we know that this was growing, and we were watching,” Kerry can be heard saying. “We saw that Daesh (ISIL) was growing in strength. We thought, however, that we could probably manage. You know, that Assad might then negotiate.”

That seems to fly in the face of stated White House policy for over half a decade that ISIL is an enemy that must be taken out.

President Barack Obama’s address to the nation on Sept. 10, 2014, for example, began: “Tonight I want to speak to you about what the United States will do with our friends and allies to degrade and ultimately destroy the terrorist group known as ISIL. … ISIL is a terrorist organization, pure and simple.  And it has no vision other than the slaughter of all who stand in its way.”

So, their strategy was to “destroy” the murderous terrorist organization by way of letting it take Damascus? Curious.

Instead, Assad appealed to Putin for aid, and the Russian president provided it. Once Russian military might entered the stage, White House plans for the region — undoubtedly set to continue under a Hillary Clinton presidency — were thrown into chaos.

With the obvious Donald Trump-Vladimir Putin cohesion at play, it is becoming clear that the decades-long US policy of favoring Sunni interests in the Sunni-Shia split is now at a major crossroads.