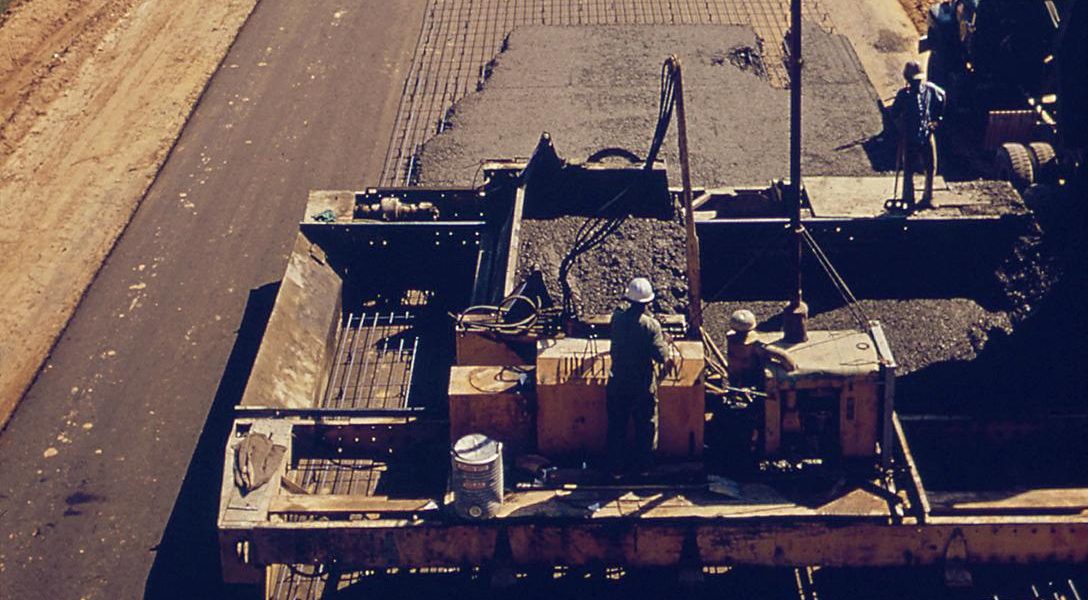 The Interstate Highway System was authorized on June 29, 1956 by the Federal Aid Highway Act of 1956, popularly known as the National Interstate and Defense Highways Act of 1956.  About this photo: Construction of Interstate 55 in Mississippi using steel from previously shredded automobiles, May 1972. Photo credit: NARA / Wikimedia

Marine Le Pen, leader of the far-right National Front, sees leverage after Brexit for France to leave the Eurozone. It also helps that France’s ruling Socialist party and center right party are in disarray.

DHS would review the accounts before travelers were admitted. It doesn’t seem very helpful as anyone can create multiple social media accounts.

No matter your opinion on Benghazi, the refusal by the White House to answer questions is just another hole in Obama’s promise to have “the most transparent administration in history.”

David Cameron makes his final appearance in the EU parliament, while Nigel Farage is asked “why are you even here?”. Britain’s exit is poised to become messy and, possibly, very undiplomatic.

A winding story about the move to regulate for-profit college University of Phoenix and how Obama’s friends may benefit.

Trump’s recent speech “could have been made by AFL-CIO’s Richard Trumka”. It’s not popular with Republican elites, but it may attract blue-collar Democrats.

Next to Testify? Bud, The Parrot (Milicent)

A Michigan murder case may rely on the words of, you guessed it, a parrot named Bud. Bud keeps repeating the words, “Don’t f-cking shoot”, leading the prosecution to believe it could be imprinted from the murder.