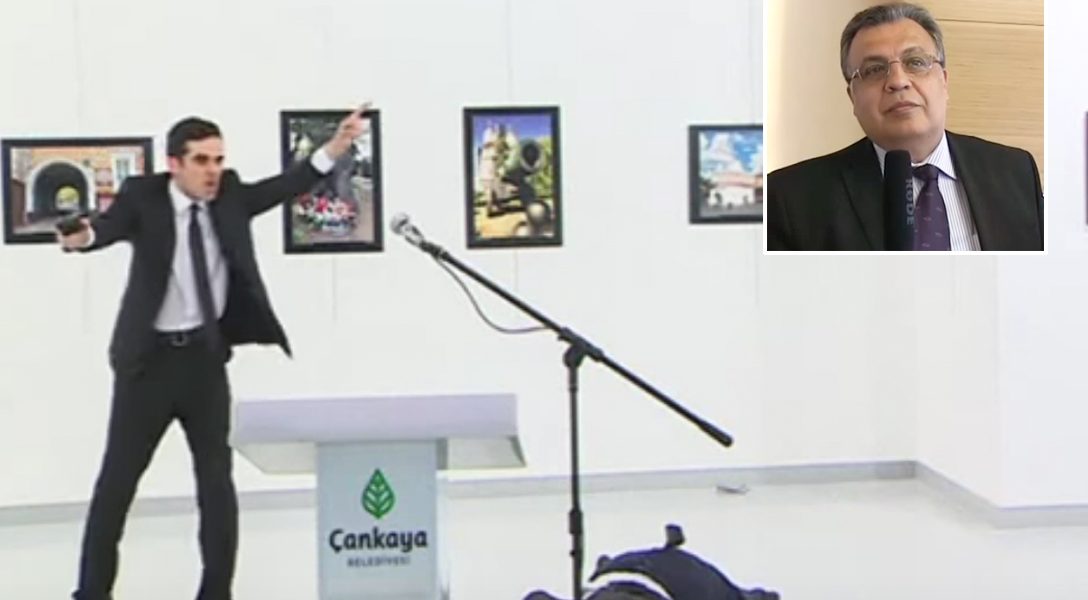 Is This How It Begins?

The brazen murder of Russia’s ambassador to Turkey on Monday night in Ankara, Turkey, was quickly followed by the expected condemnations from world leaders — and a vow of revenge from Russian President Vladimir Putin.

In a statement translated on RT.com, Putin said the response will be “stepping up the fight against terrorism. The killers will feel it.”

Within an hour, reports filtered in of a Nice-like truck attack in Berlin that killed at least twelve people at a Christmas market. The rampage is being investigated as a deliberate attack, and an arrest has been made.

One can almost hear a pin drop as the global diplomatic community holds its breath while waiting for the inevitable fallout.

Details continue to emerge, but the Ankara killer has been identified as Mevlut Mert Altintas, a 22-year-old Turkish national. As his victim lay dying, Altintas is said to have referenced the Syrian city of Aleppo, currently under siege by Russian-backed Syrian military forces bent on wiping out rebels dug in there.

Ambassador Andrei Karlov had just finished his opening remarks at the Ankara Center for Contemporary Art when Altintas, an apparent off-duty security officer, opened fire from behind the podium. Shouting “God is great” and “Don’t forget Aleppo, don’t forget Syria” as Karlov fell, the assailant soon fled to a higher floor, where he reportedly was killed in a lengthy gun battle with Turkish special forces.

With geopolitical tensions high and new international alliances in formation, echoes of the 1914 assassination of Austrian Archduke Franz Ferdinand sprung to mind for some.

That event provided the spark which ignited the horrendously destructive First World War.

President-elect Donald Trump released a statement declaring that the ambassador had been “assassinated by a radical Islamic terrorist”; however, no group has as yet taken responsibility.

Regardless of whether this was the act of a lone radical or whether something more intricate is at play, repercussions of the assassination are likely to be felt throughout the region and across the world.

It will be crucial to monitor these developments closely in the coming days and weeks. Before jumping to conclusions, it’s important to remember that a key question at such moments is always “Who benefits?”