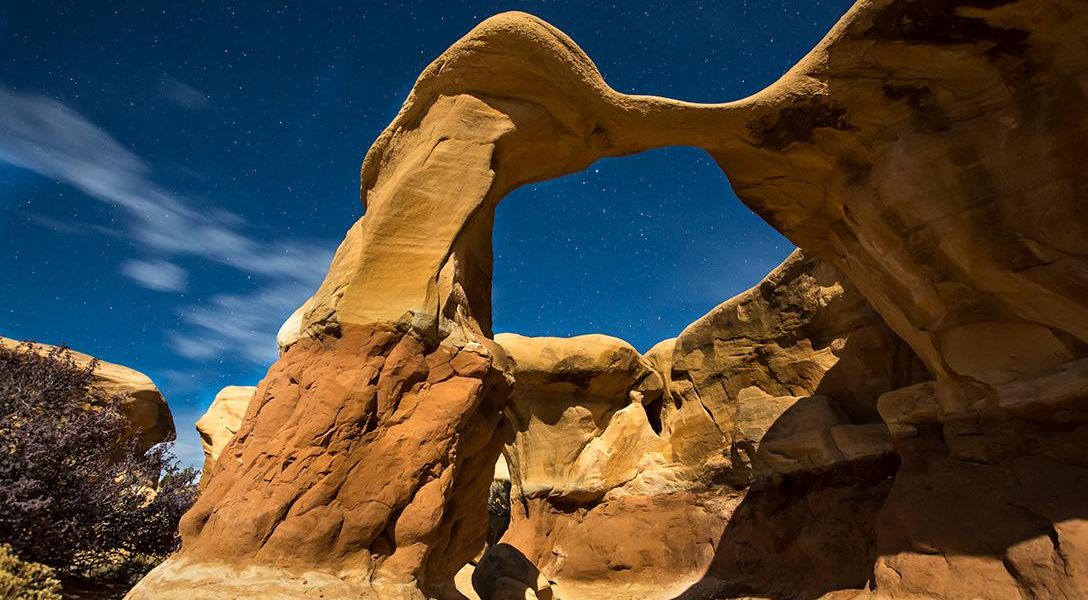 In the News: The Department of the Interior (DoI) released a list of monuments subject to review under an executive order signed by President Trump. The DoI will be accepting written comments. The order includes over 11 million acres of public lands and over 217 million acres of marine monuments. The result of this review could open up these properties to energy and other commercial exploitation. Photo credit: Bureau of Land Management / Flickr (CC BY 2.0)

Oxygen Levels in Ocean Declining for Over 20 Years (Milicent)

A recent study shows that oceanic oxygen levels began to drop in the 1980s as temperatures began to rise.  Melting polar ice, air pollution, and changes in ocean circulation all contribute to the problem. Not good: falling oxygen levels kill fish, crabs and many other organisms.

Nearly half of the US school districts use shaming tactics to get kids’ parents to pay their lunch bills, according to a 2014 report. Sometimes lunches are thrown into the trash, attracting attention and ridicule from fellow students. One Alabama child was given a stamp on the arm that said “I need lunch money.” A new law in New Mexico directs schools to work with parents to end the humiliating practice.

Scientists have found that cinnamon seems to lessen the cardiovascular risk of a high-fat diet. It activates the body’s anti-inflammatory and antioxidant systems — resulting in healthier levels of sugar, insulin, and fat in the blood, and less belly fat. So far, only rats have been studied, but all of those on the cinnamon diet are enjoying healthier hearts and much slimmer figures.

Following the relaxation of certain limits on media ownership by the Trump administration’s FCC, Sinclair Broadcast Group Inc and Twenty-First Century Fox Inc were in a bidding war for Tribune Media Co. Sinclair is now close to landing the deal for $4 Billion.

Voters Vote for Their Values, Not Their Self Interests (Reader Toast)

Berkeley author George Lakoff, who predicted Trump’s 2016 win, says progressive candidates just don’t get it and continue to stick to facts. But “what happens when you hear facts that don’t fit in your worldview is that you can’t process them: you might ignore them, or reject or attack them, or literally not hear them.”

The Claw Arcade Game: Earning Back Your Trust (Jimmy)

If you’ve ever played the claw game while waiting in the lobby of a Denny’s or Chuck E. Cheese, you’ve felt the agony and frustration of that metal hand just not grabbing the stuffed toy animal tight enough. Rigged? Well now an advocate group is fighting to make sure you have a realistic, skill-based chance of winning.