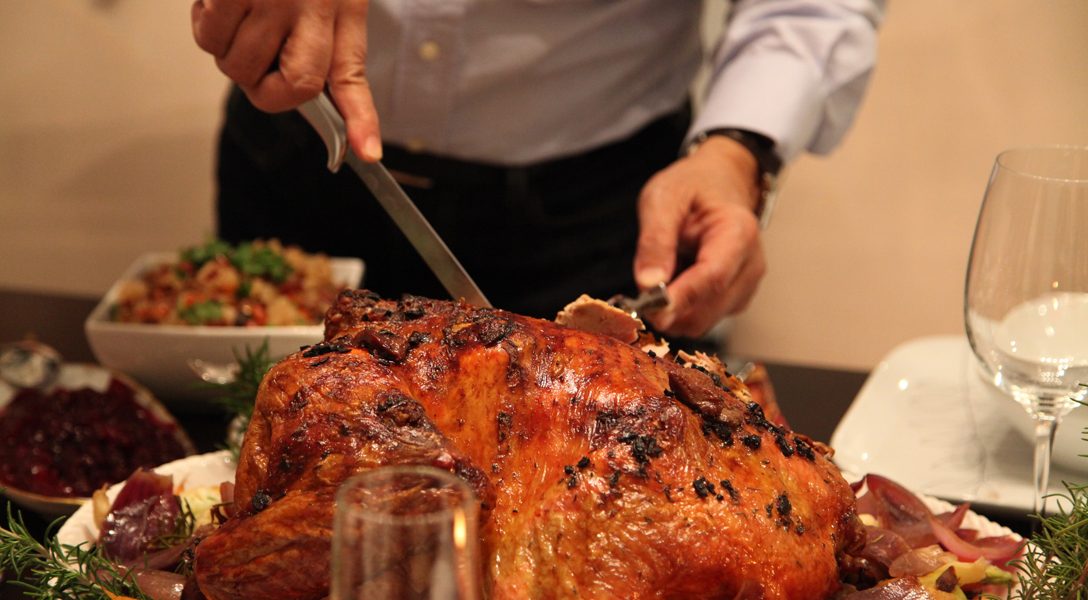 Having moved over from England a few years ago, Thanksgiving has taught me what it actually means to be American.

From the outside, all that most foreigners see of America is a stereotypically brash, greedy “number one!” mentality, with a giant soda-drinking mouse mascot, overly padded sportsmen, and an earnest desire to police the world. Sure — you win lots of medals at all the Olympics. Congratulations! But is there any real need to be quite so LOUD about it?

At first, I was puzzled about why this holiday was even a thing — with Christmas around the corner, why have two turkey-based holiday dinners in the space of two months? And WHY ON EARTH are we serving peas in vinegar and a whole artichoke? Where are the roast potatoes?

How naïve I was. I have worked out a few things since then (including the fact that most Americans don’t eat turkey on December 25th, that’s a British quirk.)

Thanksgiving dinner can be seen as a metaphor for America itself — a patchwork quilt of different immigrant traditions and dishes according to where your ancestors came from. Look next door and there could be a side dish of empanadas, and across the street some aloo mattar cozying up to the big bird. Isn’t diversity what makes America great?

I know of so many who open their homes to friends of friends — literally strangers — who may not be able to spend Thanksgiving with their own families because of work commitments or the inability to stump up the airfare. There are those who give their time and talents to help the less fortunate this time of year, helping pack up donations of food and clothing, and serving communal meals. Charitable contributions go through the roof.

The perception of Thanksgiving abroad is that it’s only a turkey dinner, but the whole season around the famous feed showcases a kinder side of the American psyche foreigners don’t get to see. You are thoughtful and inclusive, inquisitive and joyful. I am by no means a mushy sentimentalist — far from it, my stiff upper lip is intact — but if you are struggling to find common ground with your fellow Americans just now, please remember that joy and heartfelt acts of charity are at the core of what it is to be American. Don’t be afraid to embrace it. This caring side of America is one the rest of the world deserves to know.