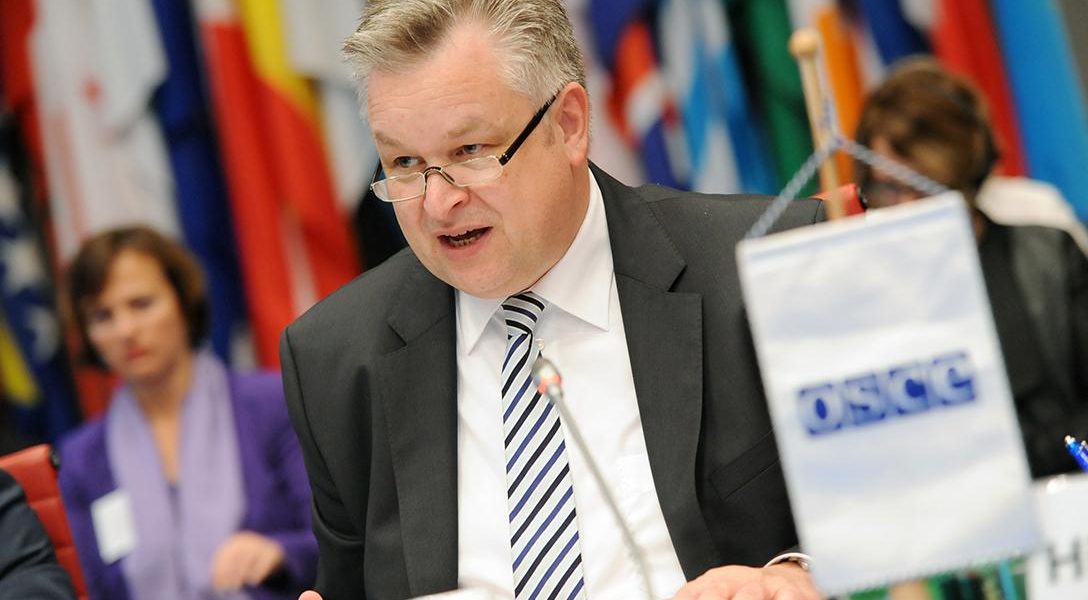 Europeans Call on US Leaders to Curb Hate Speech

The European organization that monitored the US elections and gave the process a less than stellar report card now has raised concerns about the growing incidence of post-election hate crimes.

Michael Georg Link, who directs the democracy and human rights arm of the Organization for Security and Co-operation in Europe (OSCE), issued a statement on November 21, asking all “political leaders” to “deliver the clear message that there is no place for hate crimes in the United States.”

Link stated that hate crimes can destabilize a country’s security by sending the message to certain groups that “your kind are not wanted here.” Such crimes, Link observed, “undermine social cohesion.”

All political leaders, Link added, “have a responsibility to counter racist and xenophobic discourse with messages of tolerance and inclusion.”

Before the election, Link’s Office for Democratic Institutions and Human Rights (ODHIR) sent an unprecedented number of election observers — more than 300 — to monitor the US election process. The observers, who released their preliminary report on November 9, found that the US performed adequately on technical points, but failed democracy in more systemic ways.

They noted that nearly 50 million Americans were deprived of the right to vote because of their status as accused or convicted felons, their absence on voter registration rolls, or their residence in US territories such as Puerto Rico, whose citizens are barred from voting for president.

While the observers did not find evidence of a “rigged election” nor encounter the hostility they feared, they raised serious concerns about the “intolerant rhetoric” that marred the campaign. (See our report on their earlier findings.)

The OSCE is not the only group to be alarmed by hate crimes in the US.

The Southern Poverty Law Center (SPLC) has reported a post-election surge across the country, targeting African Americans, immigrants and Muslims. As of Nov. 21, the SPLC had received complaints concerning 700 incidents of hateful harassment or intimidation.

SPLC President Richard Cohen told USA Today that, post-election, there has been “a big uptick in incidents of vandalism, threats, intimidation spurred by the rhetoric surrounding Mr. Trump’s election.” Cohen attributed the increase to white supremacist groups elated by the election results.The number of incidents, SPLC notes, has been declining as more time has elapsed since the Trump victory.

Interviewed by 60 Minutes, President-elect Donald Trump was asked about the reports of hate speech and other intimidation post-election. He initially downplayed the number of incidents. He then pronounced himself “saddened” to hear the news that his supporters were harassing Latinos and Muslims.

“If it helps, I will say this, and I will say right to the cameras: Stop it,” Trump said.

The president-elect has not said anything further about the issue, although he has tweeted several times to scold the cast of the Broadway musical Hamilton for engaging Vice President-elect Mike Pence in a discussion of diversity and democracy.