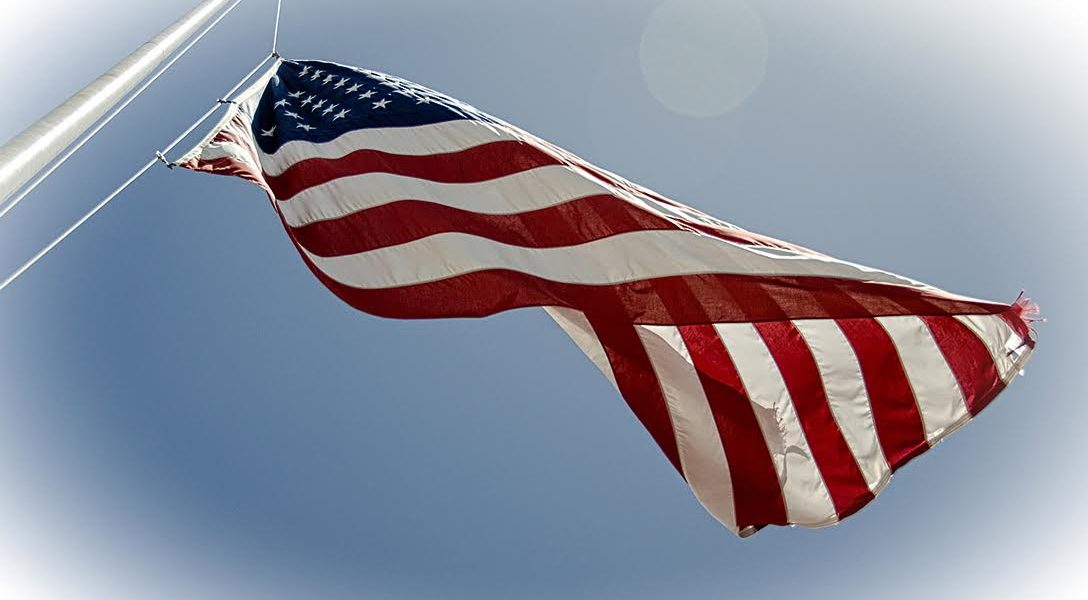 In the Era of the Permanently Lowered Flag

Outside my apartment building in New York City is a very tall flagpole. Occasionally I see maintenance workers coming to remove the flag in the evening, but usually the daily doings of the large U.S. flag occur unseen, by me at least.

Recently, the flag has been flying at half-staff. As I exit the building and pass the flagpole, I wonder: What happened? Was there another terrible shooting that I didn’t hear about? Or is this still in honor of Orlando? Or Baton Rouge – the other Baton Rouge – Dallas – Bakersfield – Fort Myers?

Or has flag symbolism gone international, and we are honoring those recently killed in Istanbul, or Nice, or Munich, or Tokyo?

There are so many recent murder-events to account for why the flag may be hanging its head.

Actually, I’m guessing the maintenance folks just forgot to raise the flag back up after the last intentional lowering – maybe the heat distracted them. I doubt management has any desire to make a political statement beyond the president’s flag notifications (which officially apply only to public and governmental buildings, but are followed by many other flag-flyers as well).

But, as we live in a time of wanton, numerous – almost countless – mass murders, we may get used to the U.S. flag flapping not-as-proudly in the weaker breezes low to the ground. Or perhaps the standard for what constitutes a half-staff event simply will change: It will take 100 dead, 100 concentric circles of devastated families and friends, to merit this display of sorrow, of humanity’s own failure.

Keep your eye on the grand old flag.