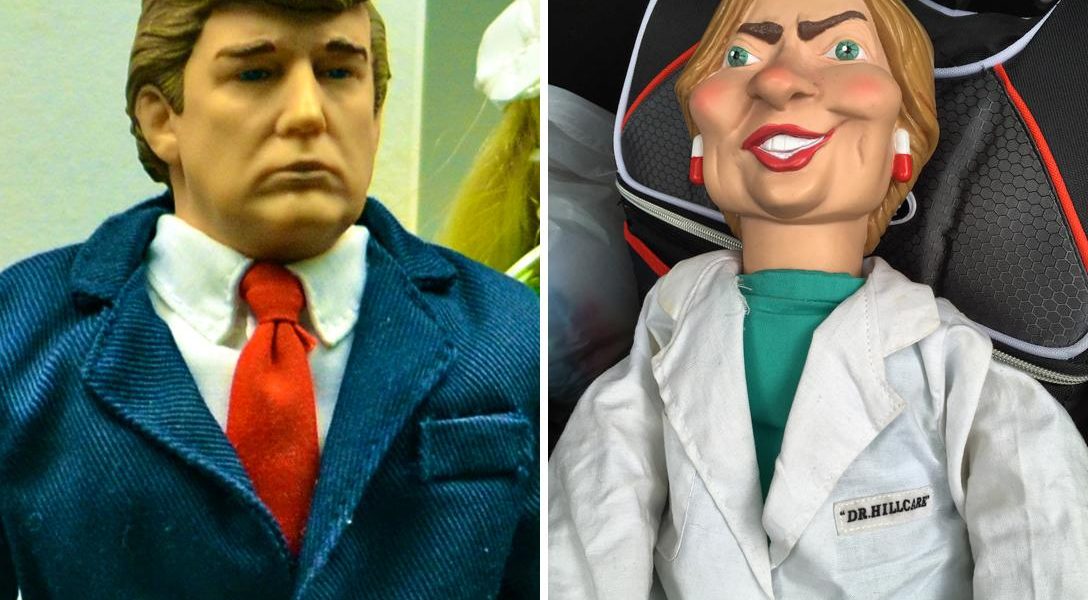 In the News: Early voting starts today in Minnesota and South Dakota. Two swings states, Iowa and Ohio, will commence early voting soon. Voter sentiments may change between now and November 8, but choices by early voters will reflect the state of the race at the moment they vote. About this photo: Donald Trump and Hillary Clinton dolls. Photo credit: Adapted by WhoWhatWhy from Sarah Ackerman / Flickr (CC BY 2.0) and Forsaken Fotos / Flickr (CC BY 2.0)

House Democrats attempted to turn one bit of political theater into another when they hijacked a House hearing on whether the IRS commissioner should be impeached. Instead of focusing on the issue at hand, the Democratic lawmakers highlighted the many problems of Donald Trump’s foundation.

Taiwan Pushes On Despite Chinese Power at U.N. (Dan)

Even though the odds are stacked against this tiny island fighting for an independent rule from China, Taiwan is finding innovative ways to keep the cause in the mainstream.

Now with Britain out of the EU, support from France and Germany for NATO is on the wane. So much so that there is talk of a pan-European military alliance.

Congressmen say the weirdest things but Rep. Jeff Duncan (R-SC) might take the cake this week with a rant in which he seemed to express doubt in the long-established fact that a Texas teenager had built a simple clock (and not a bomb) and brought it to school last year.

One of Trump’s biggest issues is the negative effects of free trade, especially NAFTA. Now GOP senators – usually hardliners for free trade – are beginning to campaign with Trump’s message.