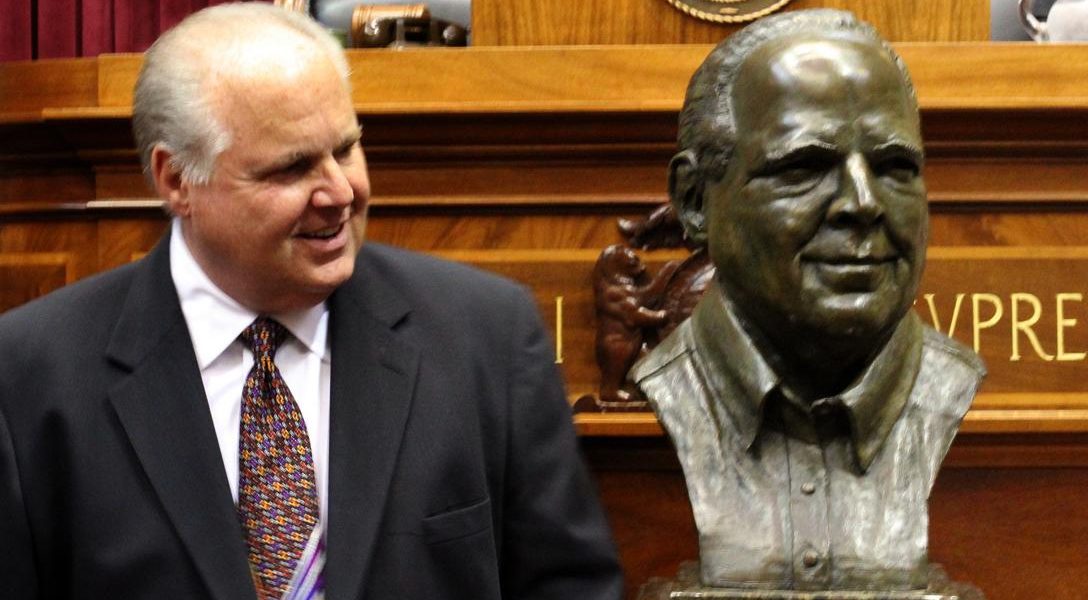 Today is Rush Limbaugh's birthday. He was born January 12, 1951. Limbaugh has been hosting a political talk show for over thirty years and has been the top-rated program in the category for nine years in a row. About this photo: Limbaugh was inducted into the Hall of Famous Missourians on May 14, 2012. He was honored with a bust in the Rotunda of Missouri's Capitol. The hall features many statues of luminaries including Walt Disney, John Ashcroft, Dale Carnegie, Harry S. Truman and Mark Twain. There was some controversy when the bust was installed, but the bust is still on display.  Photo credit: Progress Missouri / Flickr (CC BY 2.0)

The state just didn’t tell anyone about it.

Not so many years ago, you could on a single block find all your needs as a musician or band outfitter. No longer.

Alicia Garza, a constituent of Rep. Barbara Lee, will be the congresswoman’s guest at President Obama’s final State of the Union address, tonight. Garza helped form Black Lives Matter in 2013, after the acquittal of George Zimmerman for the shooting death of Trayvon Martin.

Because Trump asked them to.

David Bowie’s Legacy Lives On in His Activism (Trevin)

Five contributions the iconic musician made to the developing world you may not have heard about.