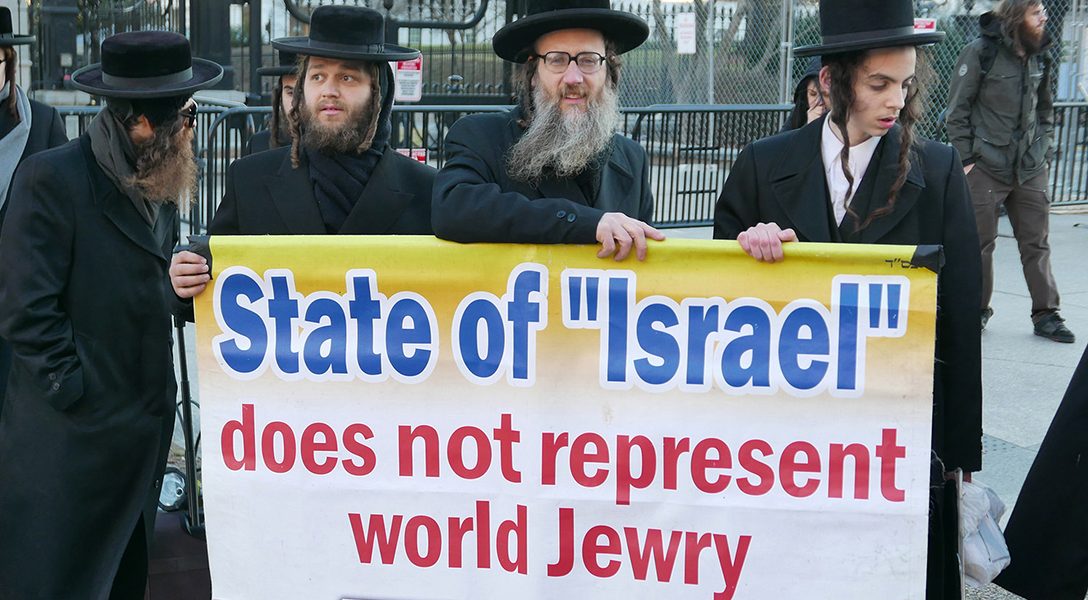 The Organization for Security and Co-operation in Europe (OSCE) is promoting a three-year plan to help secure Jewish communities and bolster awareness of anti-Semitism. This effort includes a controversial redefinition of anti-Semitism, which touches on one of the most polarizing issues in the Middle East and the West: Israel’s political, military and diplomatic actions toward the Palestinians and the occupied territories.

As part of its three-year plan, OSCE’s Office for Democratic Institutions and Human Rights (ODIHR) published what it called a “practical guide” to “Understanding Anti-Semitic Hate Crimes and Addressing the Security Needs of Jewish Communities.”

The report relies on a controversial definition of anti-Semitism, which includes criticism of Israel as an indicator of anti-Semitic behavior. Critics contend that an Israel-centered definition blurs the focus on a serious human rights matter, and in this sense dilutes a form of racist and religious bigotry by extending it to moral and political policy positions that can be properly debated in public forums. The European Union Monitoring Committee (EUMC) was the first institution to officially adopt this interpretation — criticism of Israel — for their “Working Definition of Antisemitism” (WDA).

It says, for example, that an indicator of anti-Semitism is the “denial of Jewish rights of self-determination.” This formulation could include denouncing Israeli military actions to extend the occupied territories — actions which both Amnesty International and the UN have labeled war crimes.

Following strong criticism from many individuals and groups — including European Jews for a Just Peace (EJJP) and Jews for Justice for Palestinians (JfJfP) and David Feldman, director of the Pears Institute for the Study of Antisemitism — EUMC’s successor, the Fundamental Rights Agency (FRA), dropped the working definition of anti-Semitism in 2013, and never replaced it with an alternative one.

Yet the contested definition was adopted word for word in 2016 by the International Holocaust Remembrance Alliance (IHRA), and by the US State Department in 2017 (in line with the Global Antisemitism Review Act). The UK, Romania, and Austria also refer to the working definition of anti-Semitism, along with many other institutions and monitoring bodies, such as the Anti-Defamation League and the World Jewish Congress. This position endorses Israel’s political strategy, which some critics charge capitalizes on the misleading overlap of anti-Zionism (opposition to a political ideology) and anti-Semitism (a form of racial bigotry).

“Israeli nationalism is based on Jewish religious affiliation as a constitutive element of the state of Israel. It is not the exclusive element, but it is the predominant one since the shift of the power relations to the right of the political spectrum,” Massimiliano Trentin, an expert on the history of the Middle East and North Africa at the University of Bologna, told WhoWhatWhy. Still, he adds, “it is useful to distinguish between antisemitic acts, and critics and opposition to a sovereign state, [such] as the state of Israel.”

When asked how people can have a clear overview of anti-Semitic hate crimes given the contested nature of its definition, Kevin E. Grisham, assistant director of research at the Center for the Study of Hate and Extremism in California, told WhoWhatWhy that “definitions vary [and] how they are recorded varies.”

In this sense, the annexes of OSCE’s practical guide are revealing. Targets of anti-Semitic crime may be Jewish or not, and can be considered victims of anti-Semitism when they are simply related to Israel (which officially is a Jewish — not Judaic, as in religious — democracy).

The OSCE document holds that “it is important to recall that anti-Semitic statements or slogans may wrongfully be presented as merely critical of Israel or anti-Zionist.”

Under this rubric, for a crime to be considered anti-Semitic it suffices that there be the “perception” of it. Or an expert “might also be able to identify a bias motivation that was not evident to the victim.” For example, an indicator that would be incriminating is if the perpetrator makes reference to “Khaibar,” by this “evok[ing] the story of the Jews of Khaibar, who were massacred in the Arabian Peninsula 1400 years ago.”

“Definitional inflation, like any inflation, cheapens the currency. The more things get to count as antisemitic, the less awful antisemitism is going to sound.”

One of the bias indicators of anti-Semitism, the OSCE guide notes, is evidence (drawings, graffiti or some such) showing that the perpetrators thought that the conflict between Israel and the Palestinians legitimizes the attacks. In this case, they are liable to be investigated for anti-Semitism.

In other words, any speech or act against a person or property — which is, directly or not, related to Israel, Jewish history or the Holocaust — may be defined as an anti-Semitic hate crime. The space for interpretation is wide.

“There is an irreconcilable difference of opinion about how language about Israel can be judged to be antisemitic,” says a spokesperson from Jews for Justice for Palestinians (JfJfP), who asked not to be named.

Recent accusations against the UK Labour party illustrate those radical divergences. The political activist Jackie Walker has been charged with anti-Semitism for arguing on Facebook that there should be no hierarchies in genocides (recalling slaughter in African countries during colonization).

The Equation Israel = Jewish Is Misleading

Emanuela Trevisan, Hebraist professor at the Ca’Foscari University of Venice, believes that educating people about Judaism and Jewishness should be one of the key strategies to counter “the equation Israeli=Jew.”

The understanding of a “new anti-Semitism,” she said, overlooks the fact that the Jewish population is not a monolithic entity, but is enormously diverse in terms of ethnicity, geographical origin, language, religious practice, and, obviously, political opinions. “I am absolutely against the Netanyahu government,” professor Trevisan told WhoWhatWhy. “That does not mean I am an anti-Semite. They are very different matters. It is important to underline this difference, the Israelis are Israeli and the Jewish are Jewish.” Trevisan adds how the overlap of Zionism and Judaism “is part of Israel’s policy, but it is counterproductive, it is a dangerous confusion.”

Numerous public figures, professionals and academics turned the argument around in an open letter to The Guardian last December. They wrote that “it is antisemitic to associate Jews with the actions of the Israeli state,” arguing that the definition promulgated by the International Holocaust Remembrance Alliance (endorsed by OSCE) “will strengthen not weaken antisemitism.”

Back in 2002, Michael Neumann, philosophy professor at Trent University, wrote, “Inflating the meaning of ‘antisemitism’ to include anything politically damaging to Israel is a double-edged sword … Definitional inflation, like any inflation, cheapens the currency. The more things get to count as antisemitic, the less awful antisemitism is going to sound.”

By the same token, Jews for Justice for Palestine told WhoWhatWhy, “It is precisely because we take antisemitism seriously, that we are so concerned when we see antisemitism allegations used as a weapon to defend policies of expansion, occupation and abuse of human rights by Israel.”

This, according to JfJfP, can lead to two potential dangers: “it devalues its meaning and desensitizes people, making it much more difficult to tackle real instances of antisemitic language or conduct.” Such confusion also threatens to close the debate on Israel/Palestine, “as people who disagree with Israel’s behavior retreat into silence for fear of being on the receiving end of an antisemitism accusation.”