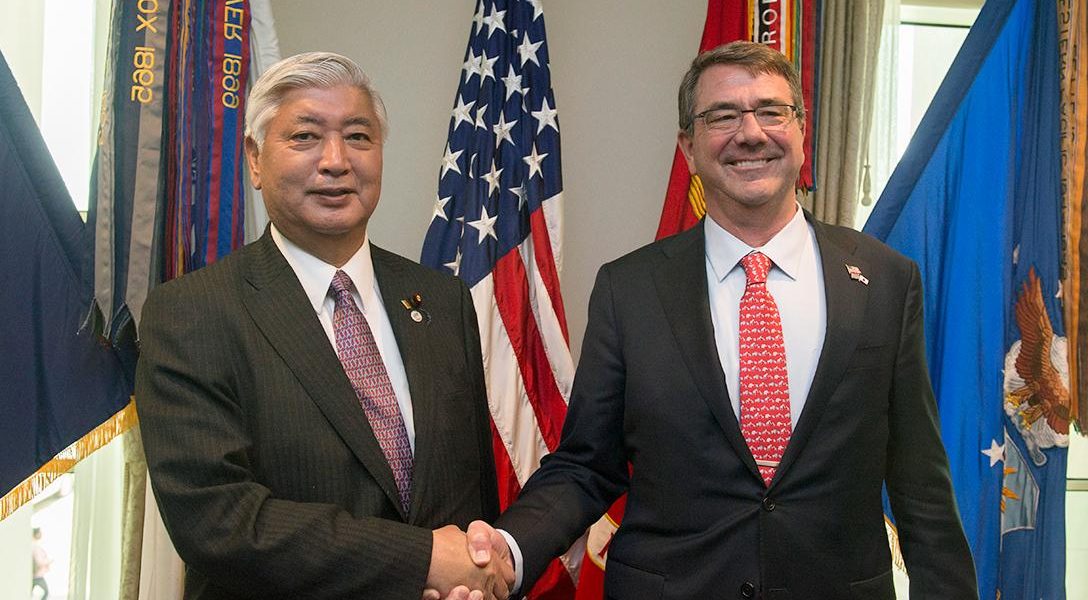 In the News: The US and Japan have agreed to narrow scope of the Status of Forces Agreement (SOFA) between the two allies. This change followed the murder of an Okinawa woman allegedly committed by a civilian employee of a US military base. About this photo: Japanese Defense Minister Gen Nakatani shakes hands with US Defense Secretary Ash Carter at the Pentagon, April 28, 2015. Photo credit: US Department of Defense

The Intercept outlines how Ben Jacobs of The Guardian fabricated comments by Julian Assange to accuse him of a long-standing relationship with Putin, and “guarded praise of Trump” over Clinton. The article went viral, “causing hundreds of thousands of people (if not millions) to consume false news.”

A Communist Party office was recently attacked by members of an ethnic Muslim minority in the province Xinjiang. Government officials deem the attack terrorism, while the group, Uighurs, deem treatment in China as historically repressive.

Exploiting the tragedy in an Oakland warehouse, neo-Nazi groups are urging members to cite zoning laws to shut down places where left-leaning activists gather.

Charts: Current US Economy vs What It Could Be (Celia)

From minimum wage to CEO pay to productivity, these historical charts demonstrate current economic realities against what they in theory could (should?) be.

Will Brokered Ceasefire Between in Syria Last? (Dan)

The US and the UN have been excluded from current, and apparently successful, peace talks between the Syrian government and rebel fighters. Previous ceasefire agreements have failed due to disagreements about the fate of Syrian president Assad. Furthermore, forming a cohesive group of the rebels – many tethered to Al-Qaeda – has caused difficulty.