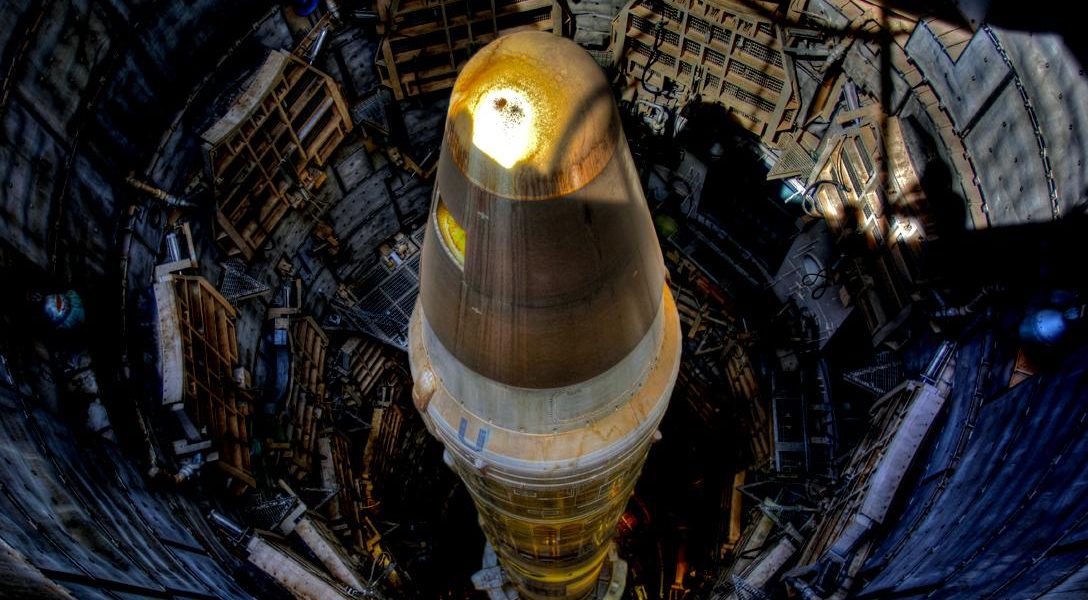 Classic Who: Iran Is Not the Biggest Nuclear Cheater — Guess Who Is

Israeli Prime Minister Benjamin Netanyahu said he looks forward to speaking to Trump about “what to do about this bad deal.”

Rep. Mike Pompeo (R-KS), nominated as director of the Central Intelligence Agency, said: “I look forward to rolling back this disastrous deal with the world’s largest state sponsor of terrorism.”

Retired General James Mattis, Trump’s choice for Secretary of Defense, said, “The Iranian regime, in my mind, is the single most enduring threat to stability and peace in the Middle East.”

Former Defense Intelligence Agency Lt. Gen. Michael Flynn, Trump’s choice for national security adviser, said: “I don’t trust Iran. … What I’ve seen over certainly the last 10 years, if not the last 30, they are not a nation to be trusted. … Stop all engines on this nuclear deal. Take a step back. Really take a deep-dive look at everything going on in the Middle East.”

We suggest they also take a “deep-dive look” at the US track record when it comes to complying with these kinds of deals. See our story below, first published August 4, 2015.

Trump, who fancies himself a master negotiator, is also an expert when it comes to not honoring agreements. None of this bodes well for US-Iranian relations and the future of a deal involving six countries that took years to craft.

It is none other than the United States that has consistently violated the nuclear Non-Proliferation Treaty—and it’s these violations that are one of the main drivers of the spread of nuclear weapons and the threat of nuclear war across the world.

While some worry about inspecting Iran’s nuclear facilities, Americans should be pushing first for inspecting something nearer to home: the embarrassing and dangerous record of nuclear treaty violations committed by the US and its fellow nuclear states.

And there’s something else that bears closer inspection: how the mainstream media’s misreporting about  nuclear armaments played a key role in justifying the Iraq war and other recent conflicts.

Mainstream reporting on the Iran nuclear deal shows just how successful the United States has been in getting its nuclear narrative across. Iran is depicted as a rogue state that the civilized P5+1 nations—the United States, United Kingdom, France, China, Russia, plus Germany—must curb.

In a recent article, The New York Times cited a US nuclear expert skeptical of the deal because, as he put it, the untrustworthy Iranians “are practiced at cheating.” One can find many similar statements repeated by mainstream news outlets like the Times.

But the Iranians are not the nuclear cheaters the world should be afraid of primarily–rather, it is Iran’s negotiating partners, especially the US.

The major legal document establishing international cooperation in the peaceful use of nuclear energy is the Non-Proliferation Treaty (NPT). It recognizes five nuclear nations: the United States, United Kingdom, France, China, and Russia. Briefly put, it establishes a strict quid pro quo: in exchange for promises by non-nuclear states not to pursue nuclear armament, the nuclear powers will undertake nuclear disarmament.

But even as the the West faults Iran for allegedly attempting to develop a nuclear bomb in secret, none of the nuclear powers are holding up their end of the deal.

Nuclear warheads are becoming ever more potent. Although the number of warheads since the height of the Cold War has gone down, those warheads have become far more deadly, as the nuclear states continue to research and implement upgrades on weapons and delivery systems.

Washington will spend an average of $35 billion a year for the next decade to modernize and maintain the nation’s nuclear force, according to the United States Congressional Budget Office estimates. Some in government, including Chairman of the House Armed Services Committee Rep. Mac Thornberry (R-Tx), call for large increases in response to perceived threats from Russian President Vladimir Putin.

And, of course, if the US upgrades its arsenal, so will Russia. And vice versa.

These states, under international obligation to disarm, on one hand make statements about their desire to move towards a nuclear-free world, and on the other continue to perfect their stockpiles.

Spreading the Danger Far and Wide

The US has placed nuclear weapons in many other nations as part of NATO’s “nuclear sharing” program. These nations not only store US nuclear weapons, they practice handling and delivering them. Under this system the United States has nuclear weapons in Belgium, Germany, Italy, the Netherlands, and Turkey.

Many see this as a violation of NPT, which bars nuclear states from delegating “the control of their nuclear weapons directly or indirectly to others.”

The US also has a history of selling nuclear secrets to friends. In the 1980’s the Department of Energy provided Saddam Hussein’s Iraq with information important to the construction of nuclear weapons and materials. In 1989, the DOE went so far as to invite three nuclear engineers from Iraq’s Al-Qa’qaa’ weapons facility to a conference on detonation physics.

According to Article I of the NPT, nuclear states may not “assist, encourage, or induce”–in any way—a non-nuclear state to manufacture or acquire a nuclear weapon.

Not surprisingly, the non-nuclear states see the current situation as inherently unfair. Barred from creating nuclear weapons by the NPT, they can’t help but notice that the nuclear powers are actively enhancing their own nuclear arsenals.

The Non-Aligned Movement, a group of 120 states, has repeatedly called on nuclear states to live up to their commitment to disarm, stressing that disarmament remains the organization’s “highest priority.” As the Non-Aligned Movement’s representative said in an address to a 2015 review conference of the NPT:

The Group reiterates its deep concern over the slow pace of progress towards nuclear disarmament, and the lack of progress by the nuclear weapon States to accomplish the total elimination of their nuclear weapons in accordance with their legal obligations and undertakings.

These are just a few ways the US has acted to spread nuclear weapons and secrets throughout the world; it is by no means an exhaustive list.

With this historical perspective, the Iran deal may be seen in a very different  light.