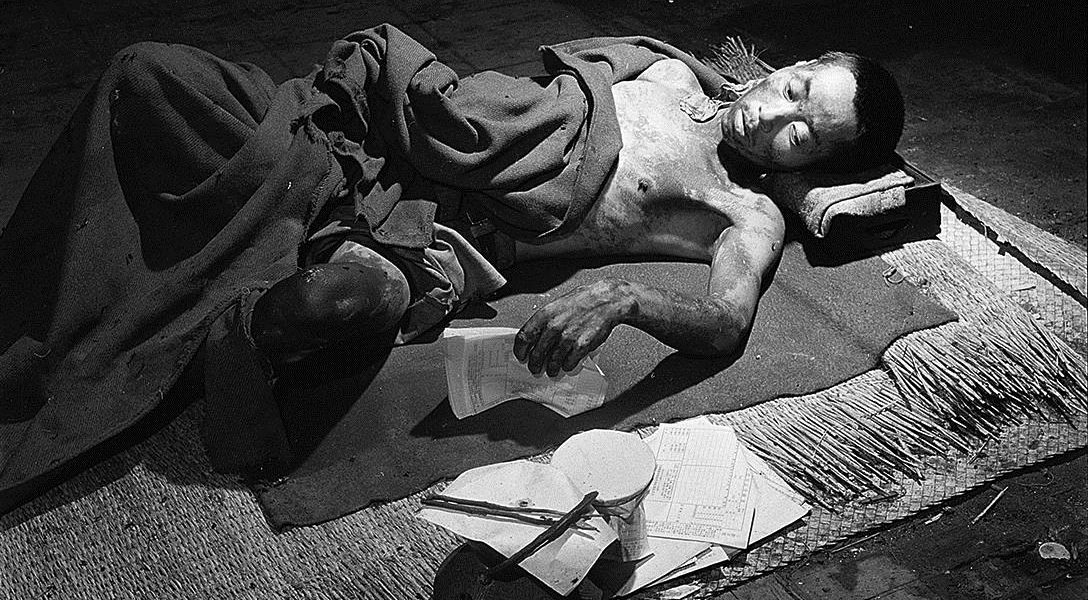 Classic Who: Hiroshima Series, Part I

President Barack Obama finished up his current Asia trip by becoming the first sitting US president to visit Hiroshima, Japan — site of the fateful atomic bombing attack on Aug. 6, 1945, that killed tens of thousands of Japanese citizens.

What follows is the first in a three-part series that first ran on March 16, 2014:

Dozens of hours of film footage shot in Hiroshima and Nagasaki in the fall and winter of 1945-1946 by an elite US military unit was hidden for decades and almost no one could see it. The raw footage, in striking color, languished in obscurity. As the writer Mary McCarthy observed, the atomic bombing of Japan nearly fell into “a hole in human history.”

As our nuclear arms race with the Soviet Union escalated, all that most Americans saw of Hiroshima and Nagasaki were the same black-and-white images: a mushroom cloud, a panorama of emptiness, a battered building topped with the skeleton of a dome — mainly devoid of people. “Never again.” At least not with outmoded bombs

To find out how and why all of this historic footage was suppressed for so long, I tracked down the man who oversaw the handling of both the Japanese and American film. His name is Lt. Col. (Ret.) Daniel A. McGovern. He told me that high officials in the Pentagon didn’t want those images out because,

“…they showed effects on man, woman and child. … They didn’t want the general public to know what their weapons had done — at a time they were planning on more bomb tests.”

Not incidentally, those planned tests were designed to help the US military build bigger and better nuclear bombs.

McGovern also said, “We didn’t want the material out because … we were sorry for our sins.”

The secret color footage was finally shown to the public, however limited, on June 2, 1982. The New York City screening coincided with the high point of the antinuclear movement.

In response to an escalating arms race stoked by a new president, Ronald Reagan, who said a nuclear war with the Soviets was “winnable” — a “nuclear freeze” campaign had been organized in hundreds of cities and towns. It captured the imagination of the media and a massive anti-nuclear march in Manhattan was set for June 12.

Despite this campaign, few in America challenged the view that dropping the bomb had been necessary. When Hiroshima and Nagasaki were invoked, even within the antinuclear movement, it was usually not to condemn, but merely to make the declaration: never again.

No matter what one thought of Truman’s decision in 1945, this much was clear: Endorsing the bombings and saying “never again” did not fit together comfortably. Washington, after all, maintained its “first-use” nuclear option, and still embraces it today.

According to this policy, under certain circumstances the United States can strike first with nuclear weapons — and ask questions later. In other words, there is no real taboo against using the bomb.

Ten days before the June 12 march, a few dozen Americans first saw some of the historic color footage shot by the American military — but not in an American film.

It was the Japanese who put together the film, and only because of a chance meeting in New York between Herbert Sussan — who, as a young soldier, helped shoot some of the 1946 footage — and a Japanese activist. When the activist learned of the secret film from Sussan, he lead a mass movement in Japan to raise enough money to copy 90,000 feet of it. (They also purchased a copy of the suppressed, black-and-white film shot by the Japanese newsreel team.) The film was shown at the Japan Society in Manhattan.  It was called “Prophecy.” At the Japan Society, the now-elderly Sussan, who had become a pioneering TV director at CBS, told the audience,

Then they rolled the film. The footage revealed miles of devastation dotted by rubble and twisted girders, close-ups of artifacts — blackened statues, a collapsed church or school — and victims displaying their inflamed scars. Doctors in shattered hospitals bandaged gruesome wounds. Patients, most of them women and children, exposed to the camera their scarred faces and seared trunks. They acted stoic, dignified, yet their intense gaze suggested deep wells of bitterness at the US for dropping the bomb — or perhaps at Sussan for subjecting them to this further humiliation. Or was it both?