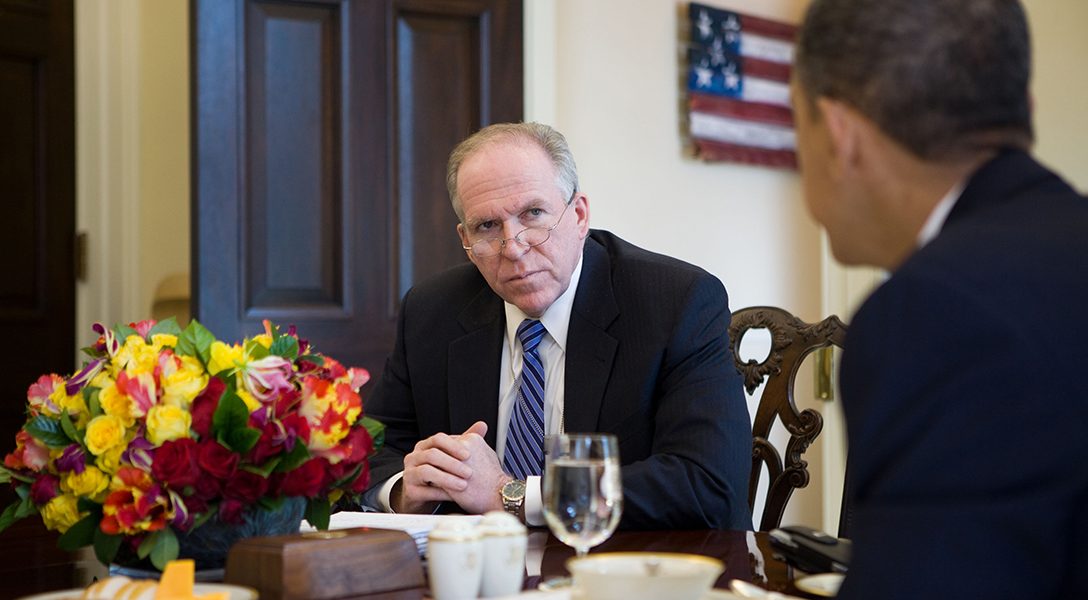 While those weren’t the agency director’s exact words, instead that of the clueless detective from The Naked Gun movies, the damage-control agenda from Brennan is unmistakable, despite all the evidence to the contrary looming overhead.

Several lawmakers who have seen the censored final chapter of the 2003 joint inquiry report have suggested it clearly shows logistical and financial support for the attacks by Saudi Arabian nationals inside the United States at the time.

“I believe they are going to come out, I think it’s good that they come out,” Brennan said. “People shouldn’t take them as evidence of Saudi complicity in the attacks.”

This follows Brennan’s May 1 appearance on Meet the Press, where he claimed “the 9/11 Commission looked very thoroughly at these allegations of Saudi government involvement.”

Brennan’s premise is false because it rests entirely on the discredited assertion that the 9/11 Commission, which followed the congressional inquiry over a year later, dutifully followed up on the claims against the Saudis and somehow found nothing.

Meanwhile, multiple members of the 9/11 Commission itself have asserted otherwise, and that their team never was allowed to fully examine Saudi Arabia’s role in 9/11:

“Our report should never have been read as an exoneration of the Saudis.”
– 9/11 Commission member and former U.S. Navy Secretary John Lehman.

“At some level of the government, at some point in time … there was an agreement not to tell the truth about what happened.”
– 9/11 Commission lead senior counsel John Farmer.

Author and former New York Times reporter Philip Shenon also quotes Lehman in his award-winning book “The Commission.” In it, he notes Lehman “was struck by the determination of the Bush White House to try to hide any evidence of the relationship between the Saudis and al-Qaeda. ‘They were refusing to declassify anything having to do with Saudi Arabia,’ Lehman said. ‘Anything having to do with the Saudis, for some reason, it had this very special sensitivity.’”

Brennan apparently just wants the public to ignore those claims and trust the word of the CIA.

One investigator, Dana Lesemann, was fired by 9/11 Commission director (and Bush policy advisor) Phillip Zelikow because she refused to take no for an answer on a request to see the full Joint Inquiry report.

As for Brennan’s claim that the Senate Inquiry report was “preliminary,” that appears to be news to Joint Inquiry co-chair and former U.S. Senator Bob Graham.
“This report was 850 pages,” Graham told NBC’s Meet the Press. “This is 28 pages out of that. There’s been no questions raised about the professionalism and quality of the other 820 pages of that report and this chapter followed the same standards that they did.”