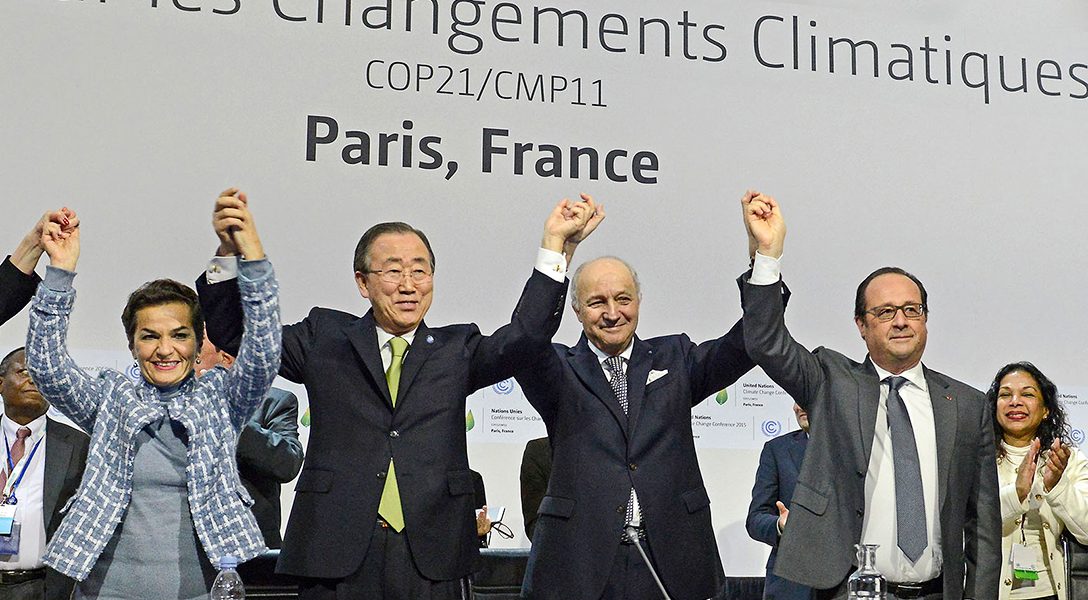 Apparently kicking and screaming the whole way, some of the world’s oil giants are finally taking some small steps to get on board with the 2015 Paris Agreement, which aims to reduce climate-warming emissions.

Chief executives of seven major producers — none of them based in the US — have agreed to join forces “to create an investment fund to develop technologies to promote renewable energy,” Reuters reported Wednesday.

Citing anonymous sources, the report says the group will offer more detail later Friday in London on their plans to “focus on developing technologies to lower emissions and increase car engine and fuel efficiency.” It goes on to concede that the OGCI declined to comment. Total, Shell and BP followed suit. And what better way to start greenwashing themselves by appearing to not want publicity?

Whether the initiative comes with some teeth remains to be seen. Hopefully, the giants put up enough investment to more than offset the industry’s alleged $115 million in annual efforts to obstruct climate advocacy.

All over the globe, the costs involved in getting harder-to-reach fossil fuels to market are rising, while the profit margins are dropping. Both trends have been fairly relentless for a very long time now. That’s no liberal conspiracy, nor any “hoax” by the Chinese. It’s merely a matter of geology, and the basic Laws of Thermodynamics.

So while the stark data of climate science failed to bring sweeping change long ago, the dire economic realities of the industry today appear to be speaking a language the oil majors better understand. The writing is on the wall for the biggest polluters on the planet: Adapt or die. This is another begrudging step. There will be many more to come.