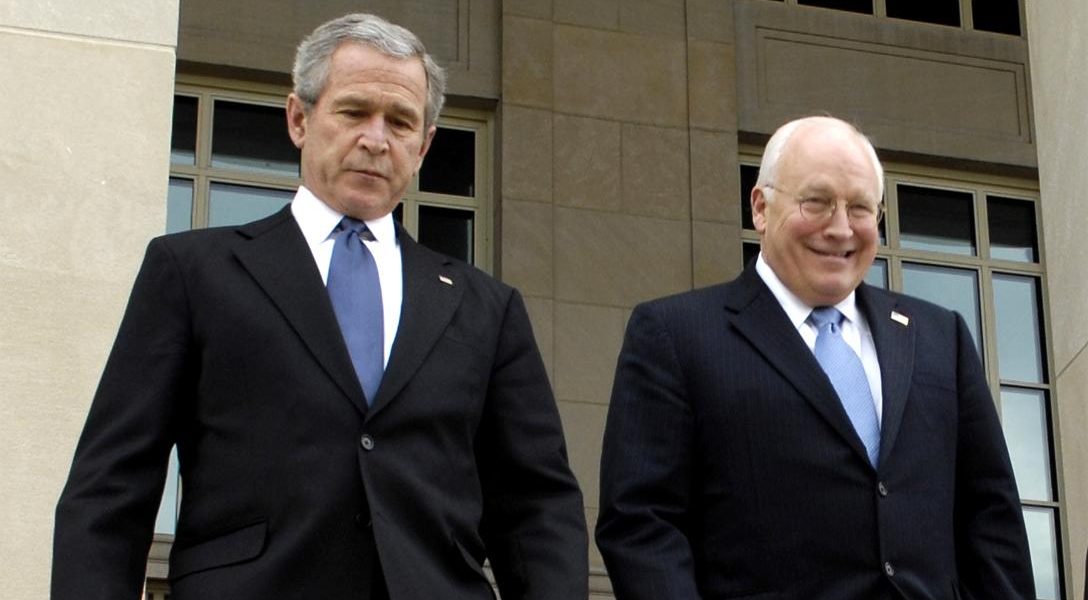 Twelve years ago today, President George W. Bush was accompanied by Vice President Dick Cheney when they "testified" before the 9/11 Commission. They were not under oath, they were not recorded, and the session was not officially transcribed. The close door meeting took place in the Oval Office. About this photo: President George W. Bush and Vice President Dick Cheney  Photo Credit: US Department of Defense

Easier Than Ever to Sue Poor People Over Medical Debts (Russ)

Collection agencies are going after struggling folks throughout the country, but it’s cheaper and easier in Nebraska, and the numbers bear that out.

The chairmen and executive director of the 9/11 Commission are doing their best to discount the significance of the “28 Pages,” which are said to illustrate damning ties between Saudi Arabia and 9/11.

Despite being held up by tensions between Obama and Netanyahu, the proposed $40 billion in military aid from the US to Israel would be the largest ever. Netanyahu, however, thinks he can negotiate a better deal with the next US president.

Almost impossible to know anymore what is The Onion and what isn’t.

President Obama believes the controversial trade agreement will be easier to pass after November, when Congress will be less vulnerable to political influence. Yet, his foundation is supported by industries that could benefit from the deal.

After decades of ingesting all manner of toxics, the public is wising up — and the processed food industry,  not surprisingly, is beginning to do something about it.