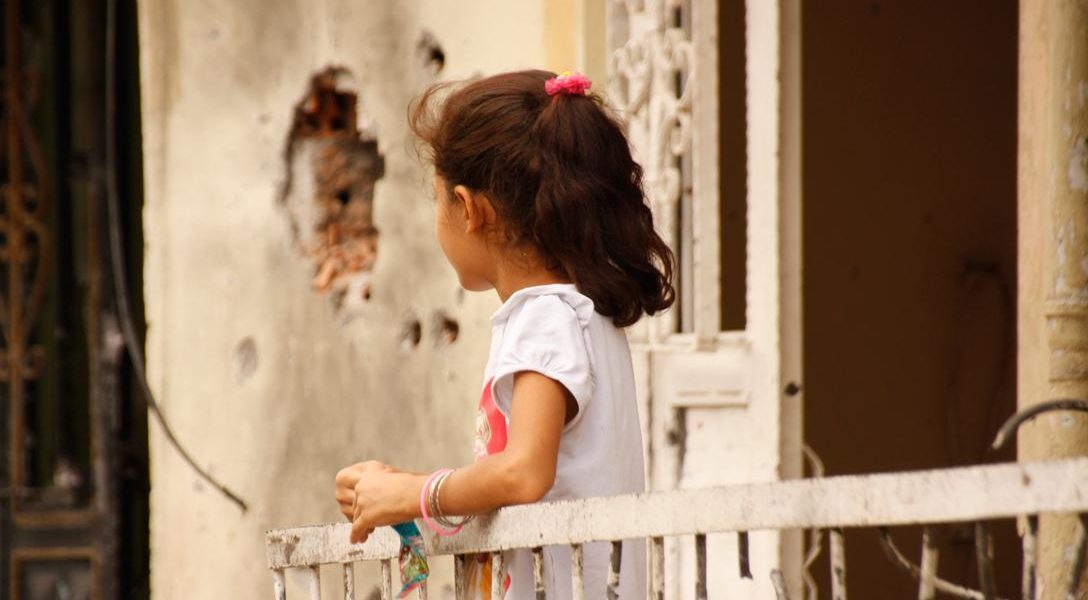 An Explosive Situation Is Brewing in Turkey

ISTANBUL, Turkey — Buildings are riddled with bullet holes, the sound of explosions can be heard day and night, and many residents have already packed up their belongings and fled. It sounds like war-torn Syria, but the actual location is a surprise: inside the supposedly secure borders of Turkey.

“There is constant fighting with tanks and heavy weapons in the center, and a lot of houses have been destroyed,” said a teacher in Diyarbakir, the main Kurdish-majority city in Turkey. The man refused to have his name published for fear of losing his job. He told WhoWhatWhy: “It’s become worse in the last three or four days.”

The Turkish government claims to have “neutralized” over 3,100 Kurdish PKK militants since August. The Kurds dispute those numbers. The Turkish Human Rights Foundation says some 170 civilians have been killed, while Turkish media reports claim that over 100,000 have been displaced.

Turkey has been fighting Kurdish militants in the country’s southeast for more than three decades; 40,000 people have lost their lives in the violence. But the danger of igniting a wider conflict has escalated since last summer. That’s when a two-year ceasefire collapsed, partly as a spillover from the Syrian civil war next door.

Last November Turkey shot down a Russian bomber that apparently violated its airspace along the Syrian border. Since then, relations between the two countries have devolved into a hostile stand-off.

Russia seized on the incident to close parts of Syria’s airspace to Western aircraft. Many observers believe that Putin could supply Kurdish militants along the Turkish-Syrian border with advanced arms, such as modern anti-tank missiles that could have a devastating effect on the Turkish army.

Yet it’s not World War III that analysts worry about the most — at least not in the conventional sense. The bigger danger is that the crisis could fragment NATO, where many voices have started to question Turkey’s role in the alliance.

Which Side Is Turkey On?

The Kurds, who number approximately 28 million, may be the largest ethnic group in the world without its own country. What the Kurds consider their ancestral homeland is a contiguous area that runs from southeastern Turkey into parts of Syria, Iraq and Iran. In recent conflicts against jihadists, including the Islamic State, the Kurds have proved themselves the most reliable local ally for the West.

Westerners consider Turkey an ally, but many believe Turkey has aided ISIS and other extremist groups in Syria. Some observers even suggest Turkey has colluded with the extremists against the Kurds. In fact, the two-year ceasefire collapsed when Kurdish militants killed two Turkish policemen whom they accused of helping ISIS conduct an attack that killed over 30 Kurdish youth activists in July.

The Turkish government’s displeasure with the Kurds is also directed at an experiment in radical local democracy that the Syrian and Turkish Kurds have been conducting in recent years.

Some see this development as a possible model for failed regional states such as Syria and Iraq. Others see it as part of the problem rather than a solution: Watchdogs such as Amnesty International have accused the Kurds in Syria of war crimes.

One thing is certain: the existence of self-governing Kurdish institutions inside Turkey has aroused the anger and fear of the Islamist-leaning government in Ankara.

For a couple of years now, explains Haydar Darici, a Kurdish anthropologist who studies the conflict, the Kurdish movement has run its own schools and neighborhood councils in the Turkish cities currently under siege. “Nobody goes to the state for anything there.”

This is intolerable, Darici adds, to a government that has turned increasingly authoritarian in recent years, cracking down on critical journalists, academics, and even ordinary citizens. (Some have been charged with espionage, others with supporting terrorism, still others with insulting the Turkish president.) Darici and others believe that the curfews and the urban warfare are designed to suffocate and crush the local autonomy movement, rather than to simply reestablish a government presence there.

The problems with Turkish democracy are not new: Turkey ranks very low in a worldwide survey of media freedom — 149th out of 179 countries in 2015, according to Reporters Without Borders. Recently, the crackdown has intensified, with incidents such as police taking over opposition media mid-broadcast on the reported charges that their tax reports were too good to be true.

In the past few weeks, government suppression has approached a level many have privately compared to a witch hunt: dozens of academics who signed a letter calling for an end to the military operation were arrested in January, and over 1,100 others face dismissals, criminal investigations, and threats.

“Everyone who benefits from this state but is now an enemy of the state must be punished without further delay,” Turkish President Recep Tayyip Erdogan proclaimed recently. Many beleaguered academics blame Erdogan for escalating the violence in hopes of consolidating his political power.

MIT professor Noam Chomsky was among a number of Western academics who signed the letter calling for an end to the government’s actions against Turkish citizens for exercising their constitutional right to peaceful dissent. “Erdogan’s attack on free expression is another step in his efforts to consolidate authoritarian rule,” Chomsky told WhoWhatWhy in an email.

Western Europe seems hesitant to acknowledge Turkey’s repression. The European Court of Human Rights recently refused to issue an injunction against the government-imposed curfews in the Kurdish-majority cities.

This reluctance to condemn Ankara’s actions is not surprising. Turkey has turned into the European Union’s shield against refugees from Syria and other parts of the Middle East. But the leader of the Turkish opposition had no qualms about describing the situation in the starkest terms: he said Turkey was turning into Western Europe’s “concentration camp.”

The US also takes care not to offend Turkey. When Vice President Joe Biden visited Ankara on January 23 to ramp up the regional alliance against ISIS, he spoke out against attempts to curtail freedom of speech, but then proceeded to parrot the Turkish government’s position that the militant Kurdish People’s Party (PKK) is as much a “threat” to Turkey as ISIS itself.

To be sure, the PKK is listed as a terrorist organization by the US and the EU (though other Kurdish groups involved in the conflict aren’t). And most analysts agree that Kurdish attacks against the Turkish army and police have contributed significantly to the spiralling violence.

Still, the US and other Western governments have long turned a blind eye to the civil and human rights abuses of their allies — Oman and Uzbekistan were most recently in the headlines, though Saudi Arabia may well be the most glaring example.

Such uncritical support for Turkey ignores a real danger: Ankara’s focus on Kurdish militants may compromise its cooperation with Western efforts to defeat ISIS.

In addition, Turkey’s confrontation with Russia adds another level of risk to that posed by its internal conflicts. Although Turkey has the second-largest army in NATO, few think it can prevail against the PKK by force of arms alone. Yet its military posturing could provoke Russia into some form of intervention — a frightening prospect since Turkey’s NATO allies are treaty-bound to come to its aid if it suffers an “armed attack.”

An alliance, experts say, is only as strong as its weakest link, and Russia stands to gain enormously from any crack in NATO.

In the environs that is Turkey and the Middle East, there aren’t enough armies or bodyguards to protect someone such as Erdogan.

Having served in Kurdistan reinforces my conviction that these people make wonderful friends and allies. To stir them up is like fighting hornets but if they’re your friends and they trust you, you have an inalienable ally.

Too bad the US State Department doesn’t notice, because they freely would do much dirty work for Democracies and human rights.

Western governments may consider Turkey an ally, but Turkey is not a friend of Western Civilization.

“The bigger danger is that the crisis could fragment NATO, where many voices have started to question Turkey’s role in the alliance.”

Excusez-moi … “starting” to question Turkey in EU & NATO at this late date? Therein lies the problem. And yes, World War III is just around the corner with such an asinine and diabolical international strategy. If so many knew that Erdogan (Gollum-the-gargoyle) was a villain, how come the thinkers-that-be are just “starting to question” the inclusion of Turkey in the Alliance of Satan ? Well, he’s there now and there’s nothing they can do about it. Erdogan’s morality is the morality of Barak Obama, NATO and the European Union. So tell us once again who’s been going around the world preaching the gospel of freedom, democracy & human rights?

Turkey’s learned one thng: so long as you roll over to the USA (boss of EU & NATO) you can commit crimes against humanity and any level of atrocities from now till doomsday, and the cabal will pretend it didn’t happen … erase it from history … just like the history of a million Armenian Christians mercilessly tortured and slaughtered, that just seemed to disappear somewhere in the Western air.