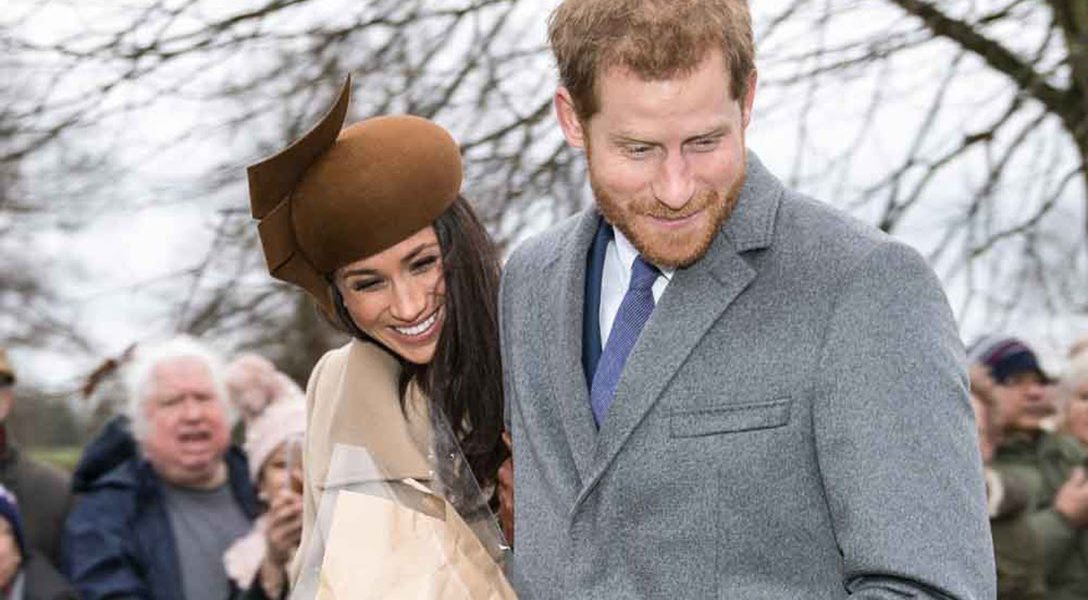 Prince Harry and Meghan Markle with other members of the Royal family going to church at Sandringham on Christmas Day 2017. Photo credit: Mark Jones / Wikimedia (CC BY 2.0)

LONDON — Ricky, Ricky, Ricky (Gervais), what have you done? You crazy, mixed-up comedy kid (aged 58). I love your work, dude. The Office, Extras, and After Life are innovative comedy gold in the Larry David class, but your edgy Golden Globe monologue roasting Hollywood pieties has been reverse-engineered into a monster on social media.

“So if you do win, don’t use it as a platform to make a political speech to lecture the public … If you do win come up accept your little award. Thank your agent, thank your God and f**k off,” you told the glitzy audience — and it was sweet music to the angry Trump/Brexit echo chamber. Last week, it was even weaponized to take aim at the bridge of the Starship Enterprise, well, Captain Jean-Luc Picard to be precise, in the shape of the actor Sir Patrick Stewart.

Sir Patrick, a high-profile campaigner to stop the UK leaving the European Union, told a reporter Brexit was “the grimmest thing” to have happened to him in his political life. Cue the social media pile-on and the brandishing of the Gervais monologue as the go-to cudgel to beat him into silence.

Twenty-four hours later and the same cohort produced what is known in British newspaper slang as a “reverse ferret”: A sudden reversal in an editorial or political line on a certain issue (a ferret being a domesticated polecat trained to drive rats from their burrow). This time an actor spouting off about politics was hailed as an “anti-woke” hero, by the same voices who had roared their approval when Gervais told the Hollywood liberal establishment to button-it.

Laurence Fox, a scion of the Fox acting clan (his uncle, Edward, played the upper-class English assassin in the 1973 classic political thriller The Day of the Jackal), blew up Question Time, the flagship BBC debate show in which guests from the worlds of politics and the media answer questions posed by members of the public. Inevitably, it was the national fixation — Meghan Markle and Prince Harry’s decision to consciously uncouple from the British royal family aka the world’s greatest soap opera — that triggered the (lights, camera) Action! Fox accused Rachel Boyle, a university academic, of “being racist” after she called him “a white privileged male” for denying the Duchess of Sussex was hounded from Britain for being mixed-race.

Fox groaned and banged his head on the table theatrically, claiming Britain is “the most tolerant, lovely country in Europe.” He added: “Oh my God. I can’t help what I am, I was born like this, it’s an immutable characteristic: to call me a white privileged male is to be racist — you’re being racist.”

To press home his “point,” the white victim of racism later tweeted a Martin Luther King quote suggesting he and the great civil rights leader were on the same page. That’s what George Soros might call chutzpah.

Little known for his work, the actor is now the UK poster boy for the angry white man on social media, and reveling in his newfound alt-right fame. After being targeted with a wave of online outrage, the actor goad-tweeted: “To be clear, I am in no way having the best day of my life ever drinking all these leftist tears. My cup it overfloweth. But please don’t stop.” With the chances of more acting roles open to question, he is on the brink of a new career as yet another agent provocateur of clicks.

But Gervais was mistaken to demand actors, artists, and singers to stay on script and not ad-lib about causes they believe in. Ever since the dawn of mass entertainment, performers have leveraged their fame to promote important causes they believed in — Paul Robeson for example. Is Gervais saying Bob Dylan, Paul Newman, and 1960s A-listers who went to the South to support the desegregation struggle should have stayed home? Should the Live Aid artists have ignored the plight of starving Ethiopians and stuck to sex, drugs, and rock ‘n roll?

Meanwhile, those who denounce the lily-livered liberal artists would do well to remember that Ronald Reagan was a chip off the Hollywood block. Indeed, President Donald Trump began his journey to the White House when his fame really kicked in as an “entertainer,” via The Apprentice reality series.

As Shakespeare said: “All the world’s a stage, And all the men and women merely players,” in what now appears to be a prophecy of the digital age and its hyper-reality.

Or as Ricky Gervais himself put it, at the conclusion of the Golden Globes ceremony: “That’s it, we’re done. Thank you. Have a good night. Please donate to Australia…”