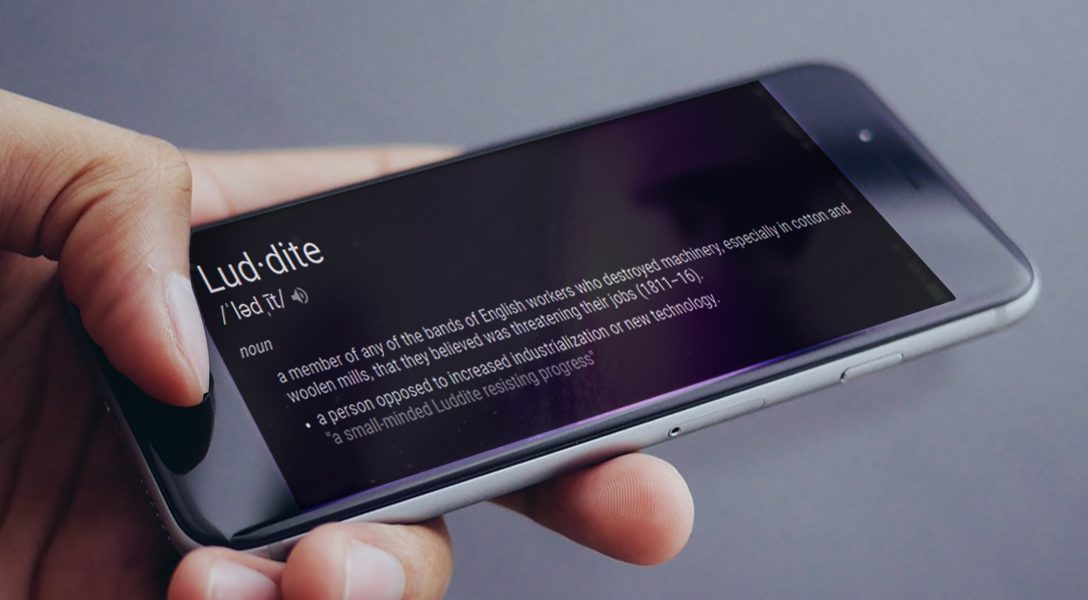 It Devours: Smartphones Are Seducing Us Out of Reality

In 1996 came the Internet and it made the world instantly global. Then, in 2008, the iPhone arrived, and we as a society became universally and ubiquitously plugged-in. Mainlined into the cosmic collective, and buttressed by an accompanying explosion of virtual “communities” through social media sites.

Today this omniscient virtual world is summoned on average 85 times a day by its users (31,000 times in a year). But these seemingly innocent, daily technologies are taking over our lives, eroding our ability to think and engage with the outside world.

These are not incremental changes: these are windfall redefinitions of how people interact with the world, how they interpret reality, how they decide to live their daily lives.

The iPhone (and all the other smartphones subsequent using that seductive interface) represents an epochal leap in technical history. It is not a horse-to-automobile transition. It is a firecracker-to-Hiroshima meta reconfiguration.

Are we slouching toward being slack-jawed somnambulists who prefer the Brave New Device over a spontaneous conversation, or even knowing our next-door neighbor?

In 2018, roughly 70 percent of American adults own a smartphone, and more than two billion worldwide. For most, they are the psycho-social appendages that provide a sleek conduit to the world at large. Increasingly, this surrogate world has effectively replaced the world residing outside their window. And why not? It’s supremely easy to use, it’s always there, and it’s the most powerful mass communication device ever conceived.

Its phenomenal presence has birthed a psychological cottage industry to evaluate its effects. All stripes of pathologies have been linked to its usage: addiction and subsequent withdrawal symptoms, depression, neuromuscular damage, sleep disruption, reduced attention spans (less than your typical goldfish in some cases), diminished empathy, and surely more to come. The World Health Organization also has quietly designated cell phone technology as “possibly carcinogenic to humans.”

I don’t own a smartphone, never have, and never will.

I’m a born contrarian. I look at conventional wisdom, the orthodox point of view, and try to detect the flaws in it. I’m generally suspicious of groupthink, and I subscribe to what Charles Bukowski once said: If you have two lines of people, one with 100 people in it and one with two people, always get in the short line.

I have worked directly in technology for 30 years, give or take, primarily in editorial or technical writing positions. I remember KayPro computers, I used WordStar word processing software, I was proficient in MS-DOS. Technology back in the day, roughly beginning with the introduction of the IBM PC in 1981, was a defining watershed moment for modern civilization; no need to belabor the obvious. Personally, it allowed me to make a decent living through writing, which was always my single-minded aspiration.

Why would a person who has made his living in technology not be an advocate for the most sophisticated and powerful technical platform ever invented? Does this resistance come from some technophobic neurosis or irrational Luddite fantasy?

Revolt Against the Industrial Machines

Well, let’s discuss the much-maligned Luddites. For background, they were a group of incensed textile workers and weavers in Manchester, England between 1811 and 1818 or so, making their historical imprint by wantonly destroying textile equipment, looms, and other machines. They are the poster children for ill-considered, anti-technology myopia, and are laughed off today as a perverse attempt to thwart the general progress of society.

The truth belies the simplistic myth.

Iain Boal, a longtime historian of science and technics, has the story right. Luddites, first of all, were proficient, skilled artisans who actually helped design many of the mechanisms and equipment to automate textile weaving processes. Their problem clearly wasn’t with the technology itself, as they were willing participants in its creation. What triggered their rage against the machines were the social relations between the workers enforced by the presence of the machines. Their selective destruction of equipment — wrecking some, leaving others — is evidence of this. It was the revolt against the types of participation required by workers with the machines, against the ugliness and repetition of the emergent factory life. The Luddites quickly became public enemies, and their alarming antics resulted in the new capital crime of destroying industrial equipment. Hundreds were executed, thousands imprisoned. The state’s brutal response represents an anthropological sea change from just 10 years before, at which time witchcraft was removed from the list of automatic death sentences. Society’s thrust had changed momentously. Its immediate threats now no longer resided in the metaphysical ether — but on the worldly terrain of the factory floor.

Much can ensue in a single decade.

Karl Marx, not so long after the Luddites’ dramatic rise and fall, wrote about something called the fetishism of the commodity. Its premise is that a commodity (something produced for profit by human labor) at a certain point acquires a singular, magical identity that gives it a value completely apart from the resources and labor used to produce it. It takes on a life of its own, and transcribes a new narrative for its own purpose. It self-invents, embodies only itself.

The smartphone is nothing if not magical. It is the gizmo for the ages, a “device” (such an insufficient label) that devours reality and spits back at us a vicarious version that is so seductive and engaging that it is literally rewiring how humans function on a cognitive level. Numerous recent studies on smartphone users have detected a diminished capacity for critical thinking and problem solving. The mere presence of a smartphone (even turned off and flipped over) adversely affects the thinking processes of test subjects.

“The Shallows,” a book by Nicholas Carr, is the first book to explore the wholesale structural rewiring going on. Combining substantial data from neuroscience with his self-assessment of his own cognitive processes, Carr suggests that 1) the brain remains a malleable, revisable entity throughout life; 2) reliance on technology and screen culture diminishes our ability to focus and ruminate on or interpret deep thoughts; and 3) reduces our capacity for making abstract connections essential for original, creative thought.

The smartphone is only the beginning of a series of macro-disruptive technical changes just around the bend.

Herein lies my beef. Smartphones, it seems to me, are incrementally corroding those qualities that make people interesting, fun to be around. I know this is a dangerous generalization to make, and one that can never be proved or disproved directly. But personal observations do matter. Every time I watch somebody gazing at their phone with fogged-over, complacent eyes, every time I dodge an oblivious person on the street texting or checking their GPS location, every time I sit in complete silence on a bus while people busy themselves watching a Netflix show or YouTube video, I feel the collective alienation that has befallen us. Are we slouching toward being slack-jawed somnambulists who prefer the Brave New Device over a spontaneous conversation, or even knowing our next-door neighbor? Is a hermetically predictable, mediated world better than a spontaneous one that demands real participation and decision making? Big questions indeed.

So, from my point of view, that’s the drama (or anti-drama) being played out as the smartphone and associated technologies relentlessly morph and endlessly expand their domain. There is no point of final arrival, nor can there ever be. Is it out of the question that smartphones will one day be inserted as brain implants? There are several videos on YouTube right now showing just how this can be done.

This is another version of the Luddite narrative from 200 years ago, but on an infinitely more complex terrain, and lacking their counter-argument. Meanwhile, I watch from a corner as a non-participant. I have consciously applied borders on my acceptance or rejection of technologies, and will certainly continue to do so going forward. (We won’t even begin to dig into robotics, artificial intelligence, or the terrifying mirror universes of quantum computing, thank you.)

The great social critic Neil Postman posited that there should be basic criteria applied when determining whether a technology should be adopted. 1.) What is the problem to which this technology is the solution? 2.) Whose problem is it? 3.) What problems might be created after the original problem is solved? 4.) Which institutions might be most seriously harmed by technical innovation? There are likely dozens more questions that should be asked, but the point is that none currently are. Wholesale acceptance of technology — particularly increasingly complex systems with unknown synergistic consequences, is very much a disaster waiting to happen. The smartphone is only the beginning of a series of macro-disruptive technical changes just around the bend. We better have the critical capacity to determine whether or not these things should actually have a place in the world.

Humans don’t have a good track record in this regard. Technology is deified as the touchstone for progress and uplifting our collective fate. I await the day this perception changes. I look forward to people saying “enough” to scream like a banshee that this is insane and that there are real alternatives to what seemingly feels like this quicksand inevitability of affairs. Virtuous indignation, after all, has given us democracy, civil rights, great music and literature, and all the best aspects of community and creative life.

For that, I can wait to check my email when I get home. Meanwhile, I’ll be waiting in Bukowski’s short line for more naysayers and rabble-rousers. They’re a blast to hang out with.