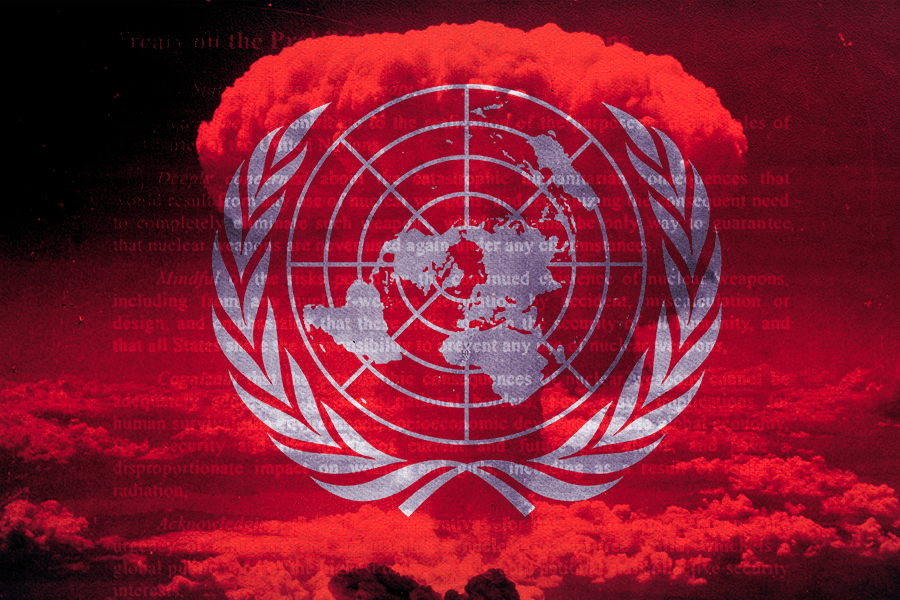 Eliminating Nuclear Weapons Before They Eliminate Us

WhoWhatWhy is partnering with Global Geneva, where this story was originally published, to help broaden access to content that will benefit a wider global readership.

On October 24, 2020, the Treaty on the Prohibition of Nuclear Weapons (TPNW), adopted in July 2017 by 122 states at the United Nations, reached 50 ratifications. This triggered the treaty’s entry into force on January 22, 2021.

Skeptics point out that none of the nine countries (China, France, India, Israel, North Korea, Pakistan, Russia, the United Kingdom, and the United States) actually possessing the global stockpile of some 13,000 nuclear weapons participated in the negotiation of this treaty. Nor have they signaled any readiness to join it.

This is understandable given that the main goal of the treaty is to make nuclear weapons illegal, primarily because of their potential humanitarian consequences. Countries with nuclear arms continue to argue that such weapons are necessary for their own security. And this despite the fact that five of them have committed themselves to nuclear disarmament under the 1968 Non-Proliferation Treaty (NPT).

The TPNW is the outcome of a civil society initiative embodied in the International Campaign to Abolish Nuclear Weapons (ICAN), which was awarded the 2017 Nobel Peace Prize. It was successful in rallying a large number of governments that felt cheated and betrayed by the unfulfilled promises of the nuclear-weapon states. For instance, in the NPT’s Article VI, all parties agreed to “pursue negotiations in good faith on effective measures relating to cessation of the nuclear arms race at an early date.”

But that was 50 years ago! So where are we today?

First, we are witnessing modernization programs for all nuclear weapons, some planned for several decades to come and at the cost of trillions of dollars. Second, we are also seeing a breakdown of the arms control architecture put into place during and after the Cold War.

The United States, indeed, withdrew in 2002 from the Anti-Ballistic Missile (ABM) Treaty and in 2020 from the Intermediate-Range Nuclear Forces (INF) Treaty. It is still abstaining from ratifying the 1996 Comprehensive Test Ban Treaty (CTBT). The 2010 US-Russian New Strategic Arms Reduction Treaty (New START) expires in February 2021, but so far there is no agreement as to its extension or replacement. This has raised a lot of concern and uncertainty.

Deterrence: No Longer a Justifiable Reason

Third, we are living in a new arms race between offensive and defensive systems. This is primarily because of the US deployment of anti-missile defenses, while Russia and China have invested in hypersonic missiles capable of bypassing them. Other nuclear powers have followed suit, creating a risk of destabilizing first strikes. This risk is also increased by the deployment of so-called “low-yield” nuclear warheads aboard US submarines.

Nuclear powers still claim that their doctrine is based on deterrence. This means that they are not intending to actually use their nuclear weapons, but rather to maintain them as a possible counter to perceived aggression. Yet, despite such assurances, it is easy to grasp that deterrence does not always work. It has not stopped armed attacks against countries which have nuclear weapons, such as the UK by Argentina, leading to the Falklands War, or Israel by Arab states. Or even between nuclear powers, such as China and the Soviet Union, China and India, or India and Pakistan.

Today, escalation from conventional to nuclear war is far more likely due to the greater number of countries concerned and involved with regional conflicts. There is also a lower threshold of possible use of certain weapons, notably those defined as ‘tactical’ or “non-strategic.” On at least several occasions, the world may have escaped catastrophic accidental or unauthorized nuclear detonations by sheer luck. Such dangers are now complemented by the risk of cyberattacks on command-and-control systems.

Nuclear powers also affirm that one reason why they must cling to their arsenals is the threat from rogue states wanting to acquire the bomb. But the history of nuclear arms buildup is a history of proliferation by those who already possessed the technology and shared it with other would-be nuclear countries: American scientists, for example, helped the Soviet Union develop its nuclear weapon to prevent a US monopoly. In turn, France helped Israel and then the Soviet Union helped China, who went on to help Pakistan, etc.

How to Discourage Proliferation?

But how can nuclear powers expect to discourage proliferation when they themselves proclaim that nuclear weapons are indispensable security guarantees? This simply makes them more attractive to countries that feel threatened, often by nuclear powers, as in the case of Iran and North Korea.

Climate change science has helped people better understand the potential human consequences of any nuclear detonation. Even a limited nuclear war, for instance between India and Pakistan, would cause a “nuclear winter” due to emissions of smoke and soot resulting in massive famine and up to two billion victims worldwide.

As the International Court of Justice stressed in its 1996 Advisory Opinion: “The threat or use of nuclear weapons would generally be contrary to the rules of international law applicable in armed conflict, and in particular the principles and rules of humanitarian law.” As a reminder, these principles include those of humanity, distinction (between military and civilian targets), proportionality, and prohibition of unnecessary suffering, all of which would be violated by any use of nuclear weapons.

Marc Finaud is a former French career diplomat who now teaches at the Geneva Centre for Security Policy (GCSP). He is also a bureau member of Initiatives for Nuclear Disarmament (IDN). His new book Nuclear Weapons: Let’s Eliminate Them Before They Eliminate Us, published by L’Harmattan in Paris, is available in print and e-book.