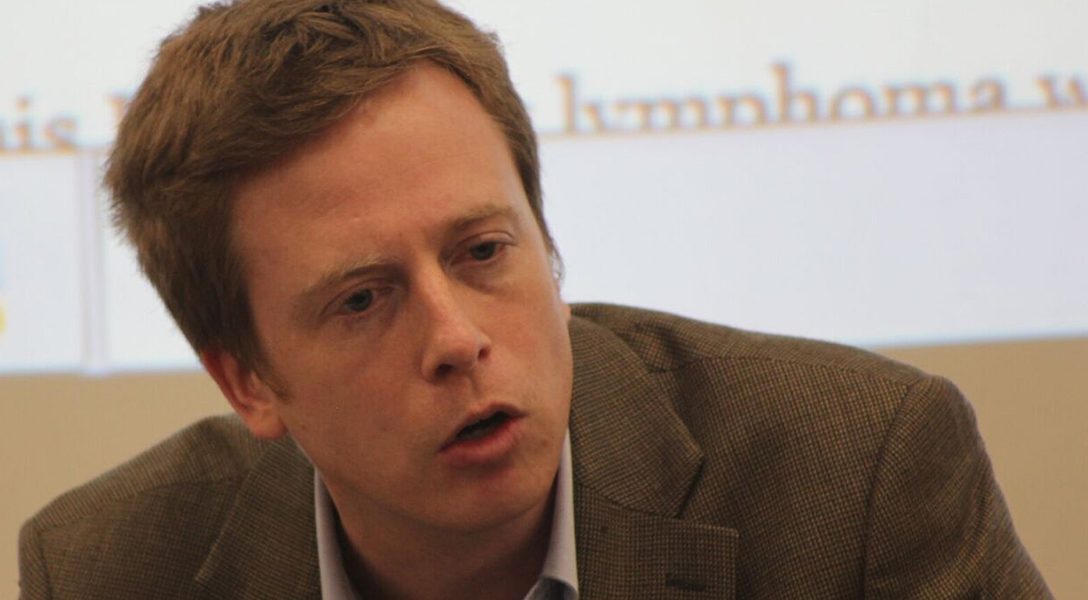 Day after day headlines blare throughout the world about the attempts of governments to stifle freedom of speech, freedom of the press, and the freedom of people to associate online and off with whomever they choose.

The story of Barrett Brown, his work as both an activist and a journalist, should be better known, since it is one of the most telling illustrations of how we got to today’s climate of fear. In 2013, when few in the mainstream media were even noticing, WhoWhatWhy sat up, took notice and published this remarkable and prescient account of one man’s battle against government overreach.

Now that Brown is out of prison and once again speaking out — and doing regular podcasts for this site — we thought it was a good time to go back and take a look at our account of the nightmare that changed everything for him.

As we mentioned previously, Brown felt the story below truly reflects his experience:

“The piece published by WhoWhatWhy in 2013 was the first to provide a comprehensive explanation of what it was that my associates and I had uncovered to prompt one of the most bizarre and draconian criminal investigations in public memory. Four years later, that article remains the single most comprehensive summary of the private-public intelligence nexus that my Project PM organization documented. Well before The New York Times and its ilk came to understand what my case meant for the country as a whole, WhoWhatWhy had already told the story best.”

Alleged “hacktivist” Barrett Brown, the 31-year old mislabeled “spokesman” for the shadowy hacker collective known as Anonymous, faces federal charges that could put him away for over a hundred years. Did he engage in a spree of murders? Run a child-sex ring? Not quite. His crime: making leaked emails accessible to the public — documents that shine a light on the shadowy world of intelligence contracting in the post-9/11 era. The Barrett Brown case is simply the latest in a string of prosecutions in which the government pursues anyone involved in making information “liberated” from governmental or corporate entities easily accessible to the public. Those targeted are not necessarily accused of the illegal entry itself (the “hack”) or violating contracts (as in the case of a “leak”). These are people performing a function analogous to that of a newspaper — yet they can face prison sentences longer than those prescribed for murderers, rapists, and terrorists.

The Obama administration’s assault on accountability is dual-pronged: attack the messenger (as in the case of Brown, WikiLeaks, even New York Times reporters) and attack the source (Bradley Manning, John Kiriakou, Thomas Drake, etc.). In fact, seven of those sources have been indicted as traitors under the 1917 Espionage Act during the Obama years alone — more than double the “espionage” charges against whistleblowers by all previous presidential administrations combined.

The Espionage Act is a draconian relic from World War I designed to prevent infiltration by foreign agents, like those of the Kaiser’s Germany. It has a sordid history as an instrument against American dissenters who leak to the media, including Pentagon Papers whistleblower Daniel Ellsberg, but has been used sparingly hitherto — until Barack Obama’s administration. Round one of his travails began on March 6, 2012, when FBI agents raided his Dallas apartment, looking for evidence related to the 2011 hack of emails belonging to Stratfor — a private firm with substantial links to the American intelligence community. Brown sought refuge at his mother’s, but special agents arrived there as well, later in the evening. Although the feds found no incriminating evidence, they continued to harass Brown and his family, threatening to file obstruction of justice charges against Brown’s mother for hosting her son during the raid. This prompted Brown to record an ominous YouTube video threatening the special agent in charge of the investigation. He was arrested that evening and held for weeks without indictment, under the claim he was an imminent threat to the agent’s safety. In early October 2012, he was finally charged on a number of counts related to harassment of a federal officer.

On January 23 of this year came the coup de grâce. Brown was hit with a third round of federal charges — this time for allegedly concealing evidence during that initial March 2012 raid on his apartment

ProjectPM is a crowd-sourced research effort with several aims. First, to study  75,000+ emails pilfered by Anonymous from military and intelligence contractor HBGary Federal, and its parent company HBGary. Second, to post these raw, primary-source documents to a website where readers can edit and contribute further information. Third, to use these documents to map out the relationships between private contractors and the federal government that form our current national security state.

It isn’t hard to see the parallel with the case of free-information activist Aaron Swartz. On January 17, WhoWhatWhy wrote about the U.S. attorney for Massachusetts, Carmen Ortiz, whose avid prosecution of Swartz preceded his suicide, and focused attention on federal tactics and objectives. At the time he took his life, Swartz was facing a potential sentence exceeding 50 years — for attempting to release scholarly articles to the public. We laid out a number of other non-hacker related instances of prosecutorial overreach by Ms. Ortiz.  The article concluded that Swartz’s treatment wasn’t anomalous, but “a  symptom of the entire disease” that underlies America’s singular status as the world’s jailer — of those who anger formidable interests, and those without friends in the right places. Brown’s case is even more egregious. As even the government itself concedes, ProjectPM comes under the definition of the legitimate practice of journalism. Brown simply harnessed information gathered from someone else’s “criminal” hack. Then he used it to expose the foul and potentially illegal activities of  some of the world’s leading corporations — in partnership with secretive sectors of the government.”

Having received a vague warning the day prior, Brown sought haven at his  mother’s house while government agents raided his apartment. Once the FBI realized the laptop they were seeking was not at Brown’s flat, they headed to Ms. McCutchin’s place (Brown’s parents are divorced), confronted her son, and — according to  Brown — asked if he had any laptops he “wanted to give them.” When he  responded in the negative, they left in a huff, only to return later with another search warrant — this time confiscating the sought-after  laptop. As the investigation continued over the next few months, the feds could find no evidence on that laptop or anywhere else that related to criminal activity. That’s when they initiated a charge of  obstruction of justice against his mother.

The name Stratfor will be familiar to our readers. It has been in the news in the past. WhoWhatWhy recently produced an exclusive investigation with new revelations on General David Petraeus’s career-ending affair — based on documents obtained by the whistle-blowing group WikiLeaks from the same Stratfor email reserve to which Brown linked.

Brown was never indicted for the infiltration, per se. Instead, he was charged with “trafficking” in stolen material and “access device fraud” — as mentioned, for posting, in a chat room, a link to the e-mail cache. Apparently, buried in the thousands of emails was the private credit card information of a number of Stratfor employees.