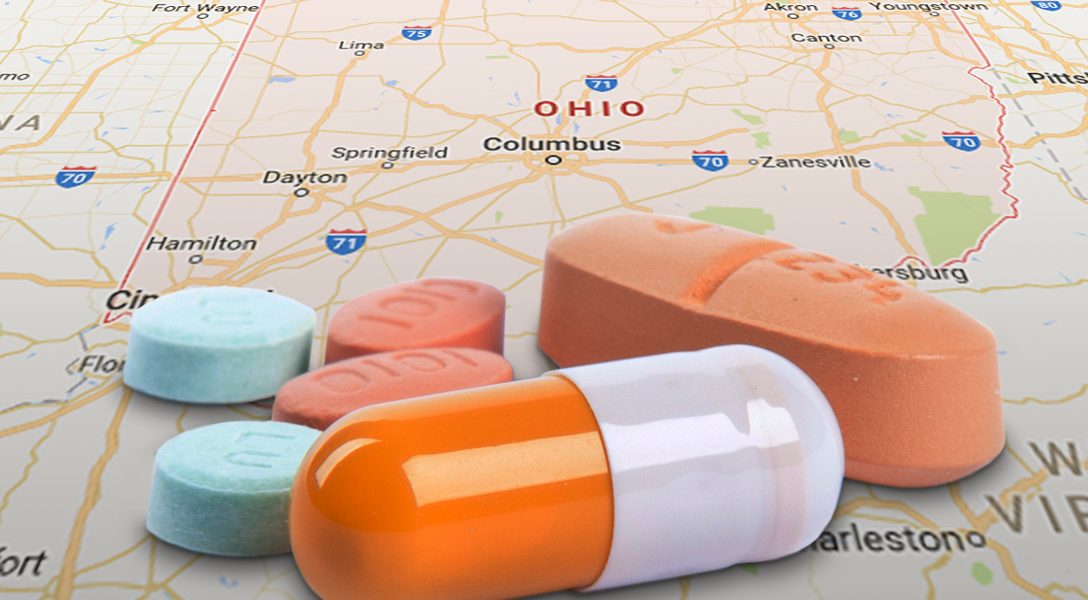 Skyrocketing drug prices are forcing millions of Americans to make tough choices. Will they spend their money on groceries or prescription drugs?

Will they be able to afford the prescribed dose of medicine or will they have to cut their pills in half to stretch out their medicine supplies?

According to the Kaiser Family Foundation, 44% of Americans worry about being able to afford their prescription drugs. Polls have consistently found overwhelming support by rank-and-file voters for drug price reforms, such as requiring drug companies to release information on how they set prices, allowing the government to negotiate with the drug companies on Medicare prices, and limiting how much drug companies can charge for pricey medications for illnesses such as hepatitis or cancer.

Yet, because of the immense political power of the pharmaceutical lobby, none of these proposals has ever come close to passing in Congress.

“The reason you hear people are going across the border to Canada to buy drugs is because Canada does not let drug companies get up one morning and raise the price of a drug by 400% like Mylan did with EpiPen.”

When it comes to campaign donations to members of Congress, Big Pharma is consistently near the top. Drug companies’ total contributions to candidates for Senate and House seats per election cycle have hovered around $30 million. Little wonder that earlier this year, a popular piece of legislation that would have allowed Americans to buy cheaper Canadian prescription drugs was easily defeated in the Senate by a vote of 52 to 46.

While Washington has largely failed to act on legislation to rein in the high price of many prescription drugs, this coming November Ohio voters will be able to vote on a ballot initiative that claims to do just that. The initiative would require Ohio state agencies that buy prescription drugs to purchase them at the same discounted rates that the Veterans Administration (VA) pays, which is 20 to 24% less than the going market rate. Supporters of the initiative state that it would lower drug costs for four million Ohioans and save Ohio taxpayers $400 million a year.

Backers of the initiative are banking on grassroots anger at the high costs of medicine to put the measure over the top this November. Recent headlines about Mylan jacking up the price of the drug EpiPen 400% have helped stoke consumer outrage. Martin Shkreli, former CEO of Turing Pharmaceuticals and recently convicted of three counts of securities fraud, became Public Enemy #1 in the eyes of many when he raised the price of the life-saving anti-parasite drug Darapin over 5,000%.

Initiative backer Dr. Robert Ruff, a former chief neurologist for the Veterans Health Administration (VHA) stated, “It’s somewhat akin to a mugger confronting an innocent person on the street. They either pay or they suffer the consequences of not paying, which can be death due to untreated illness or severe consequences of undertreated or improperly treated chronic illnesses.”

The US per capita spending rate for pharmaceuticals was pegged at $1,025, almost twice the rate of comparable industrialized countries. But will voter anger be strong enough to overcome the deep pockets of the pharmaceutical industry come election day in Ohio?

If recent history is any guide, the odds are against Ohio activists. In November, 2016 after being outspent almost five-to-one by the pharmaceutical lobby, an almost identical drug price reform initiative lost by a six-point margin.

The opposition bombarded California voters with commercials that said that even if the initiative passed, the price discounts could never be enforced. Videos aired telling voters that the measure would actually drive up drug prices for veterans and could also ultimately increase prices for state consumers. They also claimed the proposal would reduce patient access to medicines.

“… drug companies have misled Ohio and the American public by saying that these opioids that they were pushing through doctors and other medical facilities were non-addictive, when in fact they knew they were highly addictive.”

As of this date, campaign finance filings show that advocates of the initiative have raised over $6.2 million. That total is dwarfed by the amount that the main opposition group, Ohioans Against the Deceptive Rx Issue, have raised, over $15.8 million. And, as election day approaches, this margin is expected to grow even wider.

Just as they did in last year’s election, the opposition appears to be mobilizing a broad-based coalition of groups to come out against the ballot issue. So far, they claim to have the support of 50 organizations including the Ohio Veterans of Foreign Wars, the Ohio Hospital Association, the Columbus branch of the NAACP, the Ohio Nurses Association, and the Ohio Chamber of Commerce. In addition, they have lined up three former Ohio Medicaid directors to actively campaign against the initiative.

In California, the opposition successfully raised doubts that the proposal could be implemented, even if it passed. In Ohio, political battle lines are being formed right now around the same argument. Ohioans Against the Deceptive Rx Ballot Issue, is currently blitzing the airwaves with charges that the initiative is unworkable. That is because, they state, the VA’s discounted prices are private/proprietary information and would not be available to the public. Since the initiative ties the price to the VA’s discounted rates, without knowledge of those rates, it could never be implemented, claims the opposition.

“How do we even know what that number (the discounted VA pharmaceutical prices) really is?” asked former Ohio Medicaid Director and initiative opponent John McCarthy in a July interview with The Courier. (WhoWhatWhy made repeated attempts to interview spokespersons from Ohioans Against the Deceptive Rx Ballot Issue but was turned down.)

Initiative backer Ruff claims this is false and that VA drug prices are public information. Dennis Willard, a spokesperson for the group supporting the proposal, Ohio Taxpayers for Lower Drug Prices, told WhoWhatWhy the three reasons Ruff is right. One, there is a website where you can go and check VA pricing for these drugs. Two, these are federal contracts that are open to the public through the Freedom of Information Act. And three, if it passes, Ohio law would mandate that the state would pay no more than the VA pays for these drugs, so residents would have the full force of the State of Ohio behind their efforts.

Willard has rebuttals for the opposition’s other arguments against the measure. He states that by law the pharmaceutical companies are required to sell drugs at a discounted price to the VA, answering the charge that any discounts could be wiped out by the drug companies simply raising their VA rates.

The opposition is airing another criticism (similar to one used in California) that the formulary lists of the VA and Ohio state agencies are so different, that if the initiative passed there would be a significant amount of prescription drugs not on the VA’s formulary list, and therefore Ohio residents using those drugs would not be eligible for the VA discounted rates. But according to Ruff, the VA’s formulary covers almost all the drugs on Ohio’s formulary, about 98%.

For Willard, the bottom line in the campaign is, “The people that are saying ‘no’ to this issue want the status quo because it is profitable for them. So, when you see any ads or any arguments against this issue, remember that it is being paid for by the drug companies that are excessively profiting from the current, status quo, system.”

Other Points of Contention — The Sound and the Fury

The outcome of the election might hinge on which side successfully paints the other as extreme or an outlier. Willard’s worldview clearly sees the US system as the exception. “…The reason you hear people are going across the border to Canada to buy drugs is because Canada does not let drug companies get up one morning and raise the price of a drug by 400% like Mylan did with EpiPen,” he said. “Instead there is common sense reasonable pricing, and these drug companies in Canada, Europe and Asia are making a profit, they are just not making excessive profits.” Not surprisingly, a major thrust of the opposition’s strategy is to portray initiative advocates as outside of the mainstream. They assert the Ohio drug price reform model is itself the outlier, having not been enacted by any state in the union. They cite last fall’s California vote. They also view its passage as a possible foot-in-the-door for price controls over other business sectors, and an infringement on the free enterprise system, a regulatory overreach. With prospects that the pharmaceutical industry will launch an all-out media blitz against the initiative in the weeks and months leading up to the November vote, the overarching question on its outcome boils down to this: will grassroots anger at the high costs of prescription drugs be able to overcome the powerful opposition of the Pharma industry?

Vladimir Kogan, a professor of Political Science at Ohio State University who specializes in state and local politics, is bearish on the initiative’s chances. He cited the fate of a similar initiative in California in 2016, when that state’s liberal-leaning electorate, in a high-turnout presidential election year, voted down a proposal to contain drug costs a wide margin. Ohio is not only a more conservative state, but 2017 is a lower-turnout, off-year election — two factors that should raise the odds against passage of this type of initiative, Kogan told WhoWhatWhy.

In addition, Kogan noted, while the general idea of reining in drug prices is popular among voters, translating that anger into support for a concrete proposal is another matter. In his opinion, this is due to the millions of dollars of negative advertising by the pharmaceutical industry, advertising that will zero in on the least popular sections of the initiative.

“A good example of that is the pension reform proposal that Governor Schwarzenegger placed on the California ballot years ago. It was a very broad initiative but the opposition focused on a provision that would have taken pension money from the widows of police officers. The opposition made that one provision the largest issue in the election, overshadowing the total proposal and it went down to defeat,” Kogan explained.

I would also like to point out there has been a seismic shift in Ohio this year and across this country. The Ohio Attorney General is now suing drug companies for their role in creating the heroin epidemic in Ohio…based on the idea that drug companies have misled Ohio and the American public by saying that these opioids that they were pushing through doctors and other medical facilities were non-addictive, when in fact they knew they were highly addictive. People are really angry at exorbitant drug prices … We think there is going be a real backlash at the polls this year…

Both Kogan and Willard agree that if the Ohio initiative passes and succeeds in making prescription drugs more affordable, the political impact will be enormous. They told WhoWhatWhy that such an outcome would jumpstart similar state legislation and ballot initiatives around the nation. In a few months, Ohio voters will weigh in on the future of drug pricing, not only for their own state but for the rest of the country.