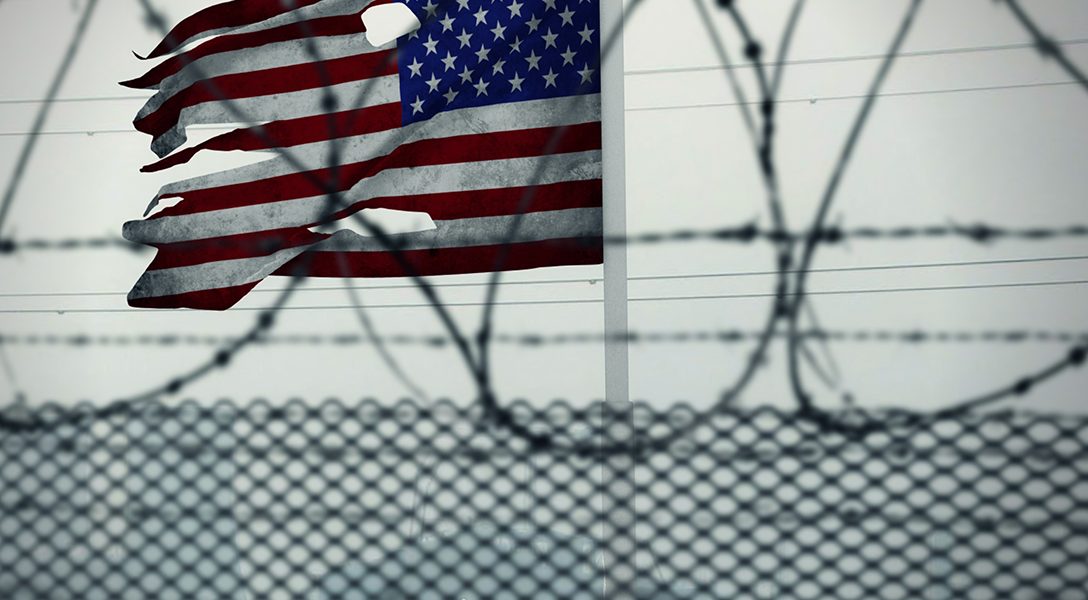 For decades, activists have tried to highlight the many problems plaguing the US criminal justice system. Now that the opioid crisis has caused the number of whites in jail to skyrocket, maybe the government will begin paying attention.

It’s no secret that African Americans are vastly overrepresented in US jails and prisons. A new study shows, however, that this racial disparity in jails has narrowed considerably in recent years — but not all for the right reasons.

A New Look at the Racial Gap in Jails

But these figures are misleading. The much reported white-black disparity was essentially the result of a spike in black jail incarceration rates between 1990 and 2005. Since then, a big change has taken place, largely ignored by the mainstream media. According to a Vera Institute of Justice study, the rate of blacks in jail dropped after 2005, while that of whites rose substantially.

Evidence suggests that these changes were not the result of any plan, but rather a product of happenstance, Lenese Herbert, professor of law at Howard University, told WhoWhatWhy.

“The decline of hyper-incarceration of African Americans could be read as a victory,” Herbert said. But she is inclined to label it a “Pyrrhic victory.”

“When we as a society have become [so] used to race-based hyper-incarceration that we are surprised by its decline, [that] should sadden us,” she said.

Many studies have indicated several reasons that black Americans have higher chances of being incarcerated: blacks are more likely to have their cars searched, to be jailed while awaiting trial, and to serve longer sentences than whites for the same offense.

In addition, the Vera report lays bare another alarming trend. When broken down by region and jurisdiction, the data show that jail incarceration rates for both black and white Americans grew faster in rural jurisdictions than in urban areas.

One hypothesis is that urban areas are better able to tap into programs designed to keep people out of jail, while rural areas may struggle with a shortage of trained addiction professionals and a lack of nearby drug treatment services. Behind the Changing Jail Demographics

Whatever the reason, the US saw a significant shift in opioid usage from the 1960s to the 2010s. This trend is spelled out in a paper in the JAMA Psychiatry journal, titled “The Changing Face of Heroin in the United States.” Three-quarters of survey respondents stated they were from rural or non-urban areas, and more than 90% were white.

The Vera report also focused on the impact of the opioid epidemic in America. The researchers stated, “The crisis has largely been one affecting white people, who accounted for nearly 90 percent of new opioid users between 2000 and 2010, and suffered 82 percent of all opioid-related overdoses in 2015. … [Prescription] opioid abuse has been concentrated in US states with large rural populations.”

People living in rural areas are “a particularly vulnerable population for opioid addiction,” says Matthew Ellis of Washington University in St. Louis. They are more likely to work at jobs that require manual labor, which may lead to “higher rates of chronic pain and stress,” and this, in turn, can lead to higher rates of “opioid consumption” — perhaps because of the lack of access to other pain-relieving options in rural areas.

So, do factors like increasing opioid use and the lack of drug treatment services in rural areas explain the higher incarceration rates for white Americans in recent years? Experts caution that more research is needed to conclusively tie all the threads together.

What’s certain is that incarceration rates for black and white Americans took different paths from 2005 to 2013. The surprising fact, summed up by Vera Institute researchers, is that “black jail incarceration rates are declining, while white ones are rising. This merits more attention.”

At the same time, the Vera study reminds us, black Americans are still “3.6 times more likely” to be in jail than white Americans.