What’s the Deal With: “Gain-of-Function” Research

Welcome to the inaugural column of “What’s the Deal With…?” In this occasional series, we’ll look at current topics everyone’s talking about but many of us don’t fully understand. Scientists, politicians, educators — pretty much every “expert” speaks in jargon. Not to worry — we’re here to guide you through the forest to help you better understand the issues facing us today and be better armed to make your own decisions.

A few weeks ago, the public discourse once again got entirely swallowed up in controversy over the origins of the novel coronavirus. Was it zoonotic, from bats or pangolins? Was it human-made? Was it released accidentally, or on purpose? In the kerfuffle (which has slowed but not stopped), the term “gain-of-function” was thrown around. Something to do with making microorganisms more dangerous? Or adding special features, like the bonus content on DVDs? This week, we’ll take a look at what gain-of-function means, why it’s important in medical science, and what it might have to do with the future of COVID-19.

Gain-of-function research is controversial. So controversial, in fact, that it’s nearly impossible to find one explanation. Instead, the term is defined based on the biases of the organization doing the defining.

Most people’s understanding of complicated terminology — or of how things like the internet were invented — starts with Wikipedia, so let’s start there. Wiki defines gain-of-function as medical research that alters an organism or disease — call it “cooties” — in a way that increases pathogenesis (the development of a disease), transmissibility (how easily cooties spread) or host range (which hosts cooties might infect). Gain-of-function research gives scientists a greater ability to develop vaccines and therapeutics, as well as a better understanding of future pandemics. It’s a tool for researchers to get a head start on developing  vaccines and treatments before cooties emerges and begins infecting people.

If Wikipedia emphasizes the benefits, others focus on the inherent dangers. The Alliance for Human Research Protection (AHRP), a nonprofit educational organization of medical professionals and laypeople, defines gain-of-function as “the euphemism for biological research aimed at increasing the virulence and lethality of pathogens and viruses. … These experiments, however, are extremely dangerous.” Further, the site says, “[Gain-of-function] experiments have neither prevented a pandemic, nor provided useful information about safe and effective pandemic countermeasures. … The experimentally altered pathogens have put the entire human species at risk.”

The AHRP represents a perspective we’ve been seeing a lot around discussion of the lab leak hypothesis: that gain-of-function means that a supercharged pathogen could accidentally escape the lab or intentionally be used as a bioweapon. This perspective seems especially prevalent in right-leaning media; some scientists, however, think those dangers are overblown.

Dr. Stanley Perlman, a professor of microbiology and immunology at the University of Iowa, noted in an interview that making a virus that can infect human cells in a lab doesn’t mean the virus is more infectious for actual humans. Viruses adapt to the cell culture, he said, “and may grow well in a cell culture but then, for instance, not actually infect mice very well.” 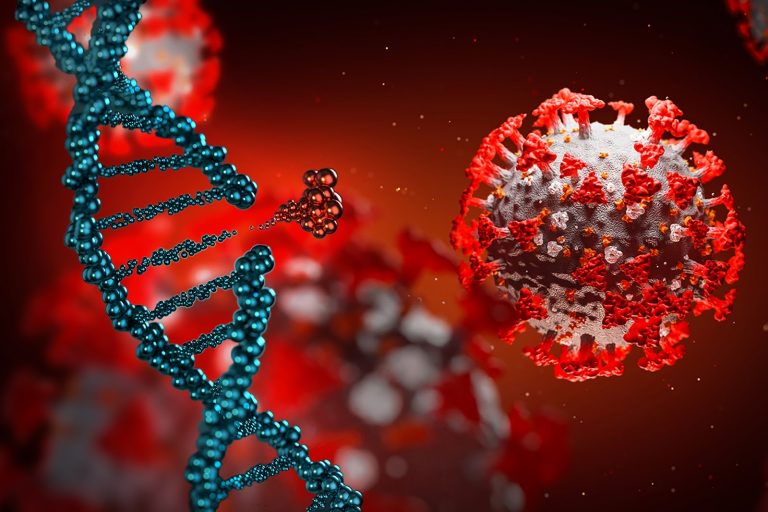 Everyone likes Legos, right? Build the original Death Star kit, then take it apart and recombine the blocks as you wish. Scientists have been doing something similar with DNA and RNA, the Lego blocks of life, since the 1970s. Through a technique called “serial passage,” researchers began experimenting with weakening viruses to learn how flu viruses evolve. “Gain-of-function” replaced the term “serial passage” around 2012 (though not all researchers agree with this terminology).

Gain-of-function research continued until 2014, when the Obama administration put a moratorium on federally funded gain-of-function research. Workers at the CDC might have been exposed to anthrax; vials of smallpox virus had been left in a National Institutes of Health  storeroom. At the time, controversy arose over research on the H5N1 Avian flu virus that may have contaminated ordinary influenza virus material.

In response, over 200 scientists signed the Cambridge Working Group declaration arguing for an end to experimentation creating potential pandemic pathogens “until there has been a quantitative, objective and credible assessment of the risks, potential benefits, and opportunities for risk mitigation, as well as comparison against safer experimental approaches.”

Three years later, the NIH lifted the moratorium and created a framework for guiding funding decisions about such research. NIH Director Francis Collins was confident that the new review process would “help to facilitate the safe, secure, and responsible conduct of this type of research in a manner that maximizes the benefits to public health.”

These fears around dangerous research are not unfounded. In fact, the first SARS virus escaped from a lab in Beijing back in 2004. Alina Chan, a molecular biologist and postdoctoral associate at the Broad Institute of the Massachusetts Institute of Technology and Harvard, noted, “If there are no accidents ever in the lab, that means you’re not doing any experiments.”

As for COVID-19, its origins are still murky. On May 14, the journal Science published a letter from 18 scientists calling for “more investigation” to determine how the SARS-CoV-2 pandemic began. “Theories of accidental release from a lab and zoonotic spillover both remain viable,” they wrote. “Knowing how COVID-19 emerged is critical for informing global strategies to mitigate the risk of future outbreaks.”

Chan remains certain that the question is not whether to proceed, but instead, how can we make research safer. Perhaps, she suggests, these labs should be located far from population centers, or researchers may need to quarantine after working at these locations. The origin of COVID-19 may never be known; there might always be obfuscation around whether the NIH funding of EcoHealth Alliance’s grant can be traced directly to gain-of-function research in Wuhan. But several things are clear: Research is vital to progress in health and medicine, and scientists need to take the lead in making research and its risks and benefits more transparent.