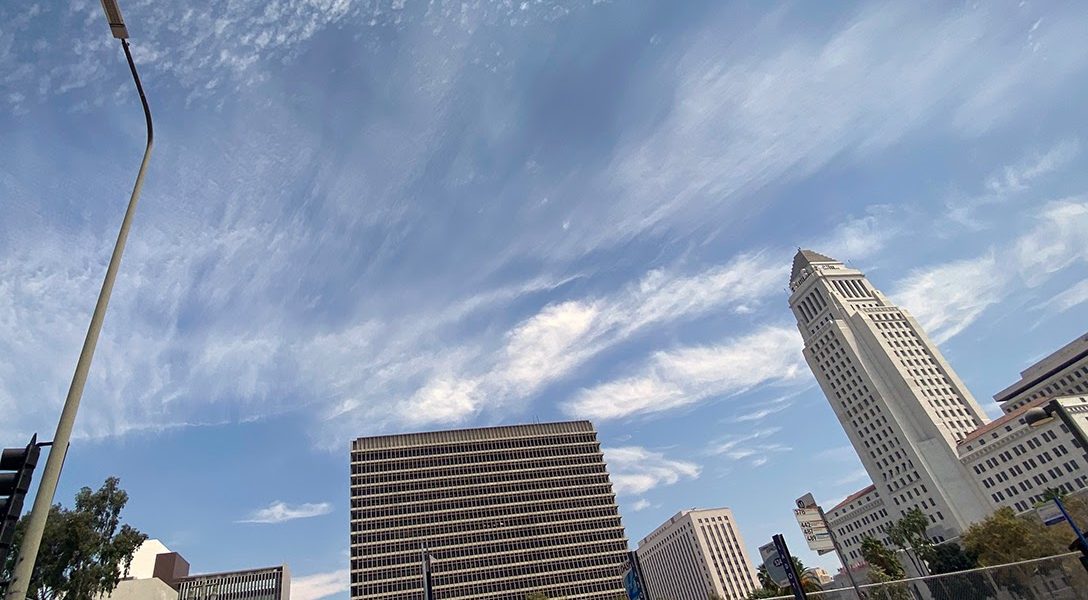 This Week in Pandemic: What Possible Good Can Come of This?

As COVID-19 cases in the US and beyond continue to soar, as hospitals continue to be overwhelmed, and as vaccine distribution continues to be uneven, our focus continues to be on the crisis parts of the crisis. That’s just human nature: Don’t turn your back on the saber-toothed thing — and really, you shouldn’t turn your back on anything with teeth resembling blades of any sort.

And yet it’s not unwise to take a look at the pandemic-inspired changes that one might, tentatively, call positive. We’ve had nearly a year to take a good, hard look at our civilization, and the pandemic has forced us to admit that, yes, a lot of it — civilization — is pretty crappy. It could stand to be a lot better.

Let’s look at some of those areas where, against all odds, things got better. Or might get better. Or got better and might stay better if we don’t regress to the old ways.

The Sweet Smell of City Life

In cities and towns around the world, the enforcement of lockdowns meant fewer vehicles on the roads, fewer planes in the air, and less carbon dioxide production generally. Air quality saw drastic improvements, which can only mean good things for pollution-related health issues.

During a few glorious weeks in March and April, citizens of Los Angeles experienced some of the best air the city had ever seen. People stumbled around in a happy, clear-eyed daze. The 10-15 minutes a day each Angeleno dedicates to grousing about the AQI was suddenly freed up to grouse about all-new concerns, which is progress. In Los Angeles and New York, street closures meant humans took back the streets from the urban apex predator, the car.

As cities reopened, the vehicles returned. But we had a taste of the sweet life, and some cities, like Seattle, are making street closures permanent. The shift to working from home makes it possible to imagine a total restructuring of cities: less vehicle traffic, more pedestrians and cyclists breathing freely.

Wait, We Don’t Have to Live Inside Stifling Germ Cartons?

Yes, fine, you say, the air got better outside, but that’s where trees and certain mean-looking birds live. What about the air inside of buildings, where important stuff like streaming services happens?

Conversations around building design came to include not just aesthetics, but physical health and well-being. “Ventilation” and “HVAC” became the watchwords of those aesthetes who are connoisseurs of clean air. So, sure, better air-filtration systems, but all of a sudden we’re talking about sensors for air-quality monitoring, wider, airier spaces, and better sound dampening, because quietude is good for blood pressure and mental health. If people demand better buildings as an adjunct to better streets and outdoor spaces, innovation will follow.

Is the Handshake Over? And Is That Good?

So — it’s a specious argument that the coronavirus will deliver us any unmitigated goods. Will cities, streets, and buildings evolve to look more like the classless utopias we were promised? Certainly, nothing’s changed with regards to profit motive, so a lot of this stuff is only relevant insofar as we shoulder-check the market toward making these changes. Otherwise, the changes can be profound but not necessarily good or bad.

Will handshakes ever be the same again? Who knows? The fist bump may be the true Gesture of the 21st Century.

Will work-from-home become a permanent thing? Do we want it to be? Will frustrated parents devour their young?

And if parents eat their young, will that contribute to a population dip? A bunch of scientists suggest that the pandemic will bend the “mating landscape” toward lower birth rates. We could do with fewer people — is this the way to do it?

If this sounds ambivalent, maybe that’s a better way to look at things. Another takeaway from those scientists? That the coronavirus is the latest in a long line of evolutionary challenges. It could affect human fundamentals like empathy or disgust. To reckon with these things, we have to be aware of them.

The greatest good to come of the pandemic is, for now, a potential good: that we are forced to reckon, to weigh, to act. We can’t just turn our back on the virus (see blade-toothed beasts, above). We know that, but we also have to recognize — and deal with — the fact that the village that’s supposed to protect us from those beasts is, in a lot of ways, a pretty crappy deal.

Ugh. In addition to everything else, 2020 has forced us to deal with evolution itself.